The Congress decisively rejects terrorism, i. e., the system of individual political assassinations, as being a method of political struggle which is most inexpedient at the present time, diverting the best forces from the urgent and imperatively necessary work of organisation and agitation, destroying contact between the revolutionaries and the masses of the revolutionary classes of the population, and spreading both among the revolutionaries themselves and the population in general utterly distorted ideas of the aims and methods of struggle against the autocracy. 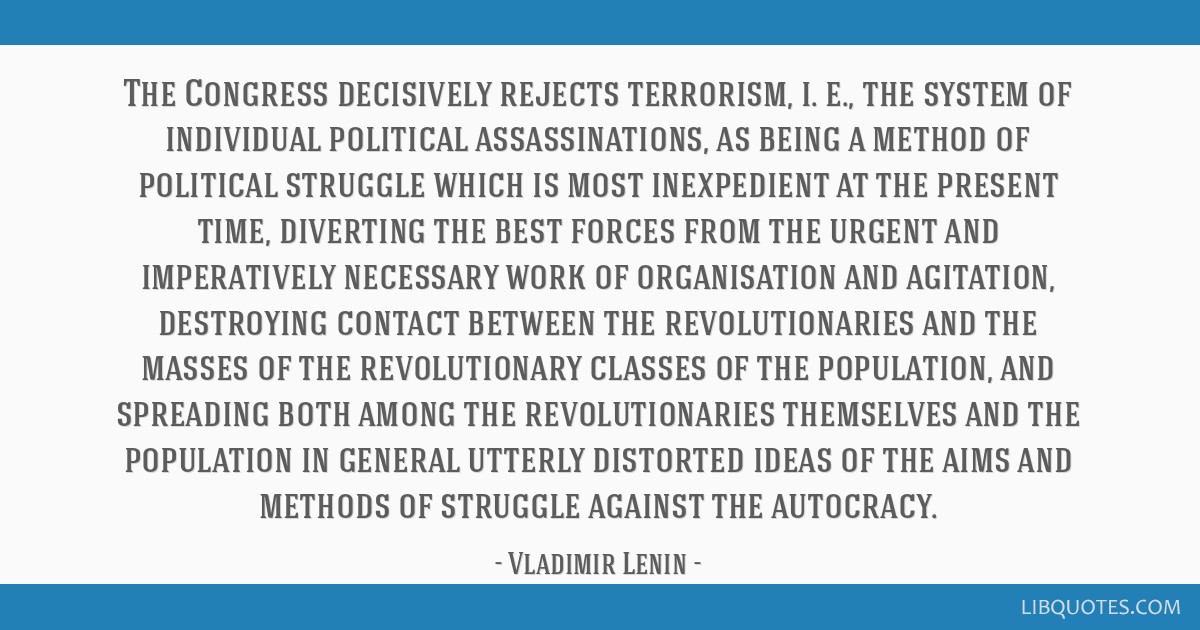 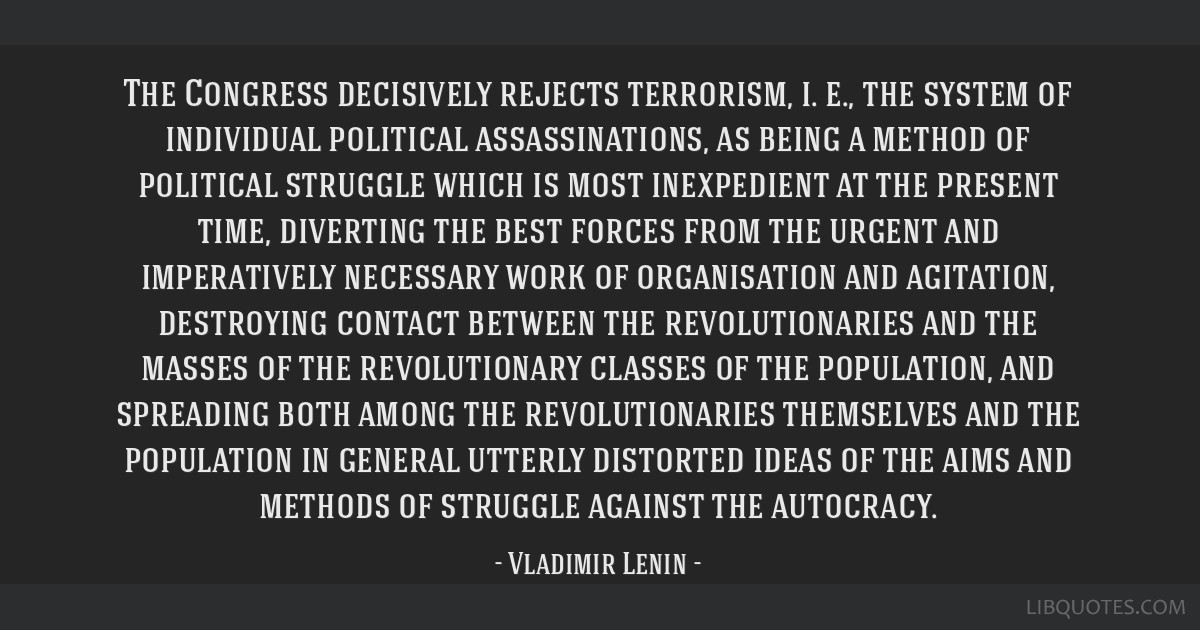 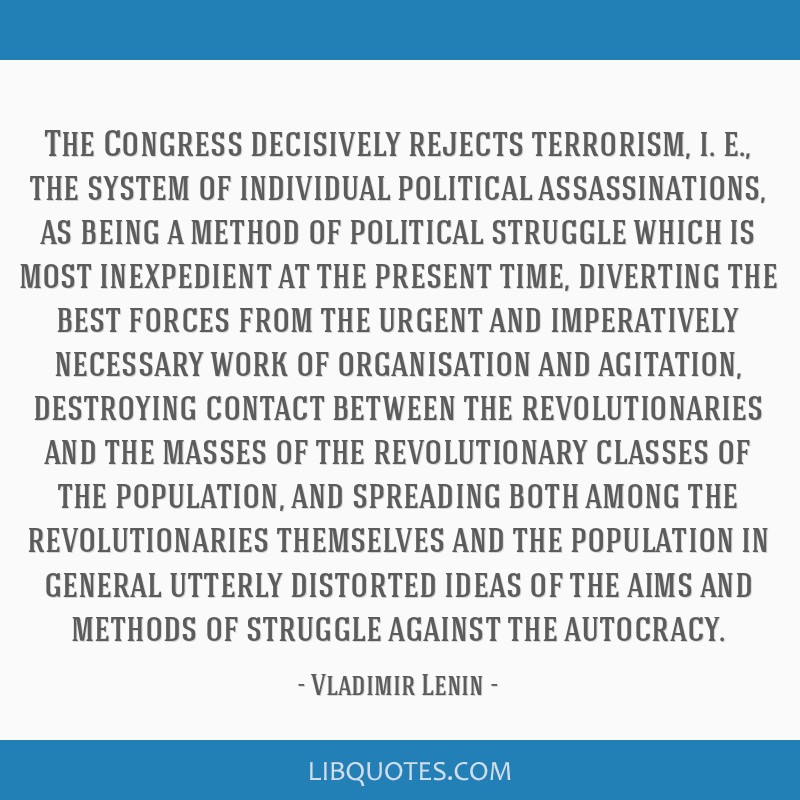 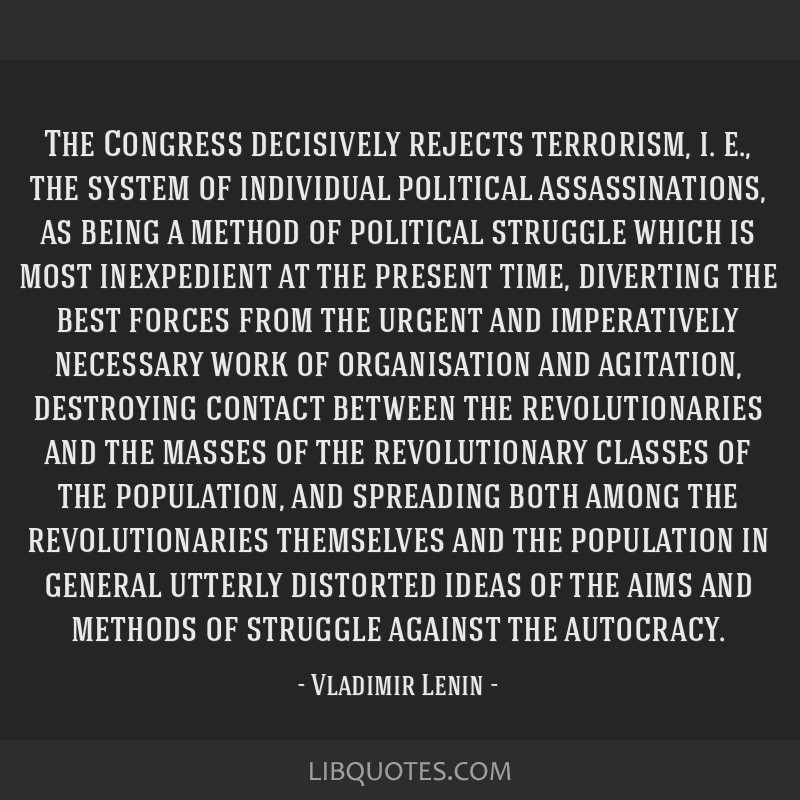