The Poor Peasants' Committees are necessary to fight the kulaks, the rich, the exploiters, who shackle the working peasants. But between the kulaks, who are a small minority, and the poor or semi-proletarians there is the section of the middle peasants. The Soviet government has never declared or conducted any struggle against them. Any steps or measures to the contrary must be condemned most vigorously and stopped. The socialist government must pursue a policy of agreement with the middle peasants.

"Draft of a Telegram to all Soviets of Deputies Concerning the Worker-Peasant Alliance" (16 August 1918); Collected Works, Vol. 28. 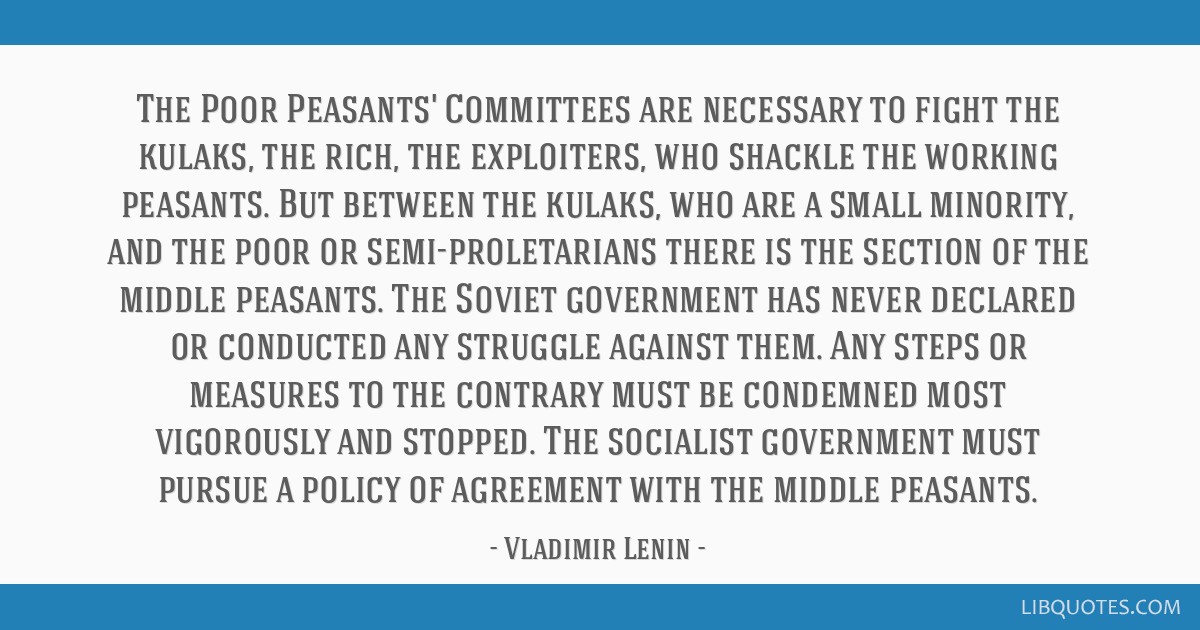 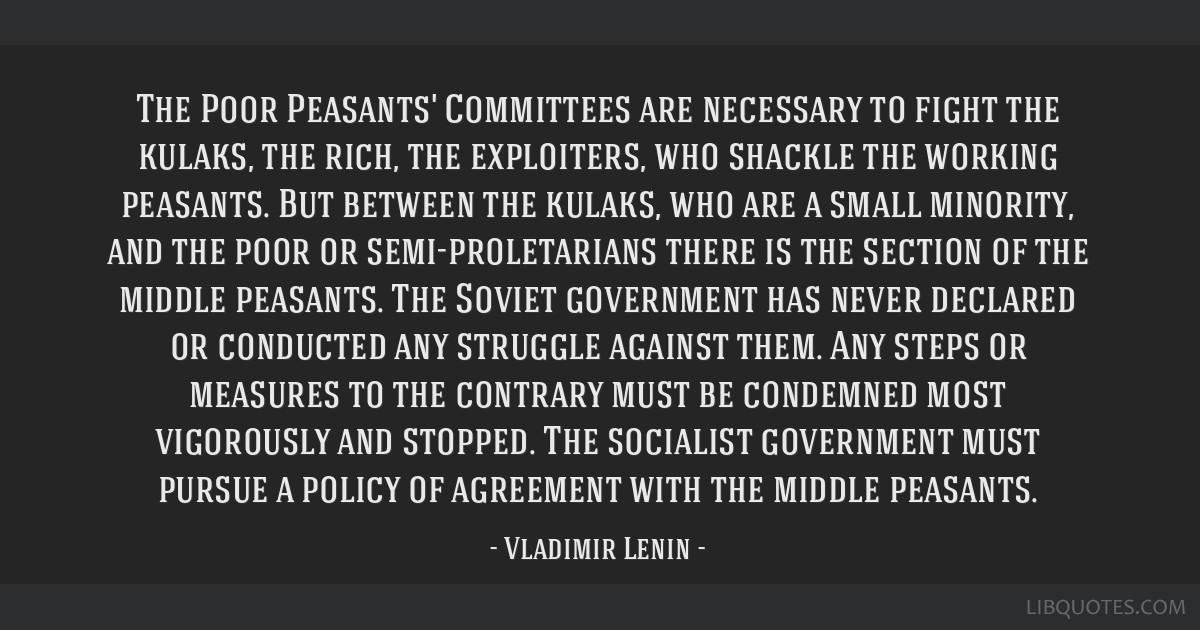 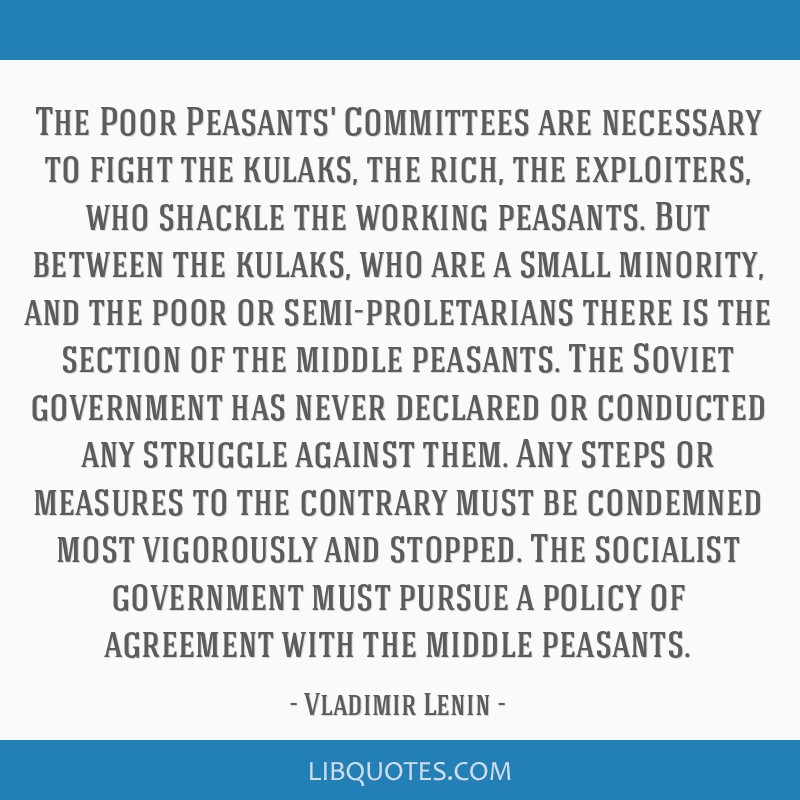 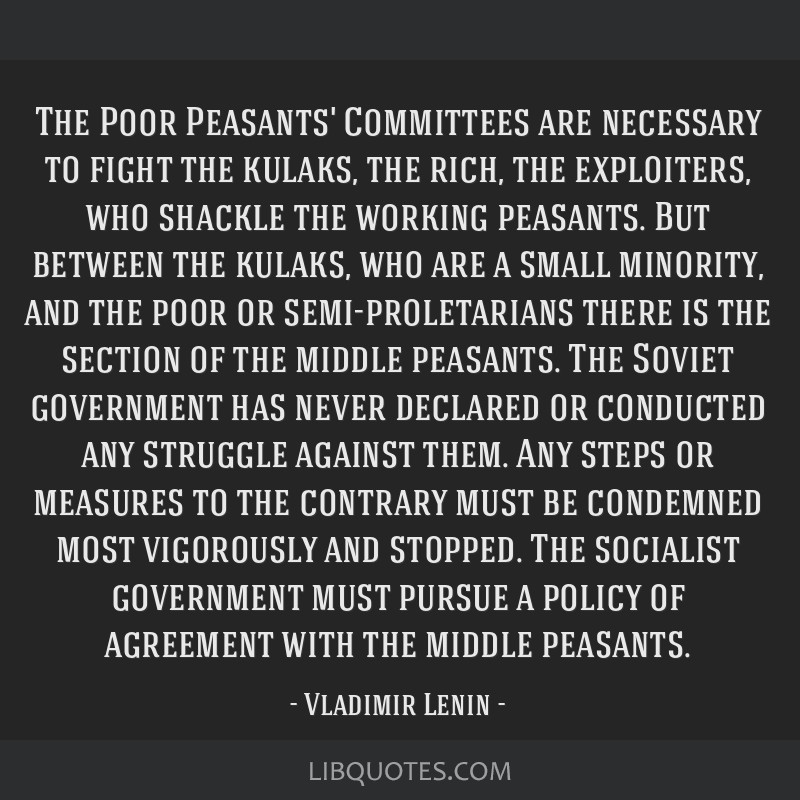