Every physicist (naturally, this equally applies to other specialities, but I re- strict myself to physicists for definitiveness) should simultaneously know, apart from theoretical physics, a wealth of facts from different branches of physics and be familiar with the newest notable accomplishments.

Vitaly Ginzburg
In the past century, and even nowadays, one could encounter the opinion that in physics nearly everything had been done. There allegedly are only dim 'cloudlets' in the sky or theory, which will soon be eliminated to give rise to the 'theory of everything'. I consider these views as some kind of blindness. The entire history of physics, as well as the state of present-day physics and, in particular, astrophysics, testifies to the opposite. In my view we are facing a boundless sea of unresolved problems. 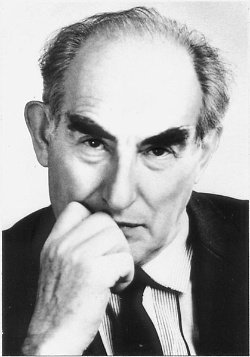 Creative Commons
Born: October 4, 1916
Died: November 8, 2009 (aged 93)
Bio: Vitaly Lazarevich Ginzburg was a Soviet and Russian theoretical physicist, astrophysicist, Nobel laureate, a member of the Soviet and Russian Academies of Sciences and one of the fathers of Soviet hydrogen bomb.
Known for: