Whether or not our position fairly can be charged as apolitical depends entirely upon how one defines political. If political be taken in the narrow sense, as signifying those means and methods the world regularly accepts as normative for its doing of politics, then the position of me and mine clearly and is that of apoliticism. If, however, political be understood in the broad, etymological sense, as identifying whatever actions have public effect upon the life of the city (polis), then there are no grounds for accusing either me or any of mine of advocating apoliticism. 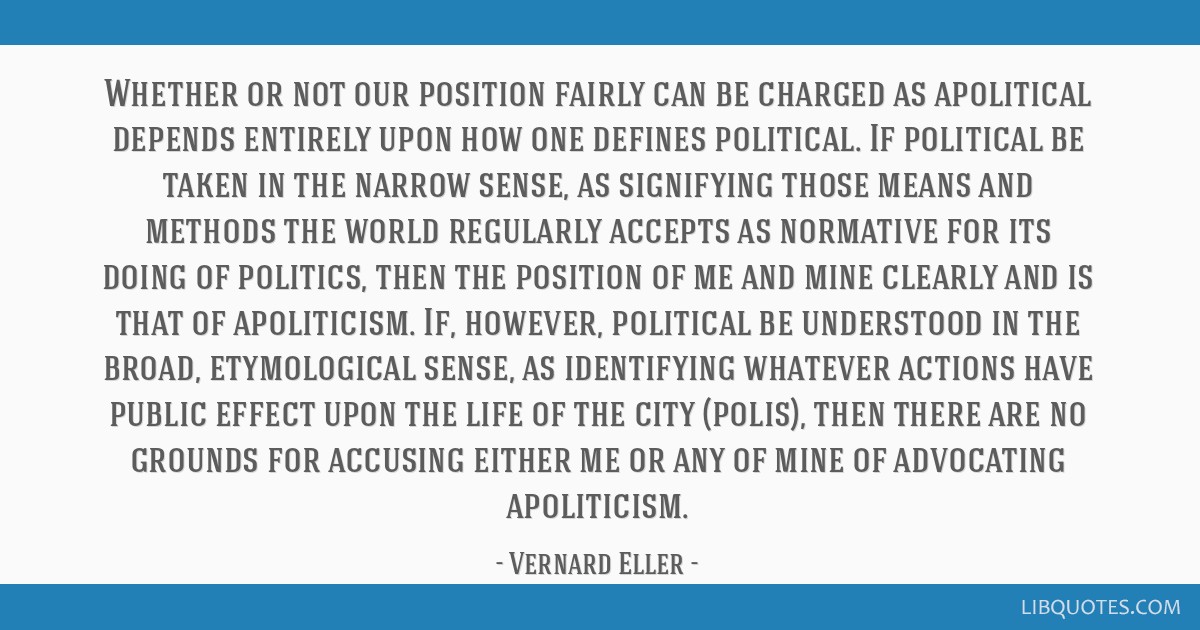 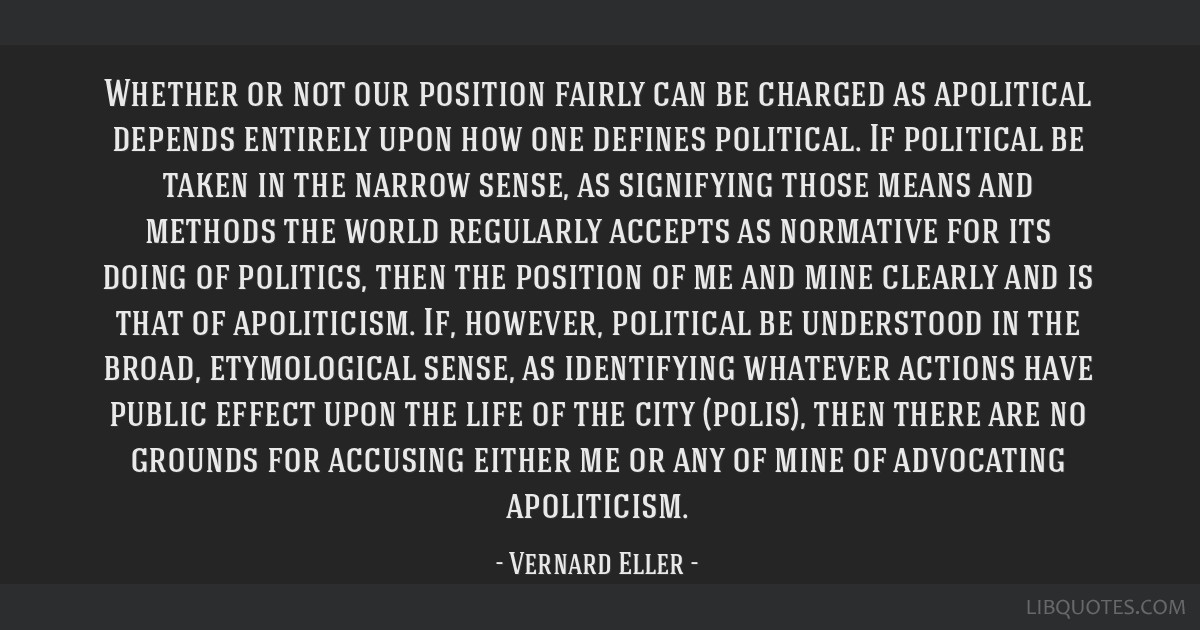 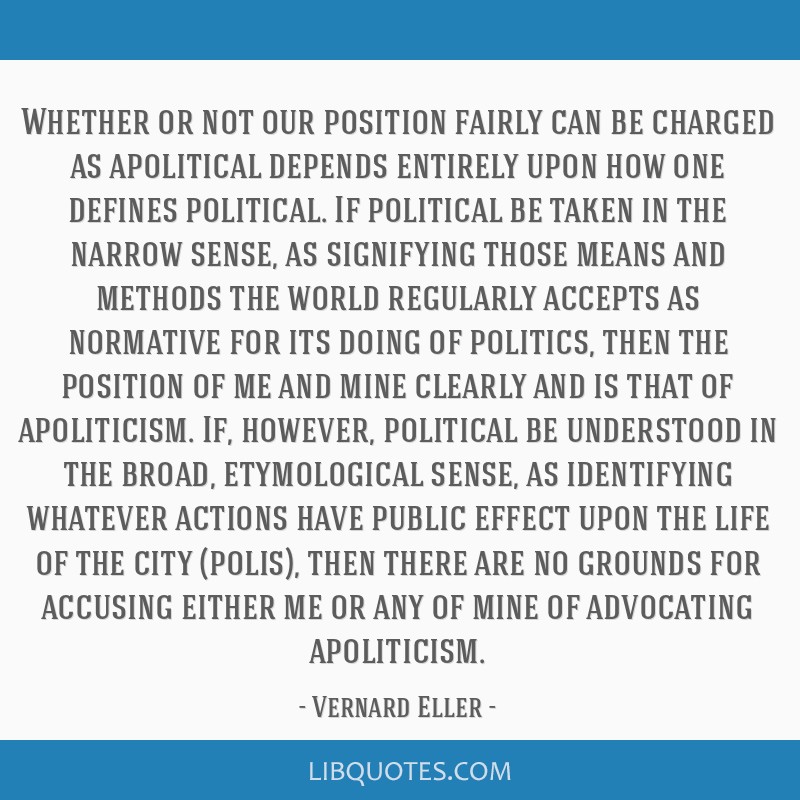 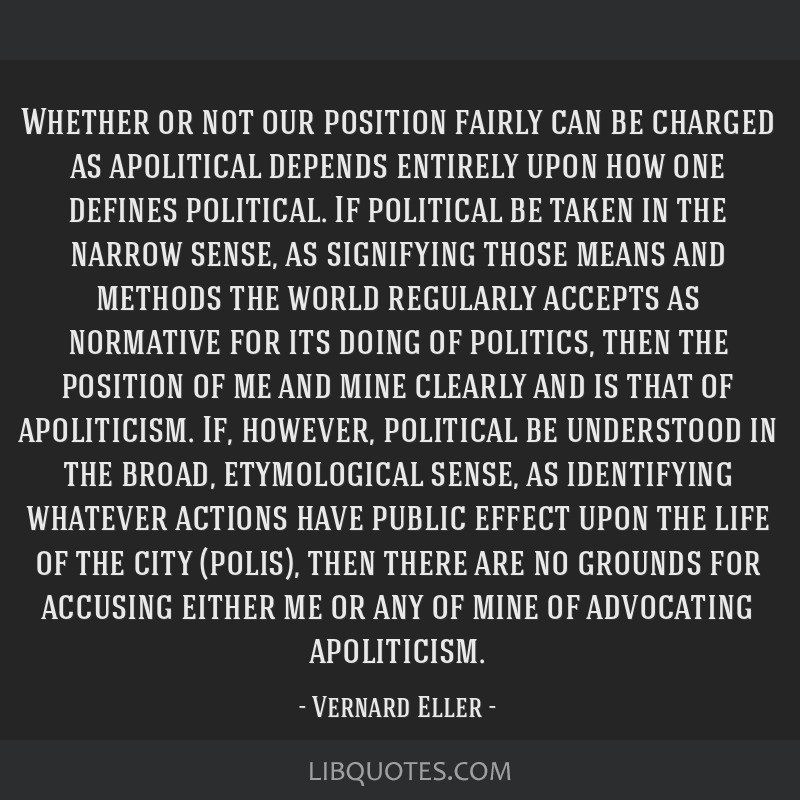