I don't think victory over death... is anything so superficial as a person fulfilling their normal span of life. It can be twofold; a victory over death by the man who faces it for himself without fear, and a victory by those who, loving him, know that death is but a little thing compared with the fact that he lived and was the kind of person he was. 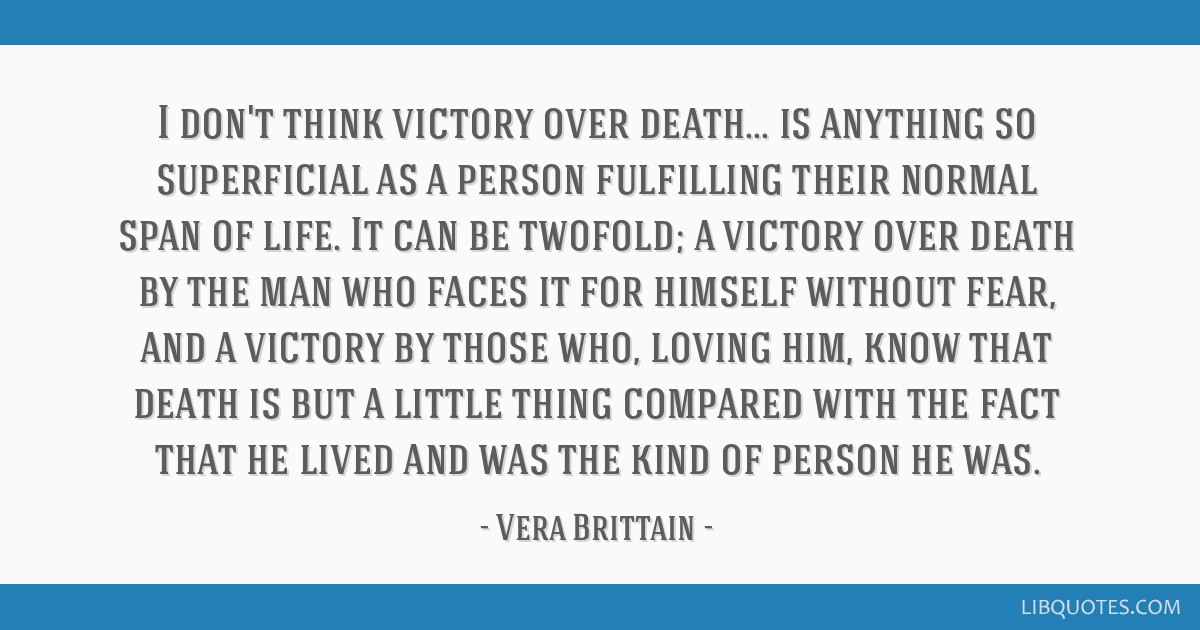 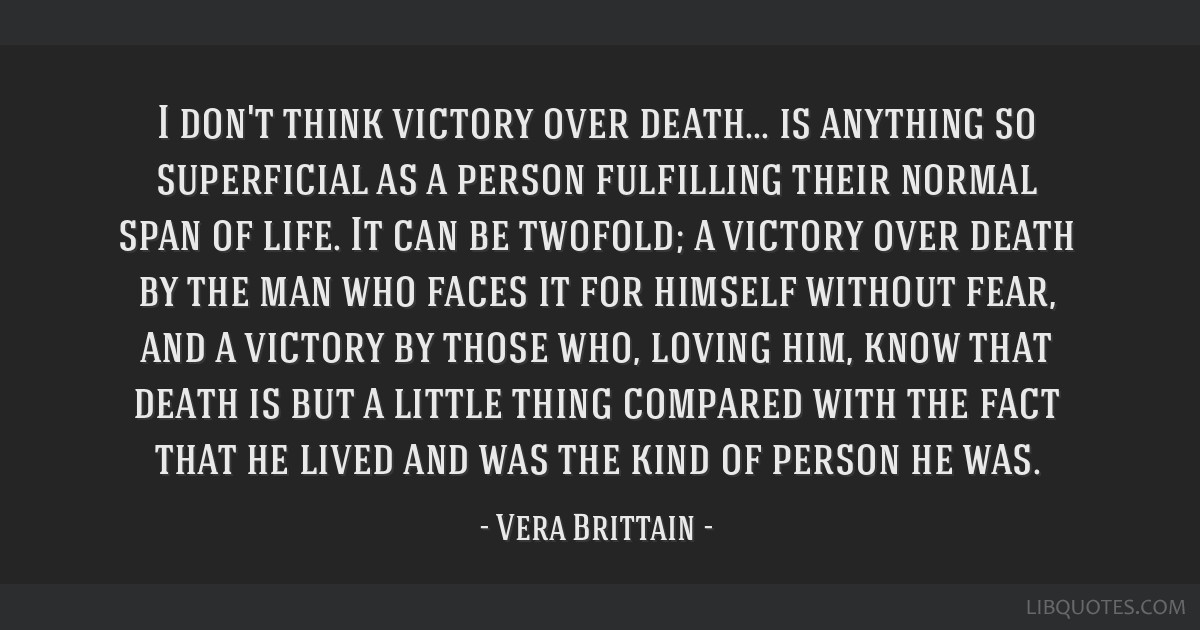 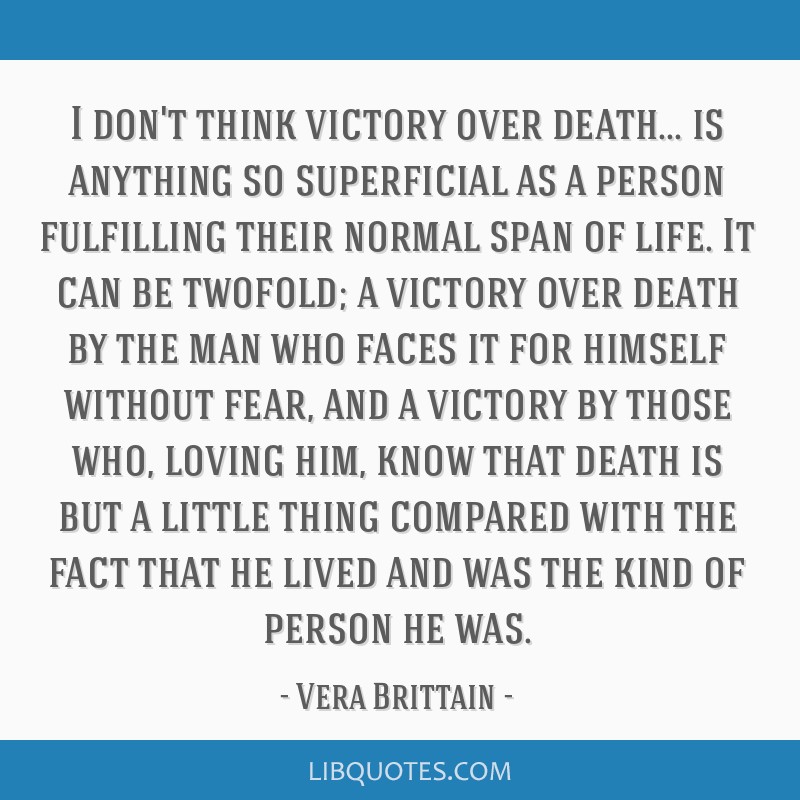 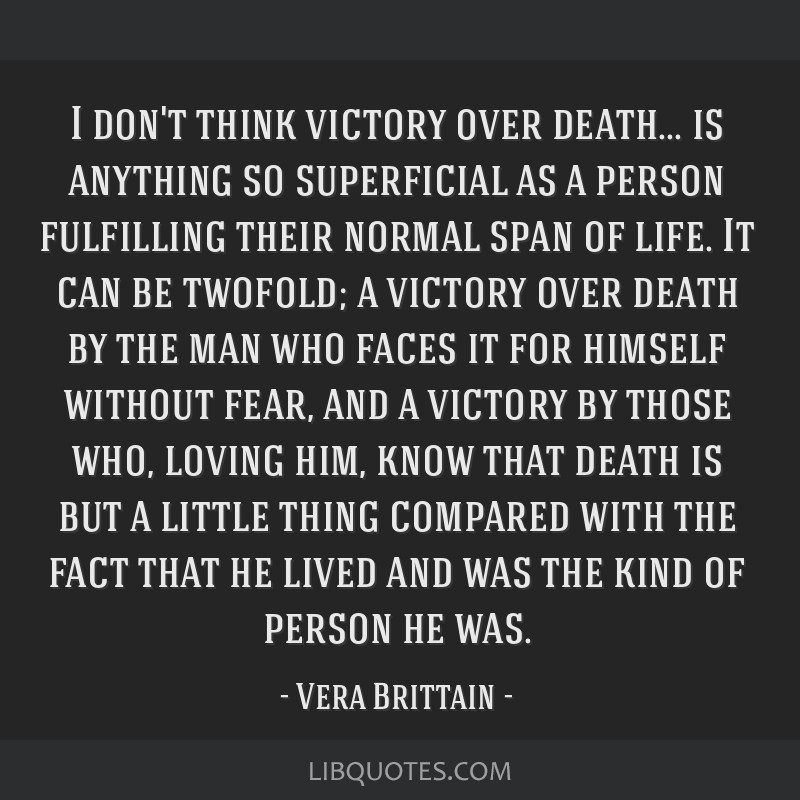