I thought this would be about the last battle of the war — I sincerely hoped so; and I said further I took it that most of the men in the ranks were small farmers. The whole country had been so raided by the two armies that it was doubtful whether they would be able to put in a crop to carry themselves and their families through the next winter without the aid of the horses they were then riding. The United States did not want them and I would, therefore, instruct the officers I left behind to receive the paroles of his troops to let every man of the Confederate army who claimed to own a horse or mule take the animal to his home. Lee remarked again that this would have a happy effect. 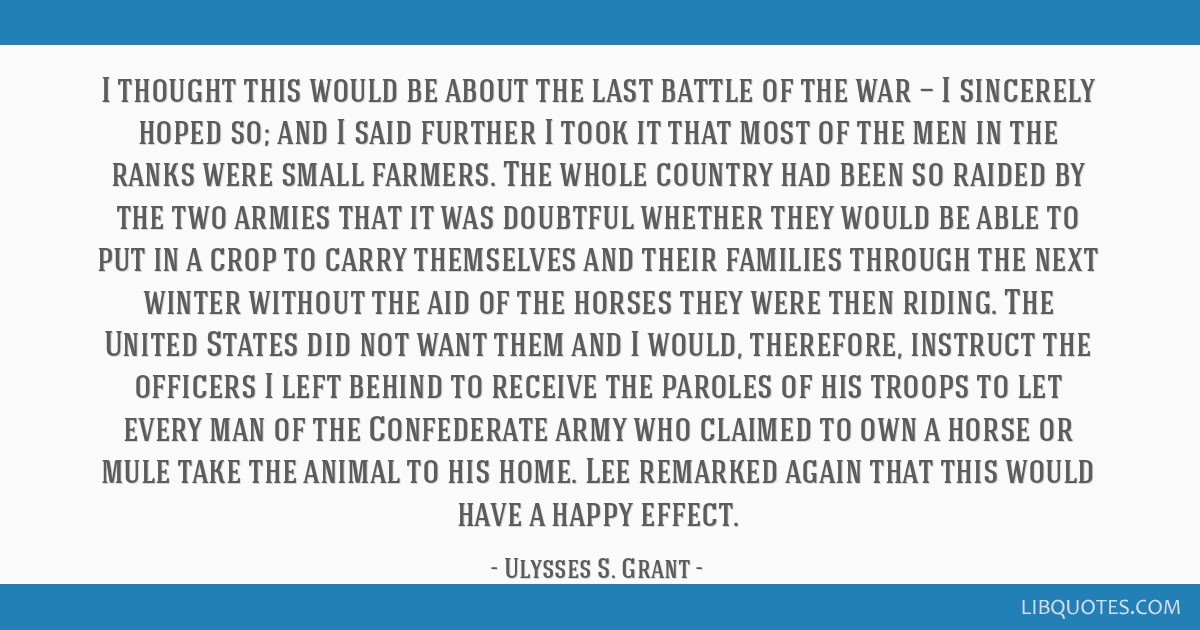 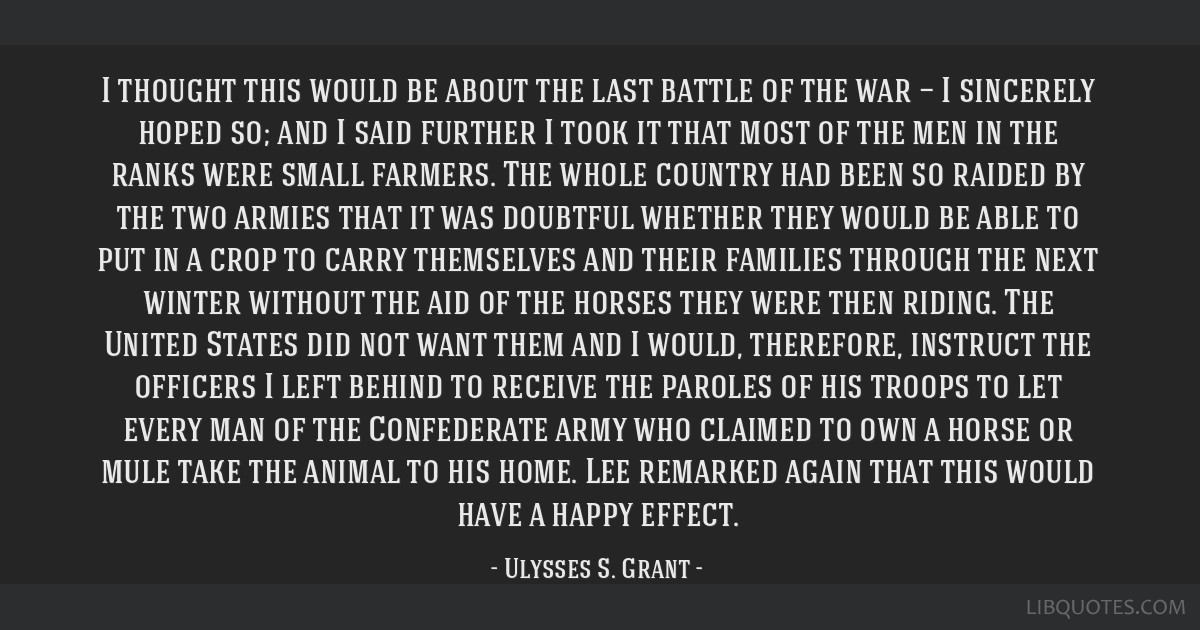 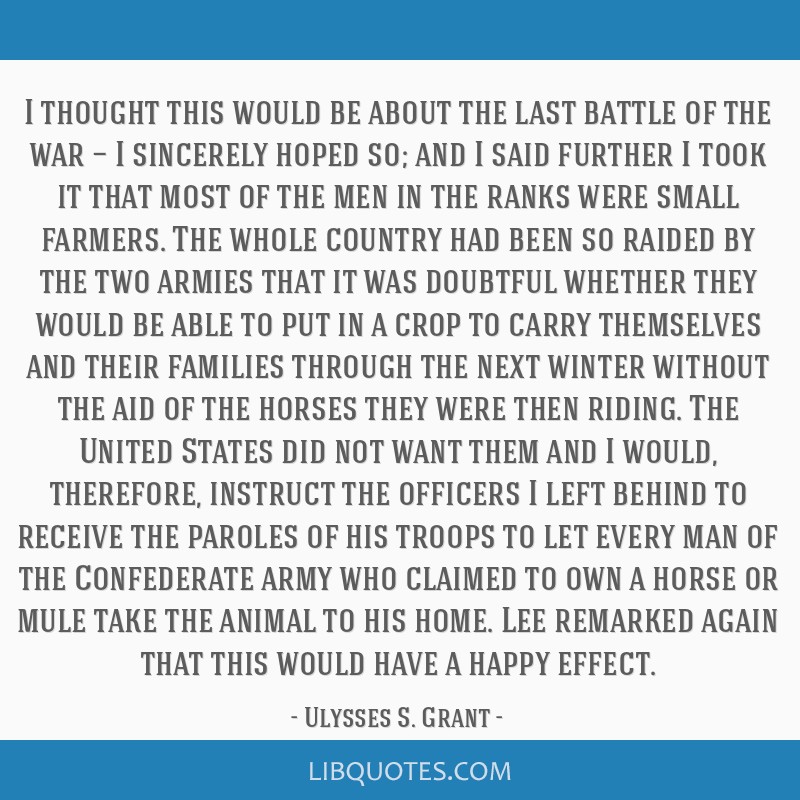 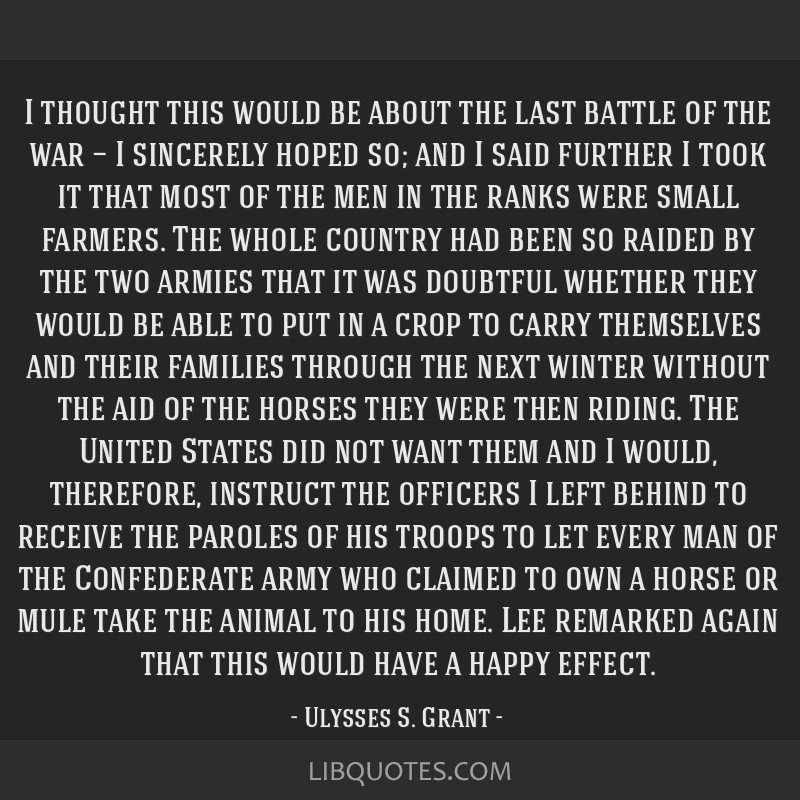