Our liberties remain unimpaired; the bondmen have been freed from slavery; we have become possessed of the respect, if not the friendship, of all civilized nations. Our progress has been great in all the arts—in science, agriculture, commerce, navigation, mining, mechanics, law, medicine, etc.; and in general education the progress is likewise encouraging. Our thirteen States have become thirty-eight, including Colorado (which has taken the initiatory steps to become a State), and eight Territories, including the Indian Territory and Alaska, and excluding Colorado, making a territory extending from the Atlantic to the Pacific. On the south we have extended to the Gulf of Mexico, and in the west from the Mississippi to the Pacific.

Seventh State of the Union Address (1875) 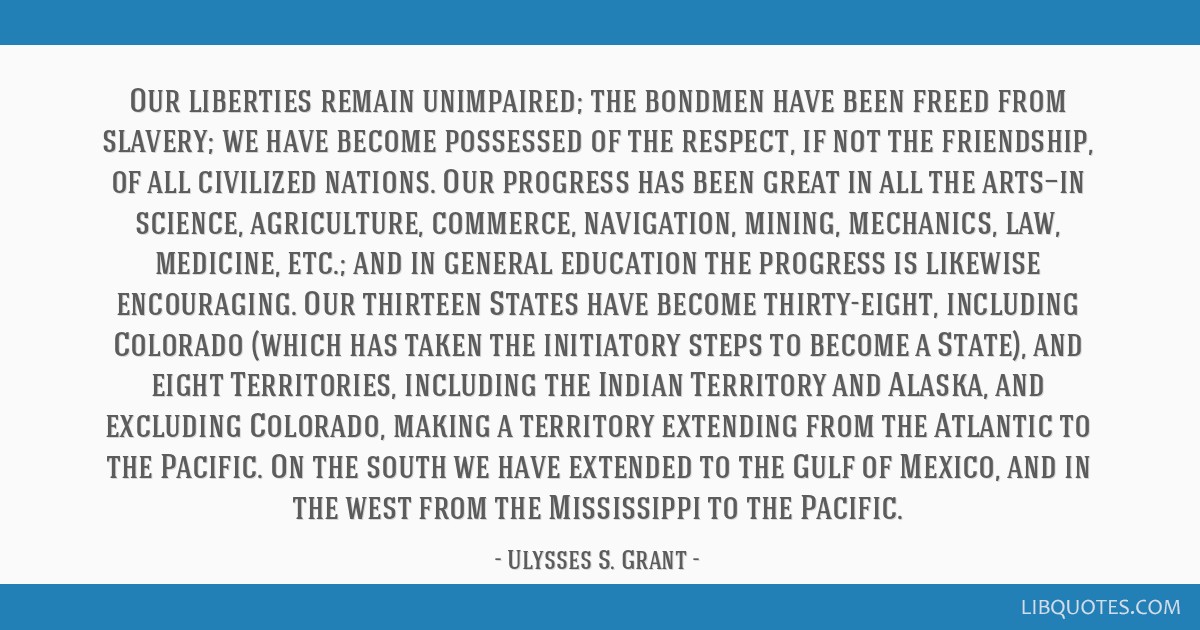 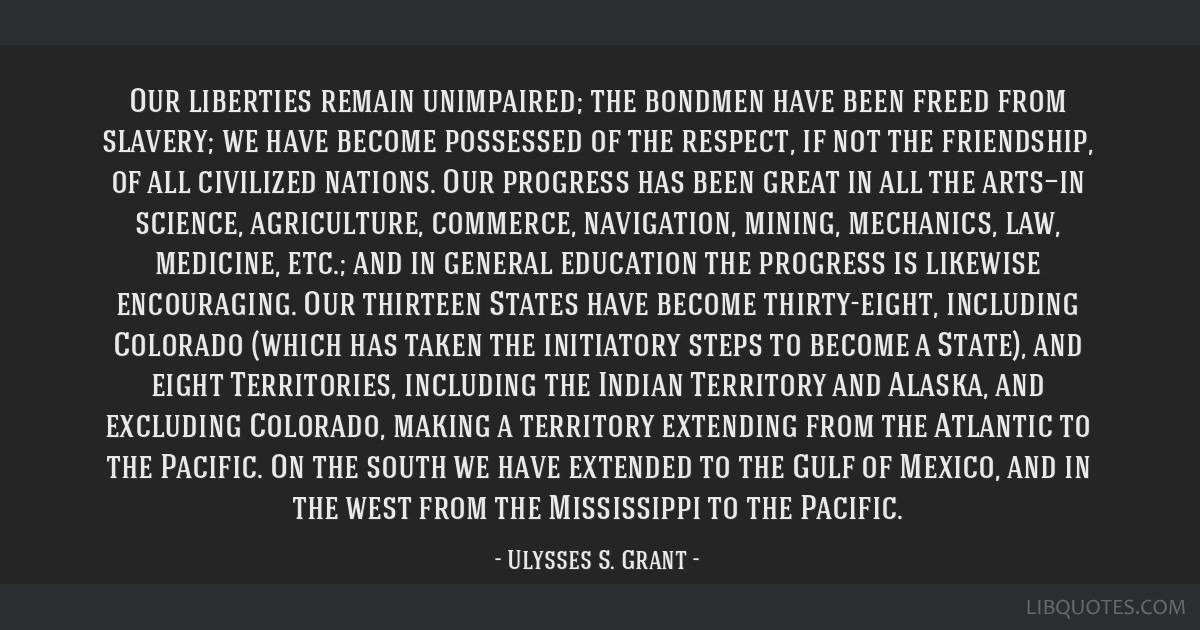 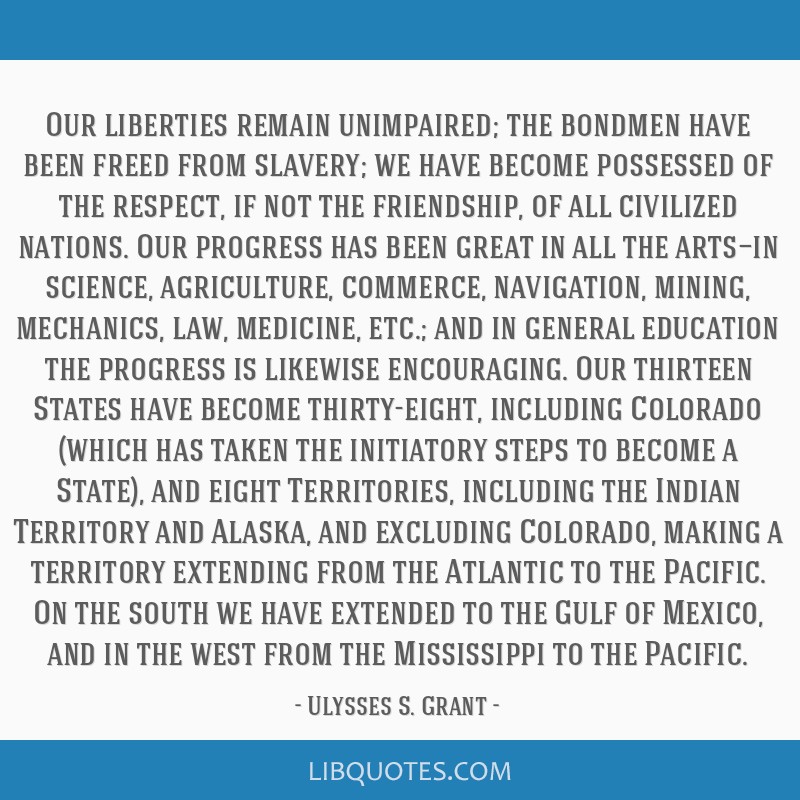 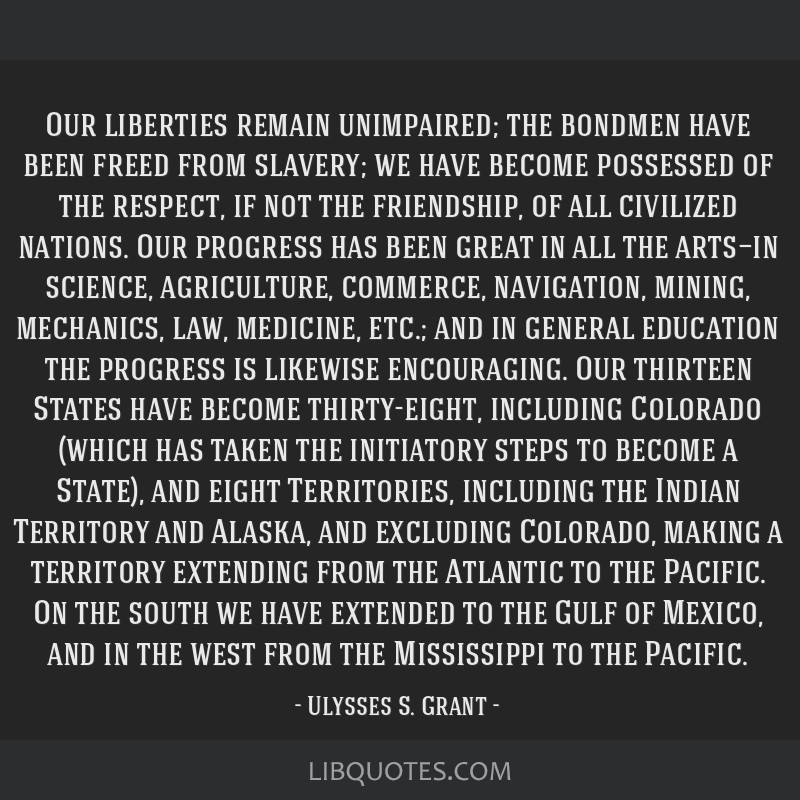