The United States, in order to put a stop to bloodshed in Cuba, and in the interest of a neighboring people, proposed their good offices to bring the existing contest to a termination. The offer, not being accepted by Spain on a basis which we believed could be received by Cuba, was withdrawn. It is hoped that the good offices of the United States may yet prove advantageous for the settlement of this unhappy strife. Meanwhile a number of illegal expeditions against Cuba have been broken up. It has been the endeavor of the Administration to execute the neutrality laws in good faith, no matter how unpleasant the task, made so by the sufferings we have endured from lack of like good faith toward us by other nations. 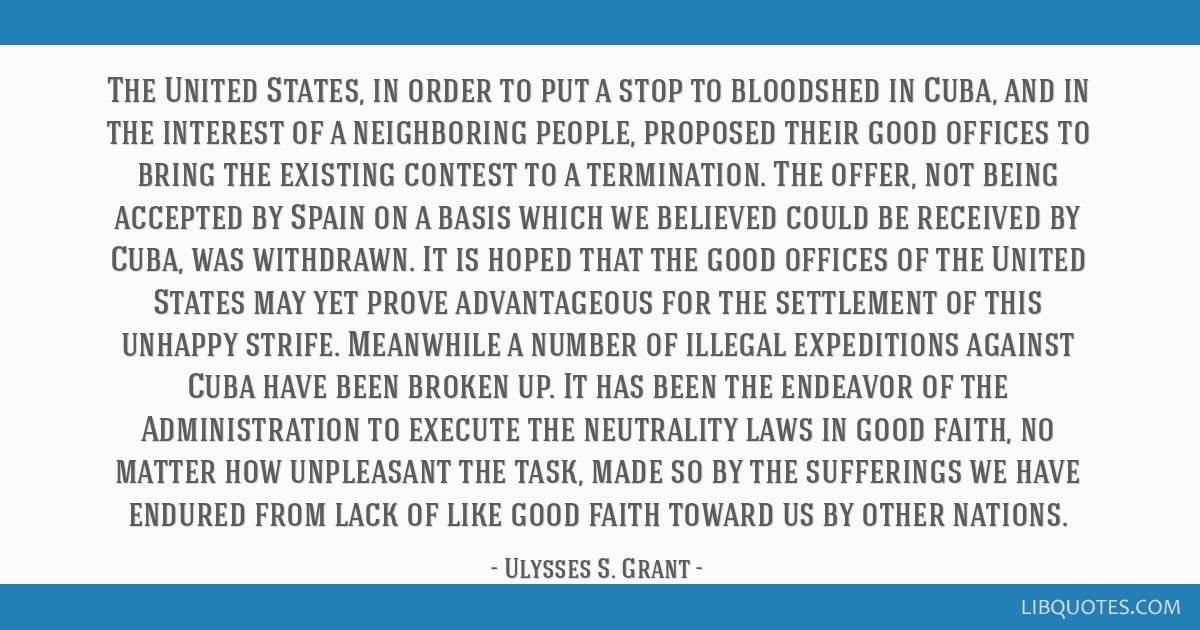 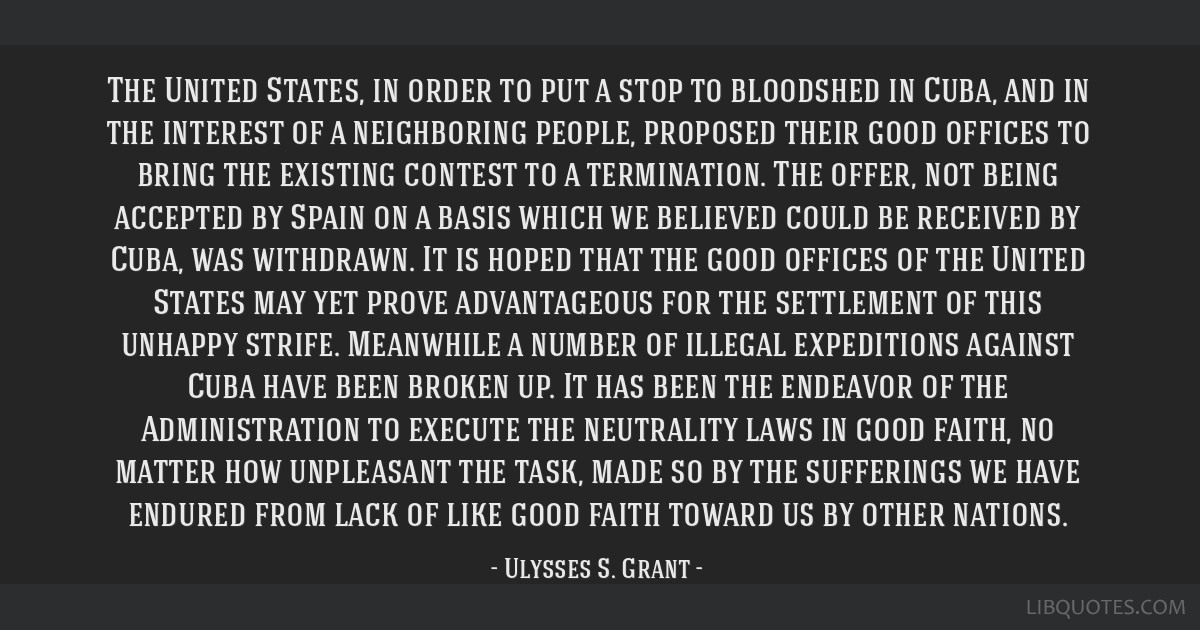