A measure which makes at once 4,000,000 people voters who were heretofore declared by the highest tribunal in the land not citizens of the United States, nor eligible to become so (with the assertion that "at the time of the Declaration of Independence the opinion was fixed and universal in the civilized portion of the white race, regarded as an axiom in morals as well as in politics, that black men had no rights which the white man was bound to respect"), is indeed a measure of grander importance than any other one act of the kind from the foundation of our free Government to the present day.

Message to the Senate and House of Representatives (1870) 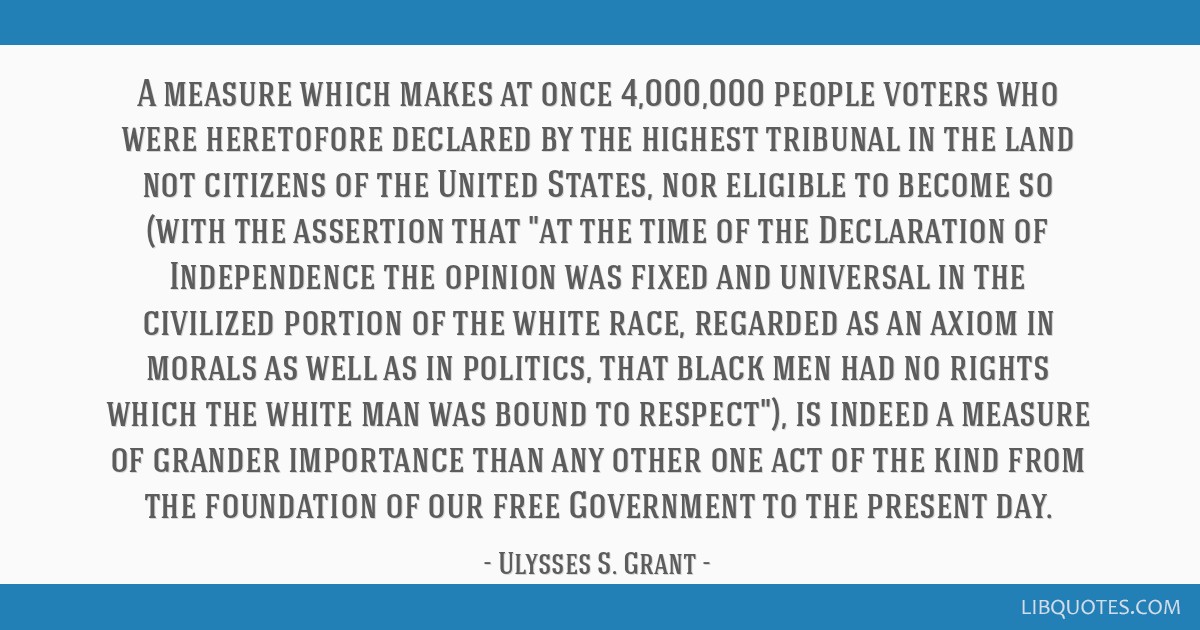 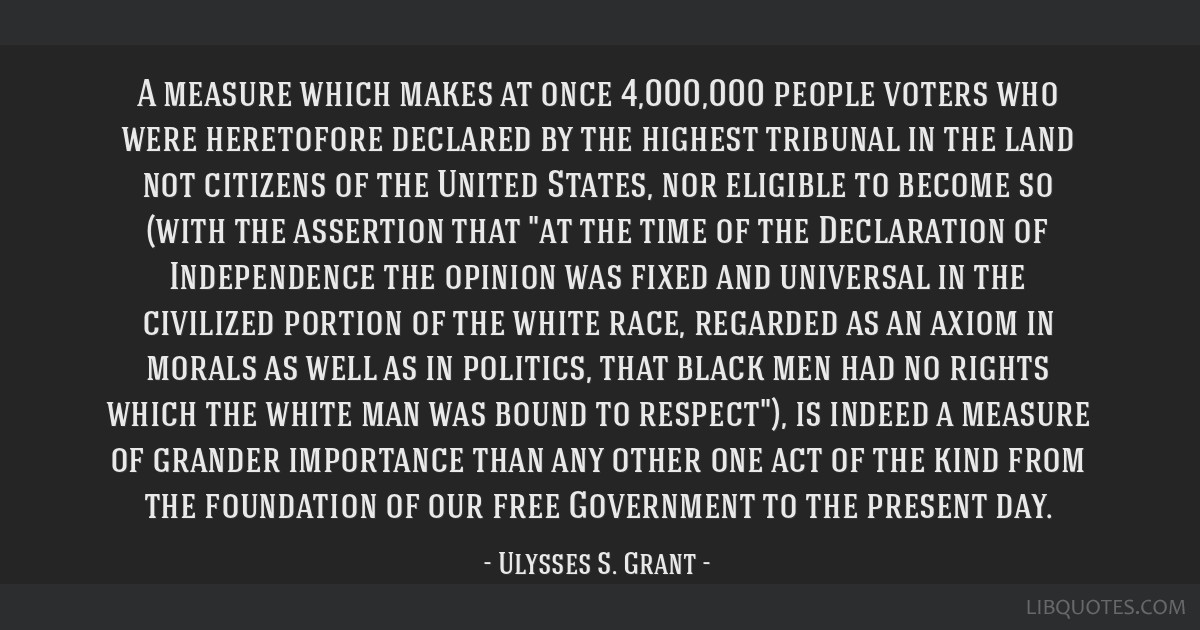 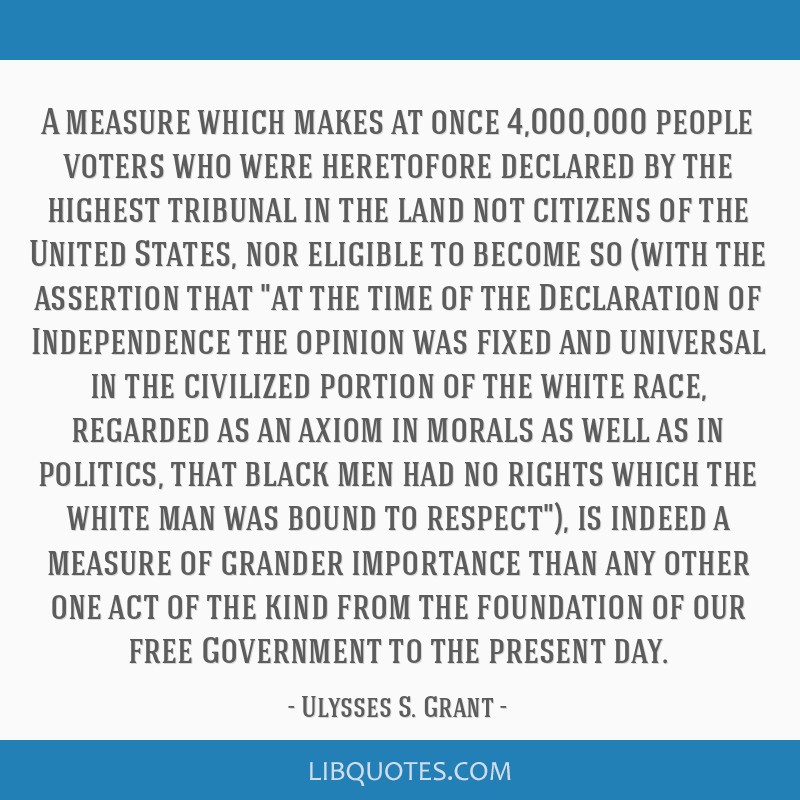 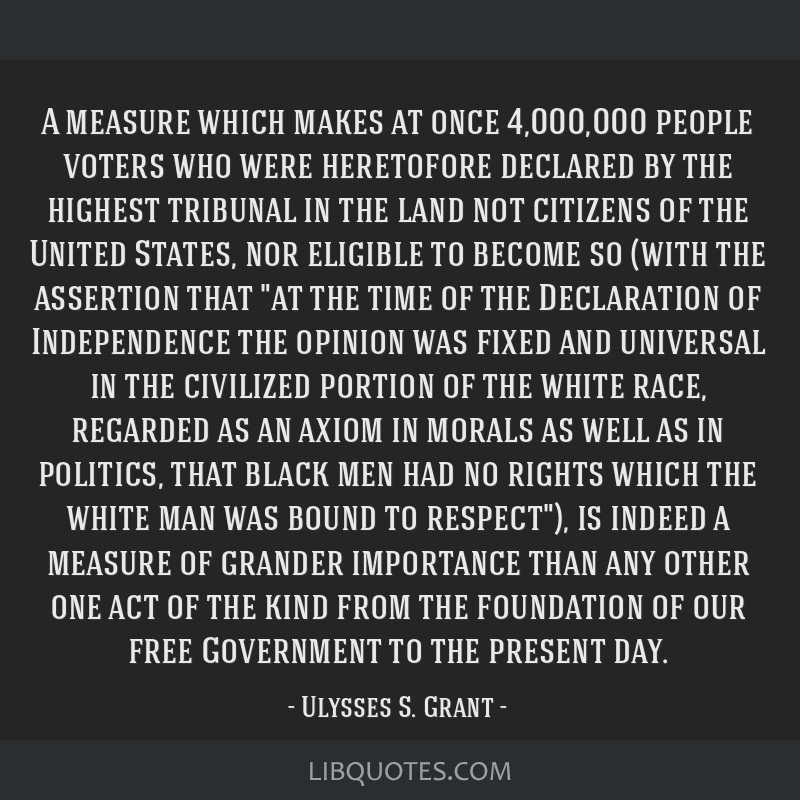