I am happy to announce the passage of an act by the General Cortes of Portugal, proclaimed since the adjournment of Congress, for the abolition of servitude in the Portuguese colonies. It is to be hoped that such legislation may be another step toward the great consummation to be reached, when no man shall be permitted, directly or indirectly, under any guise, excuse, or form of law, to hold his fellow-man in bondage. I am of opinion also that it is the duty of the United States, as contributing toward that end, and required by the spirit of the age in which we live, to provide by suitable legislation that no citizen of the United States shall hold slaves as property in any other country or be interested therein.

Seventh State of the Union Address (1875) 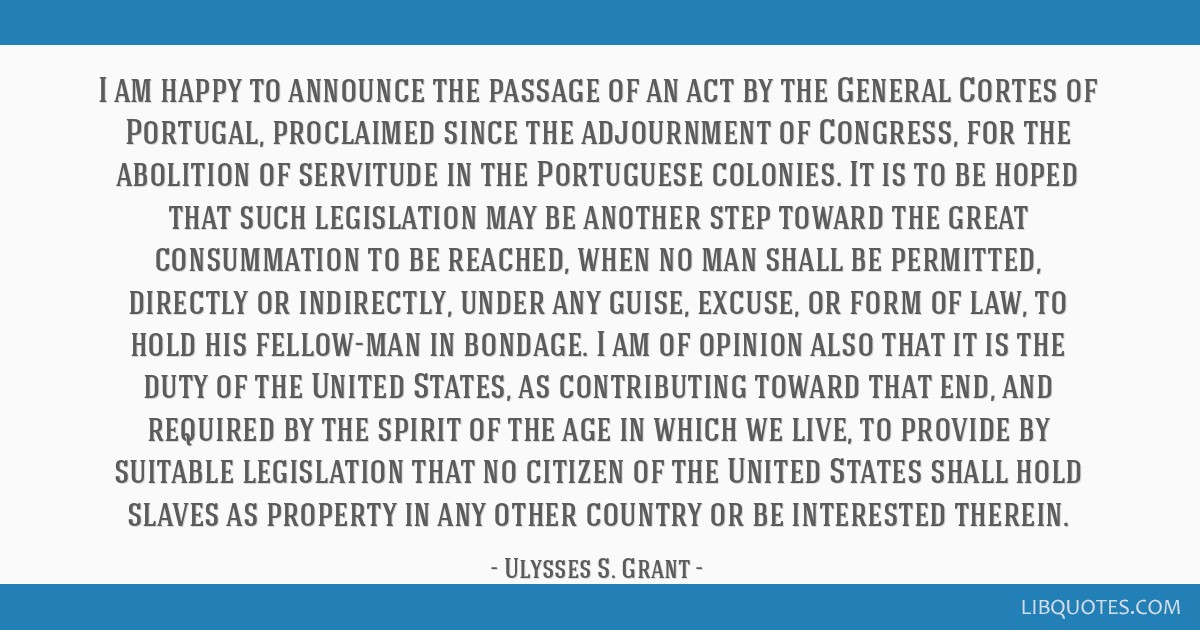 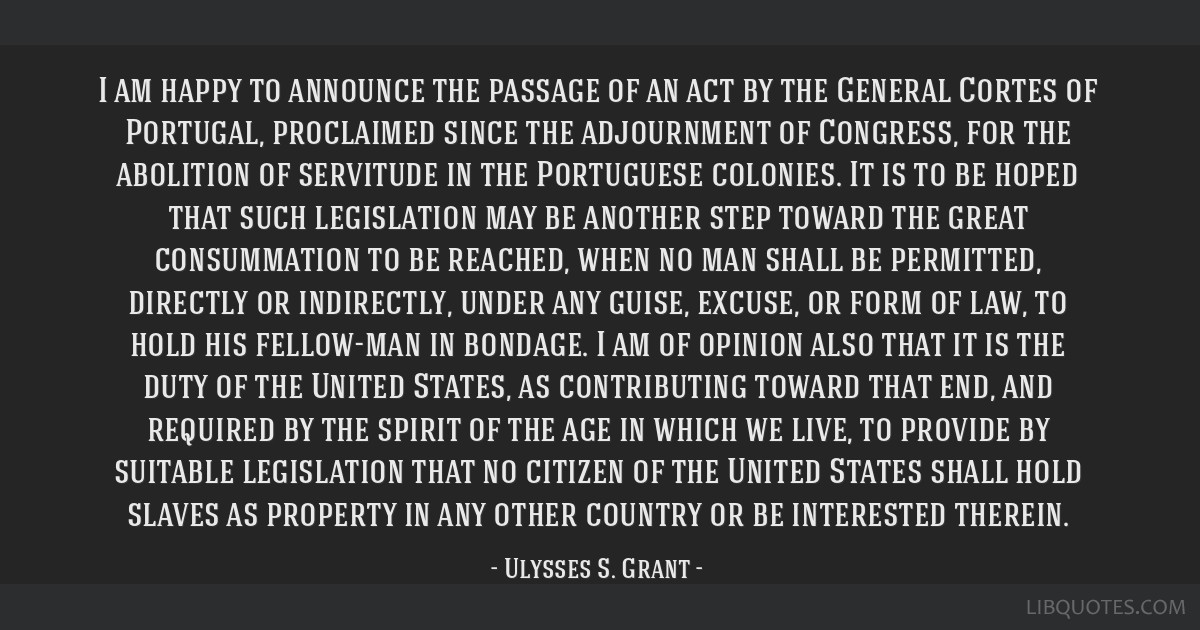 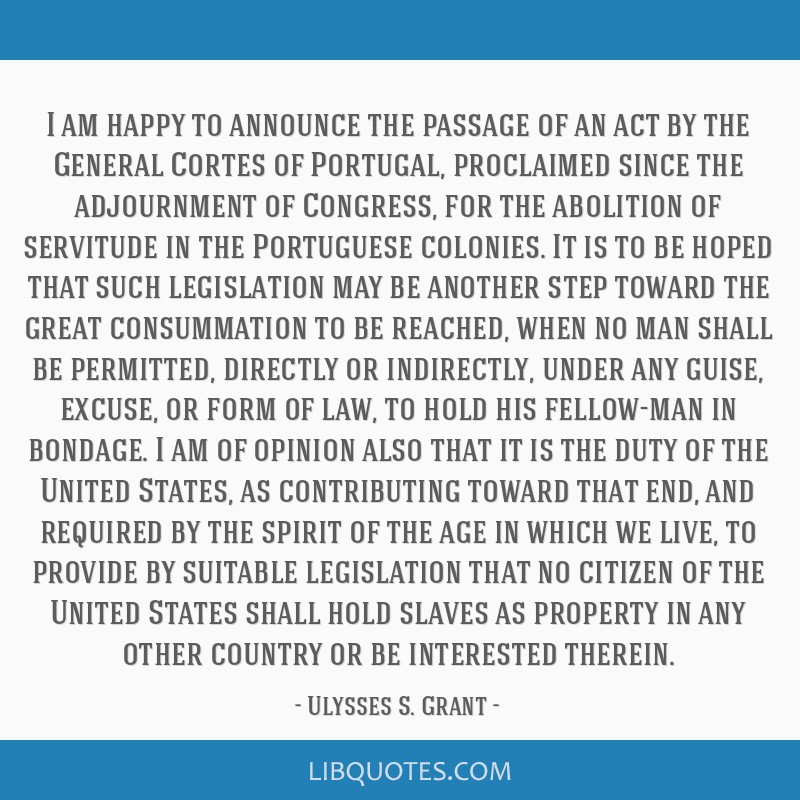 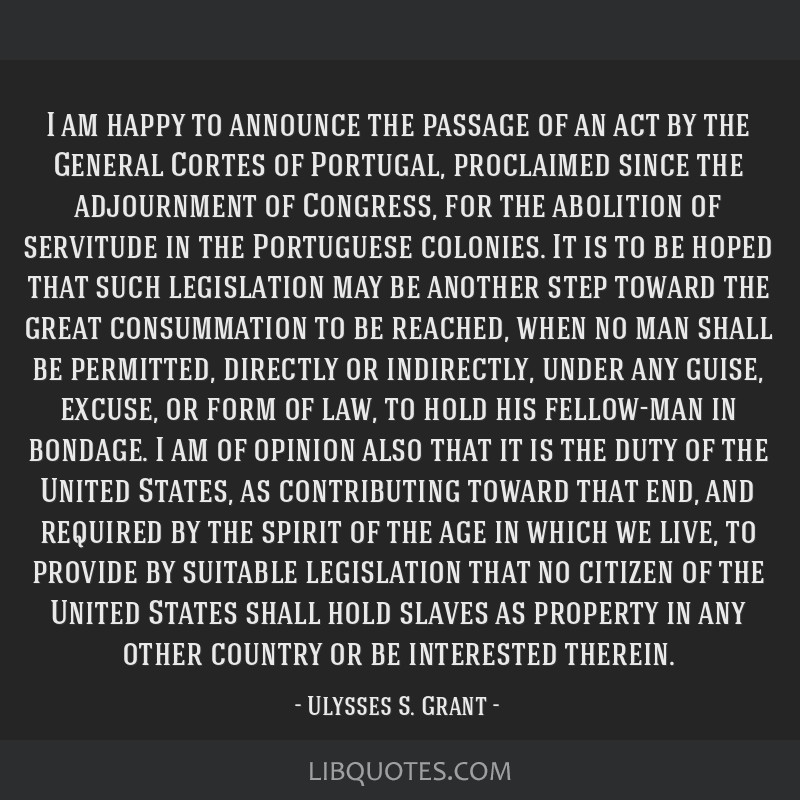