The cause of the great War of the Rebellion against the United States will have to be attributed to slavery. For some years before the war began it was a trite saying among some politicians that 'A state half slave and half free cannot exist.' All must become slave or all free, or the state will go down. I took no part myself in any such view of the case at the time, but since the war is over, reviewing the whole question, I have come to the conclusion that the saying is quite true. 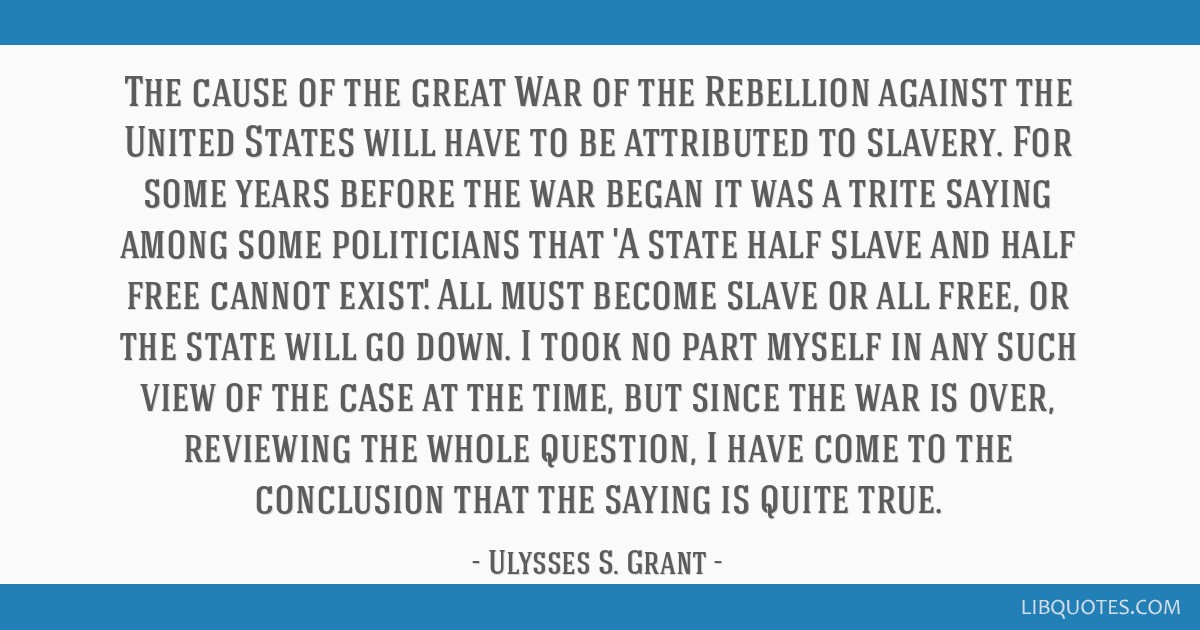 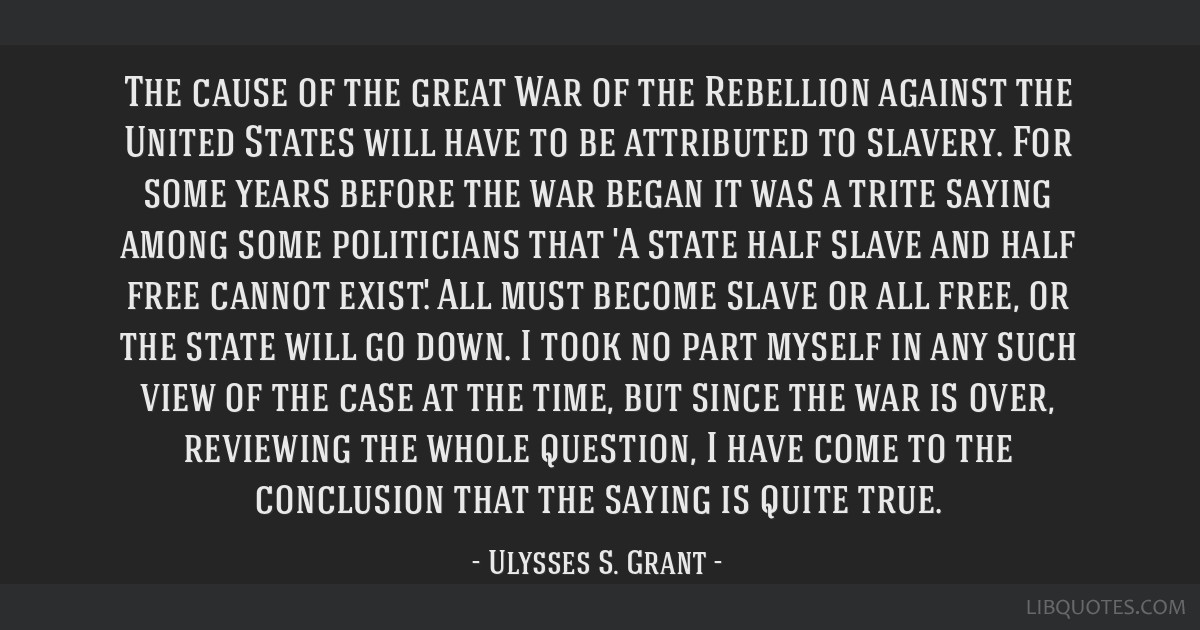 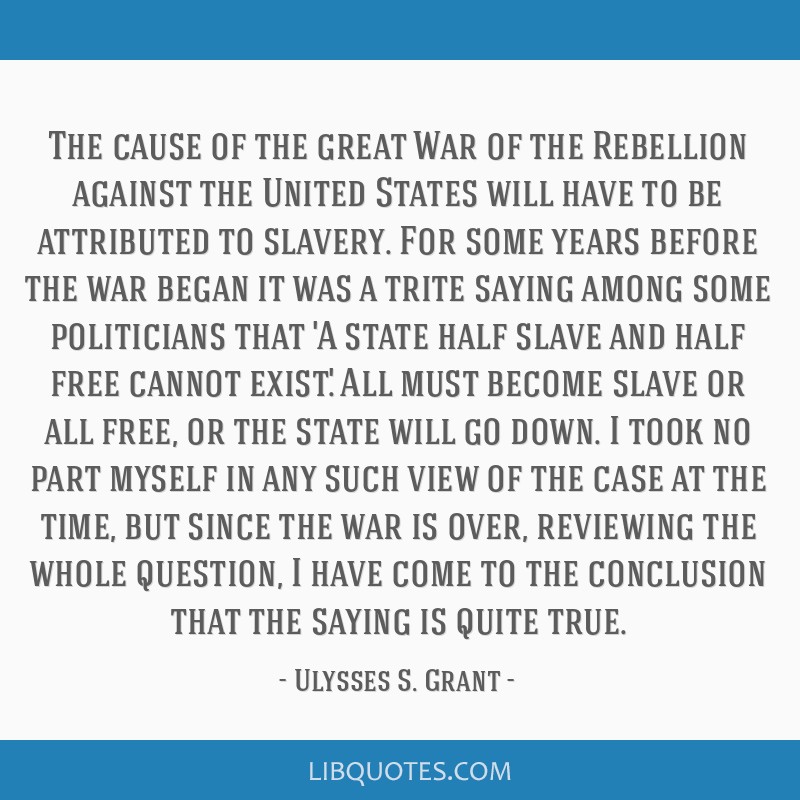