The framers of our Constitution firmly believed that a republican government could not endure without intelligence and education generally diffused among the people. The Father of his Country, in his Farewell Address, uses this language: Promote, then, as an object of primary importance, institutions for the general diffusion of knowledge. In proportion as the structure of a government gives force to public opinion, it is essential that public opinion should be enlightened.

Message to the Senate and House of Representatives (1870) 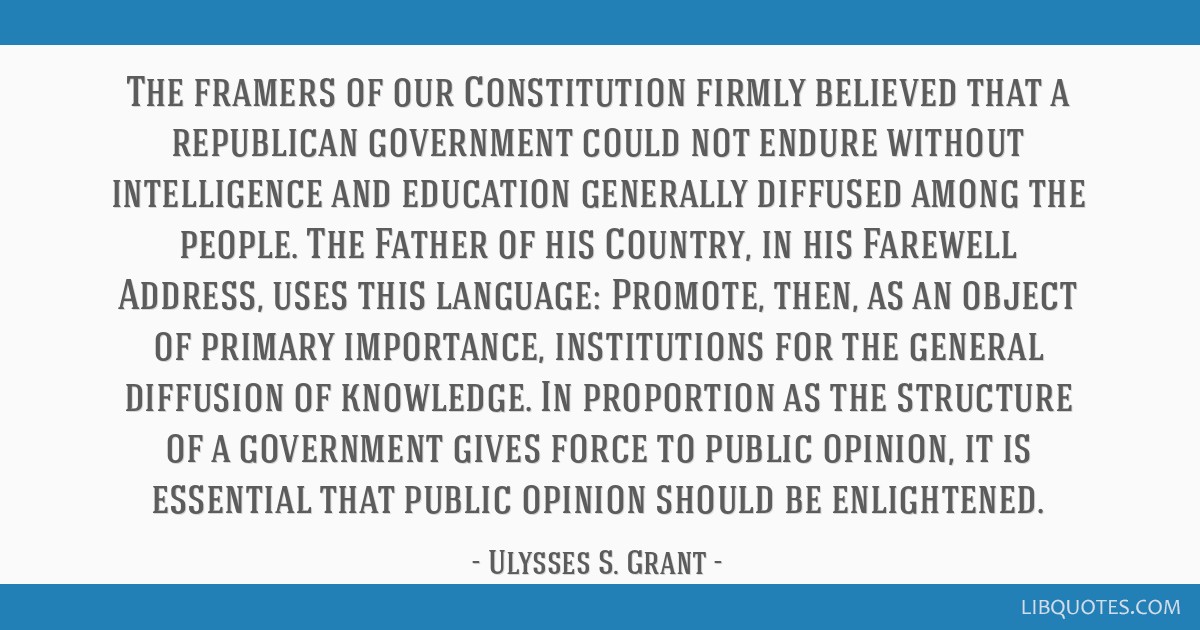 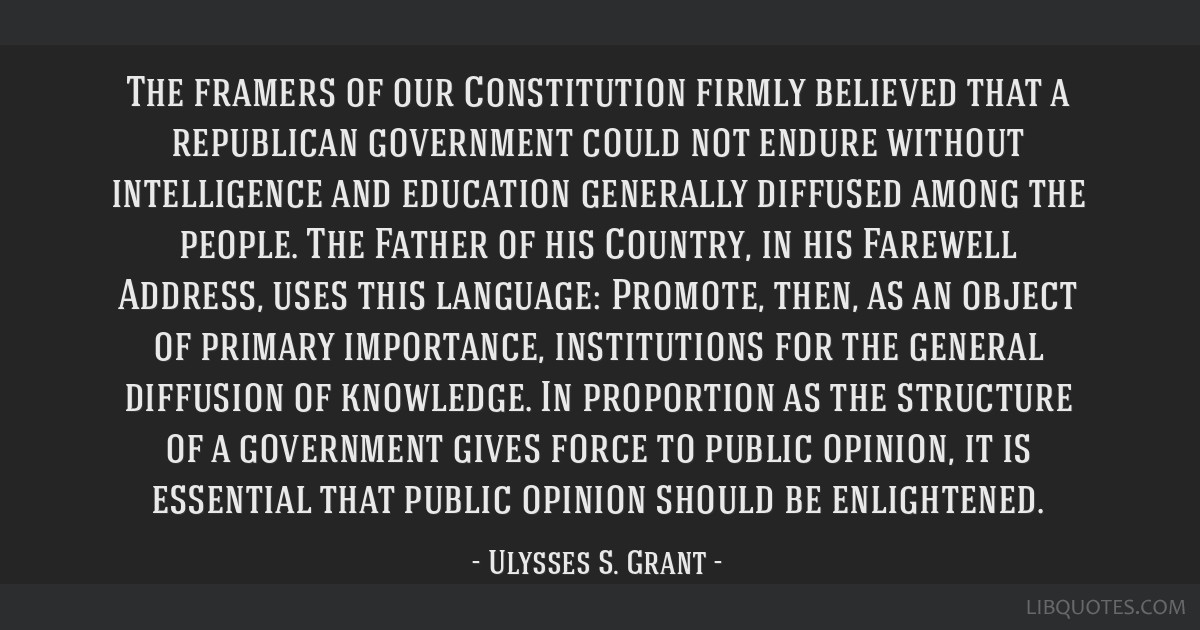 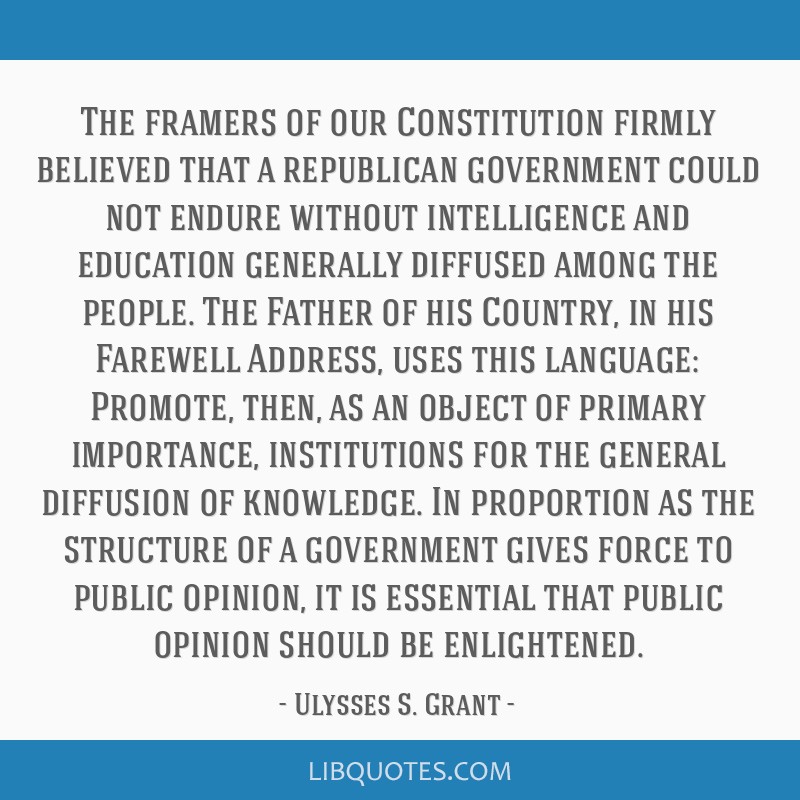 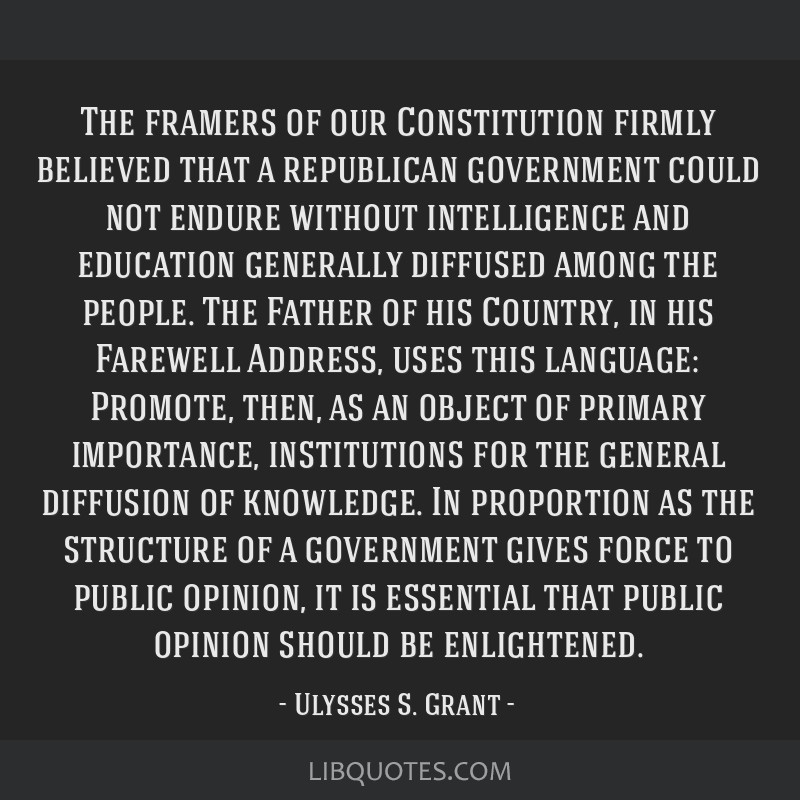