The union of the States of Germany into a form of government similar in many respects to that of the American Union is an event that can not fail to touch deeply the sympathies of the people of the United States. This union has been brought about by the long-continued, persistent efforts of the people, with the deliberate approval of the governments and people of twenty-four of the German States, through their regularly constituted representatives.

Message regarding the unification of Germany (1871) 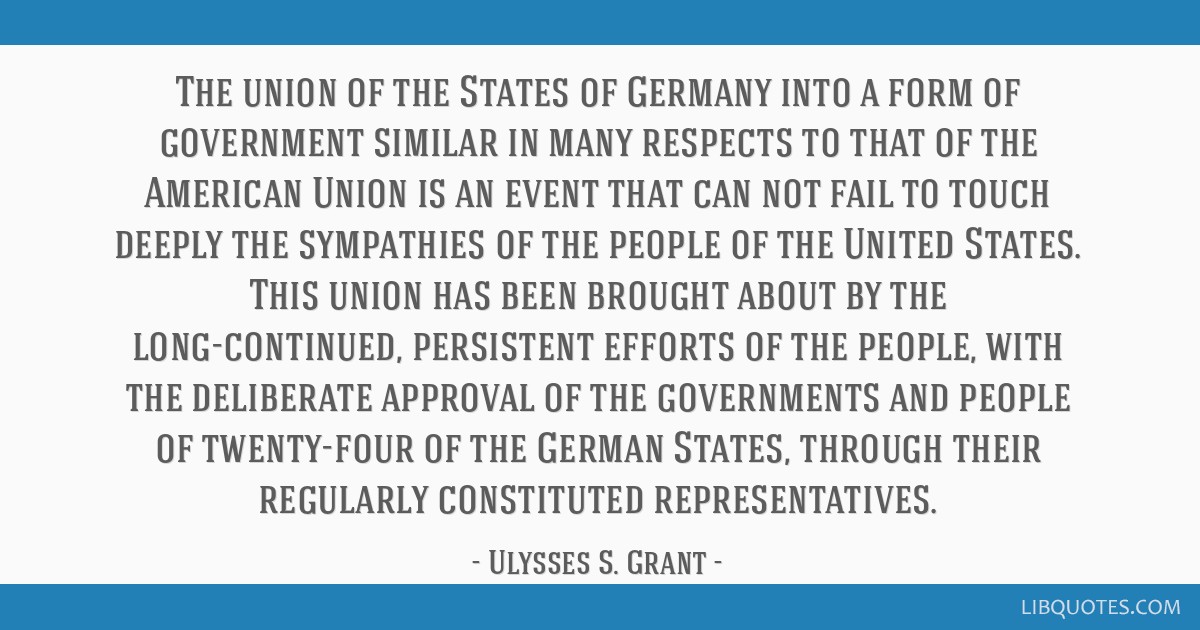 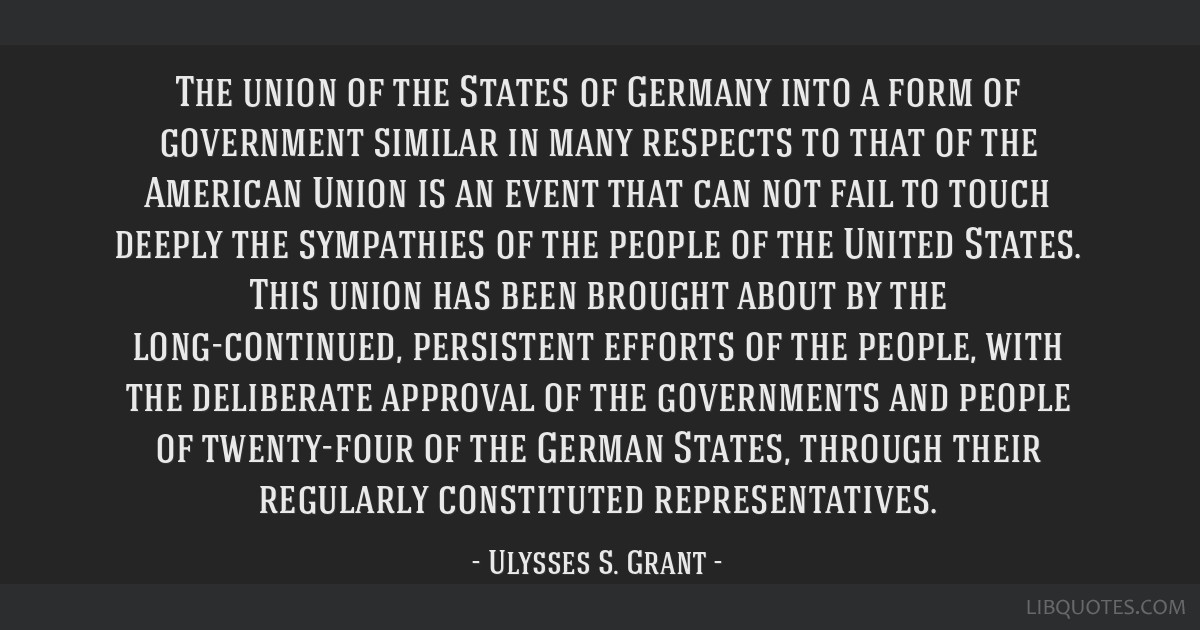 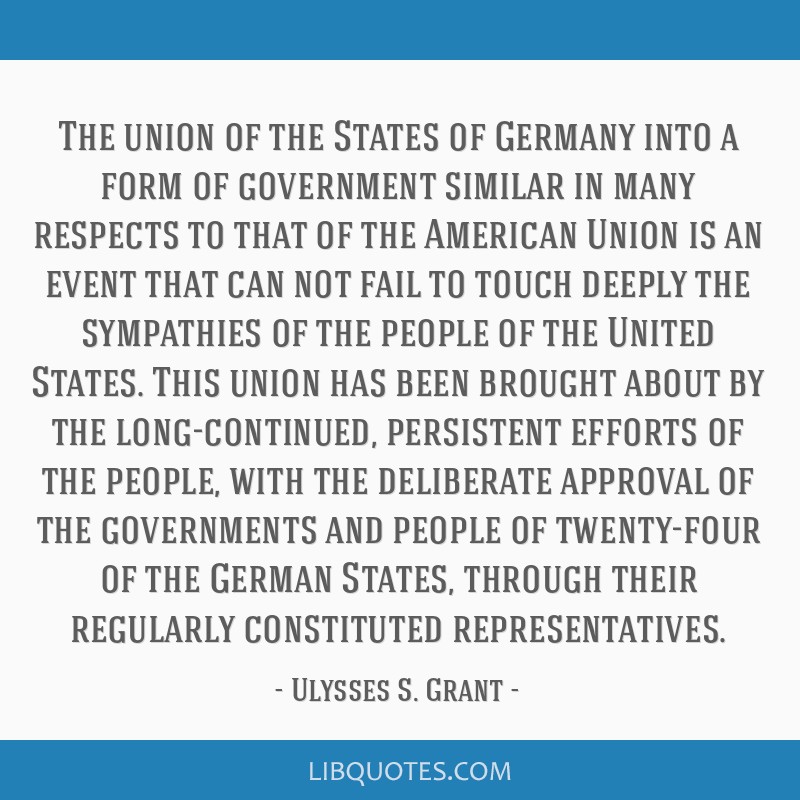 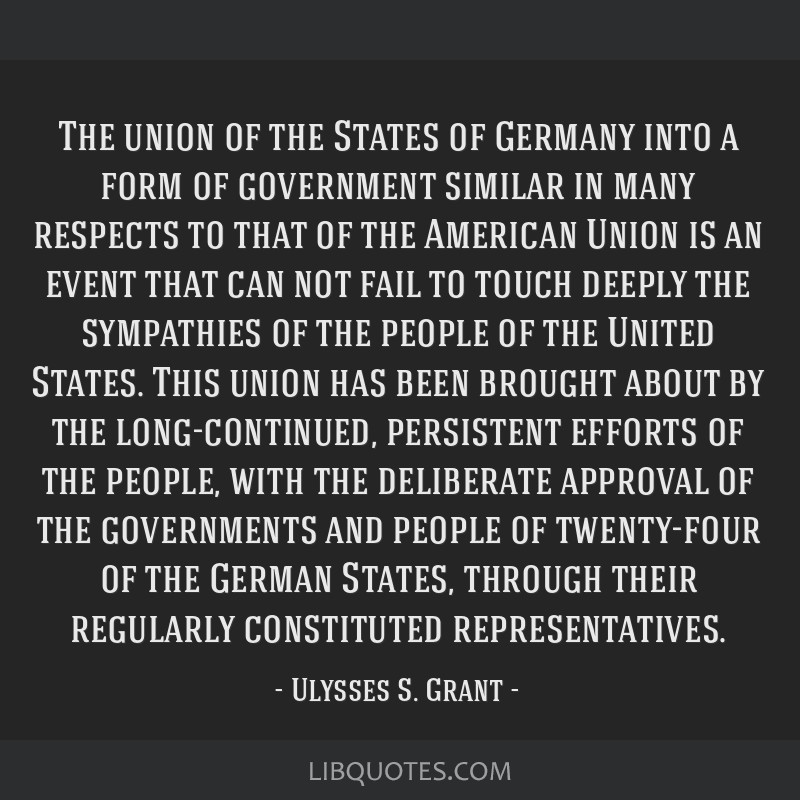