On the 7th of June our little force of colored and white troops across the Mississippi, at Milliken's Bend, were attacked by about 3,000 men from Richard Taylor's trans-Mississippi command. With the aid of the gunboats they were speedily repelled. I sent Mower's brigade over with instructions to drive the enemy beyond the Tensas Bayou; and we had no further trouble in that quarter during the siege. This was the first important engagement of the war in which colored troops were under fire. These men were very raw, having all been enlisted since the beginning of the siege, but they behaved well. 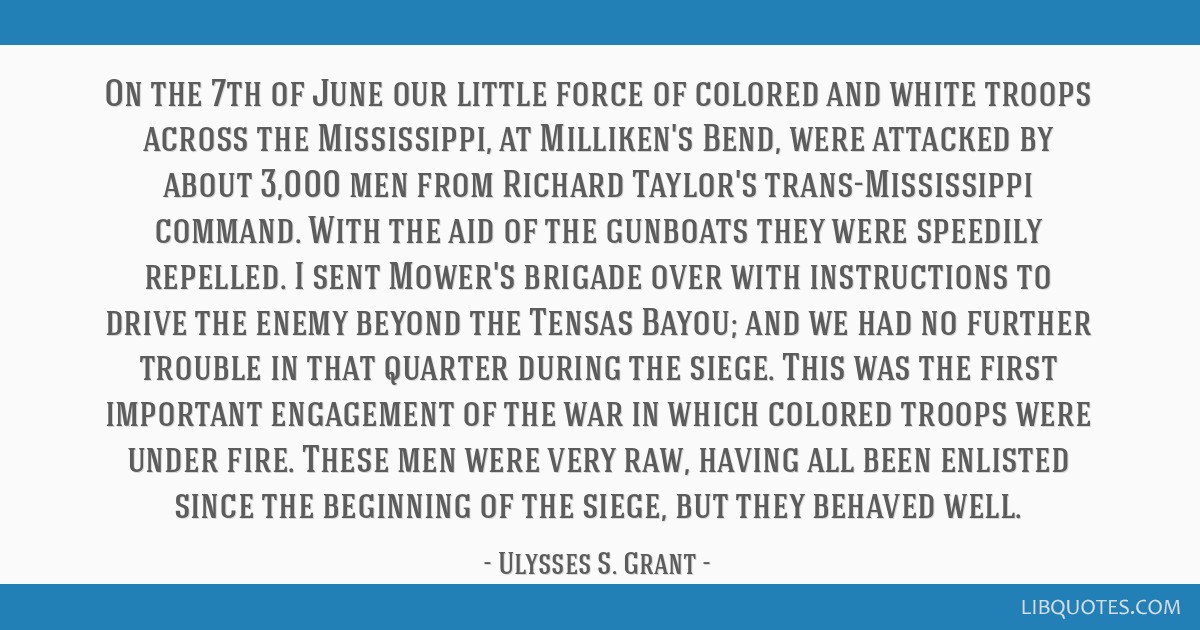 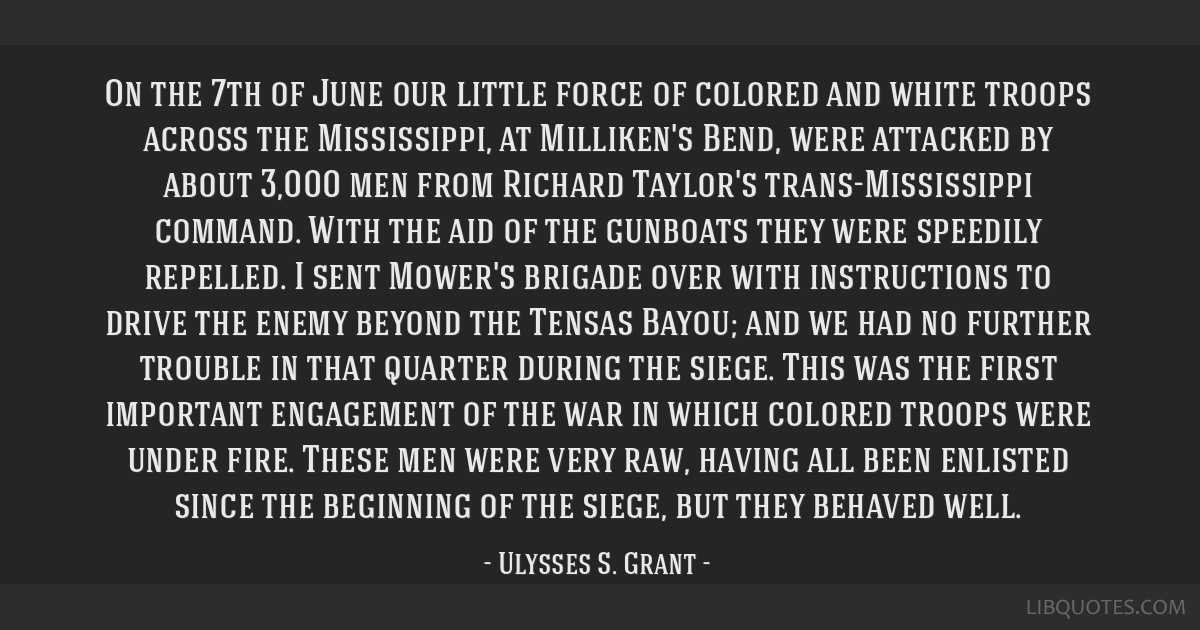 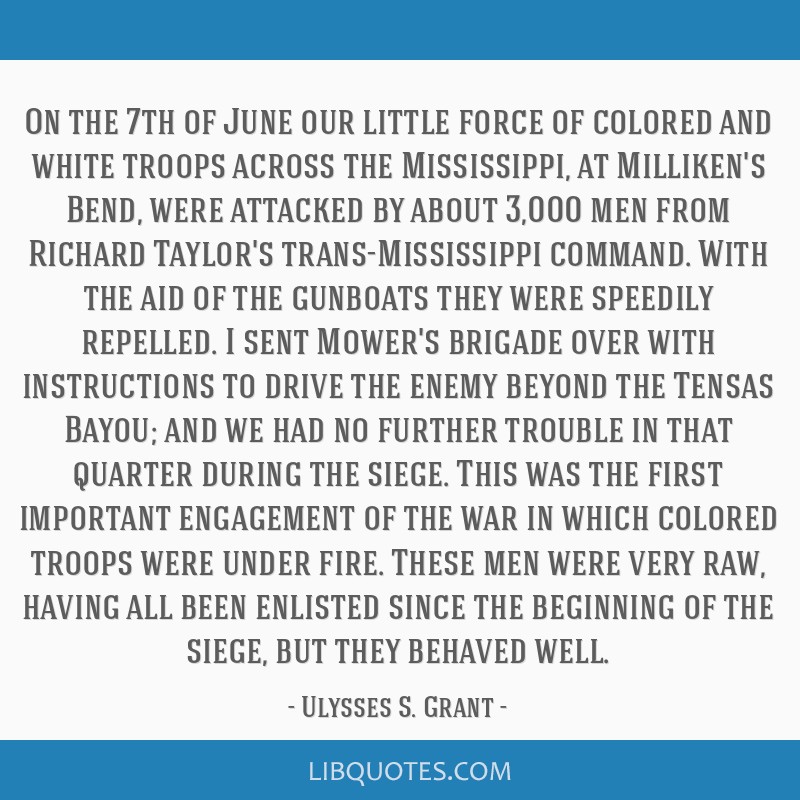 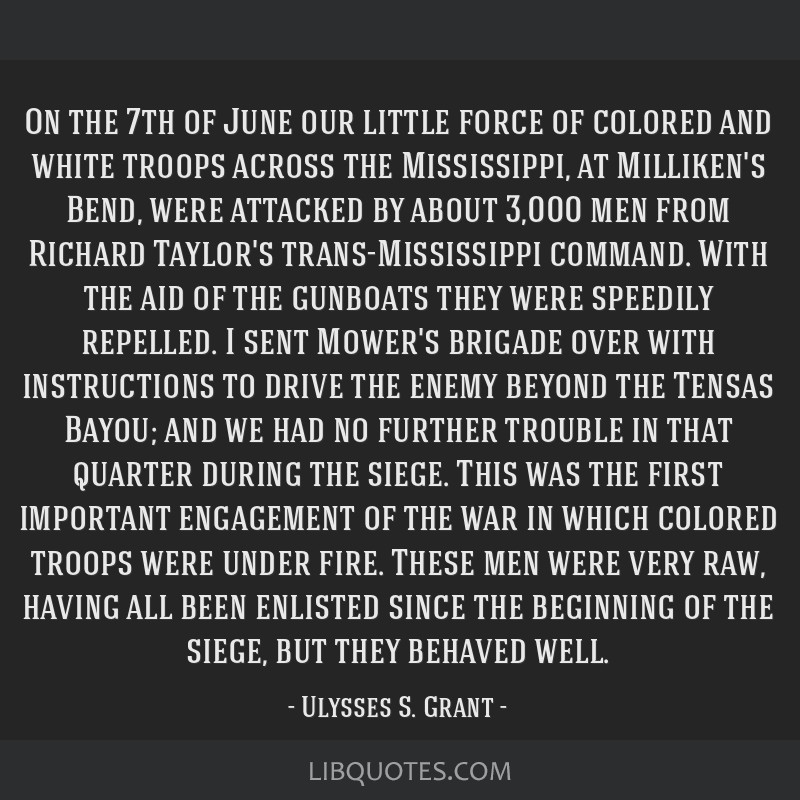