I am aware that this last statement may be disputed and individual testimony perhaps adduced to show that in ante-bellum days the ballot was as untrammelled in the south as in any section of the country; but in the face of any such contradiction I reassert the statement. The shot-gun was not resorted to. Masked men did not ride over the country at night intimidating voters; but there was a firm feeling that a class existed in every State with a sort of divine right to control public affairs. If they could not get this control by one means they must by another. The end justified the means. The coercion, if mild, was complete. 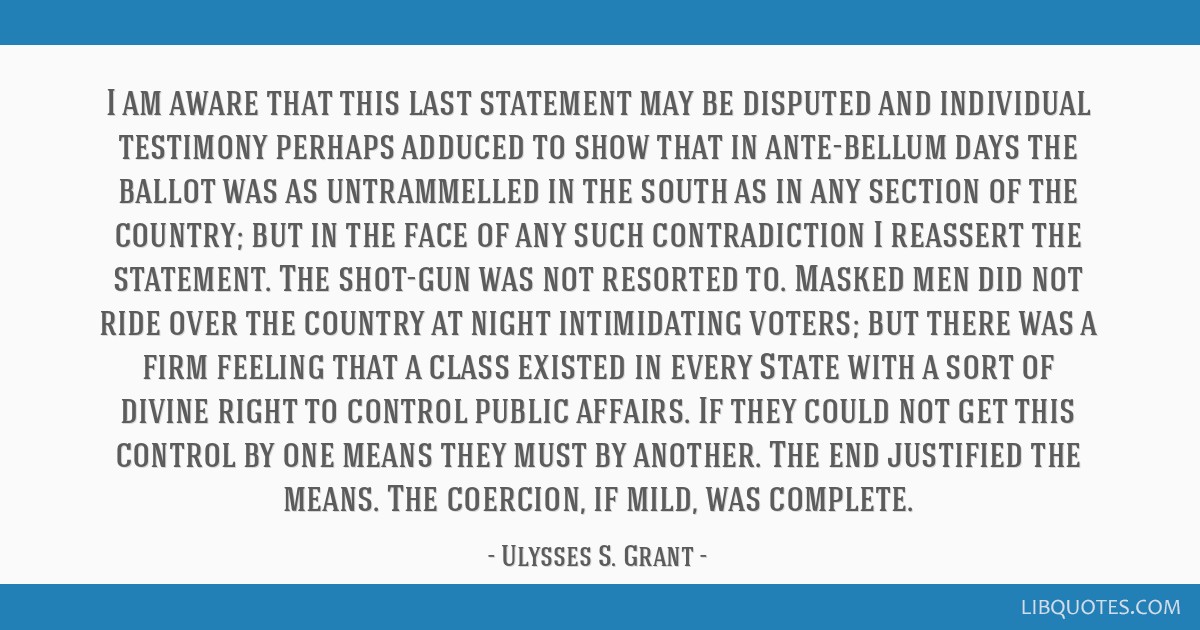 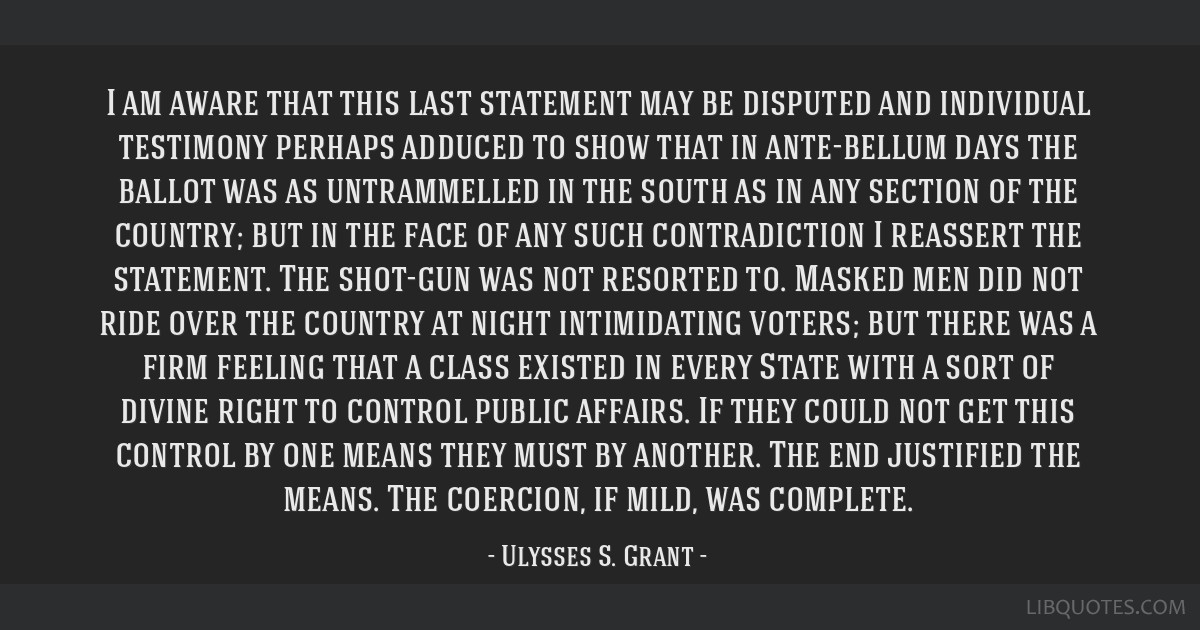 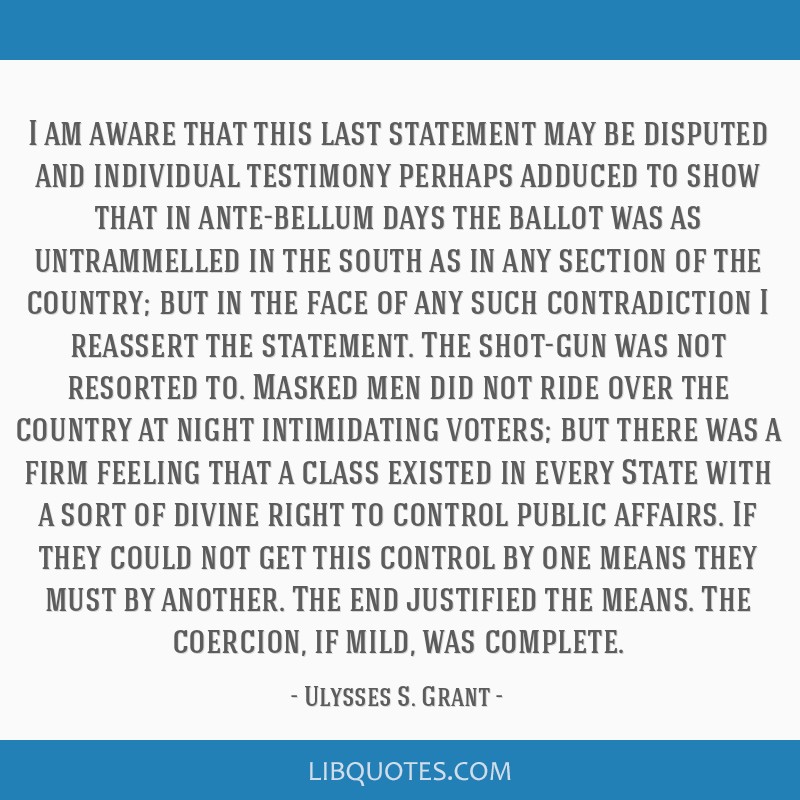 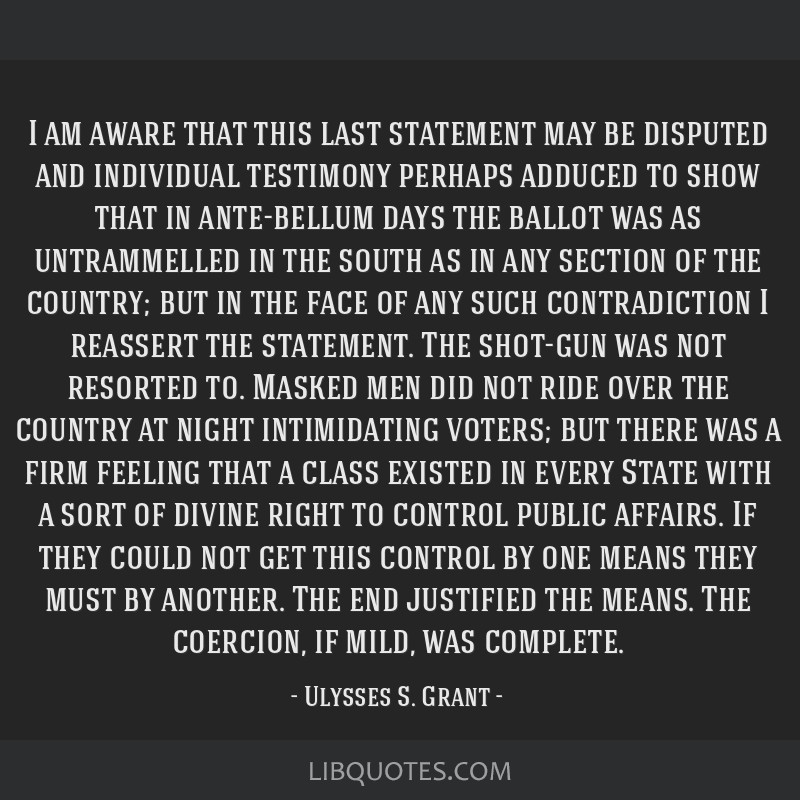