The idea was to prove at every foot of the way up that you were one of the elected and anointed ones who had the right stuff and could move higher and higher and even—ultimately, God willing, one day—that you might be able to join that special few at the very top, that elite who had the capacity to bring tears to men's eyes, the very Brotherhood of the Right Stuff itself. 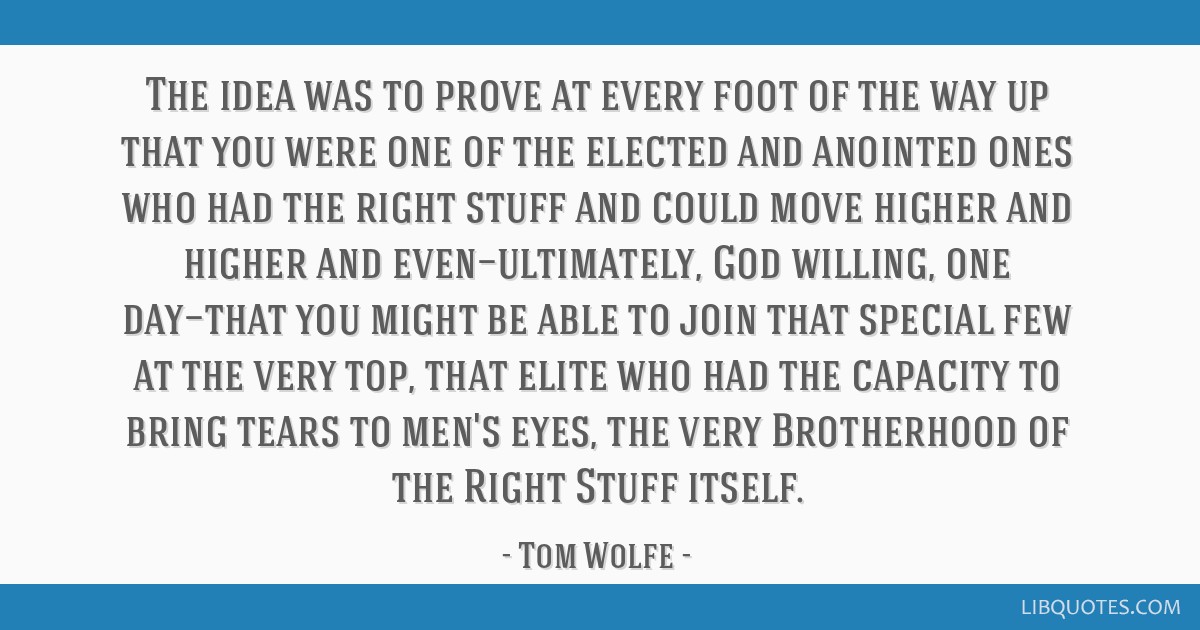 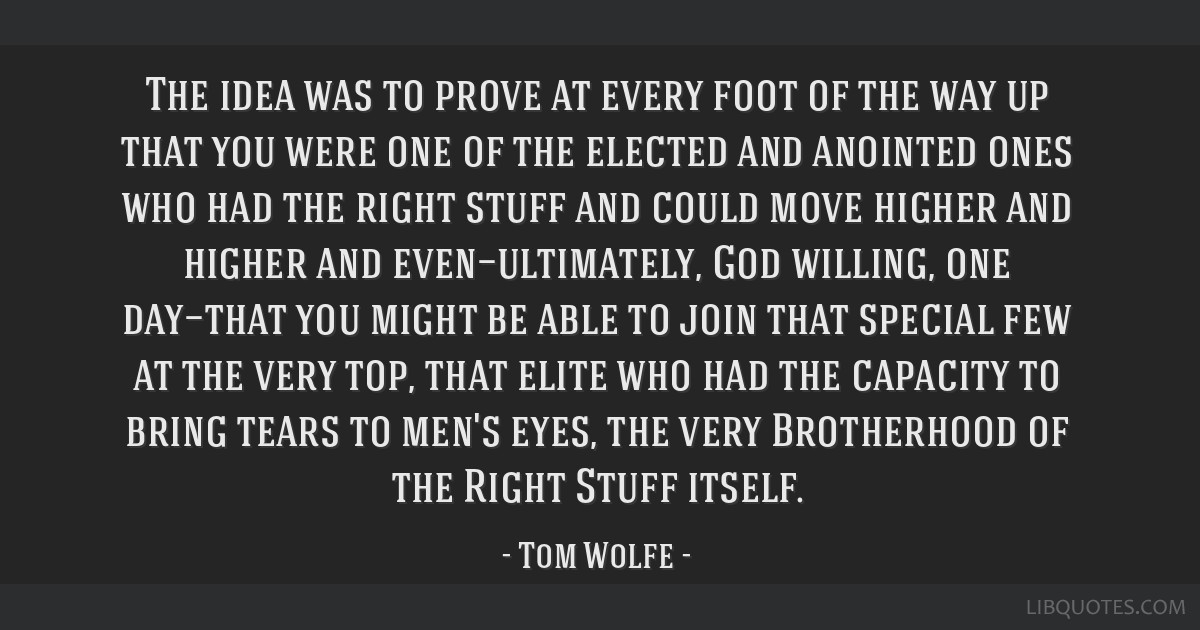 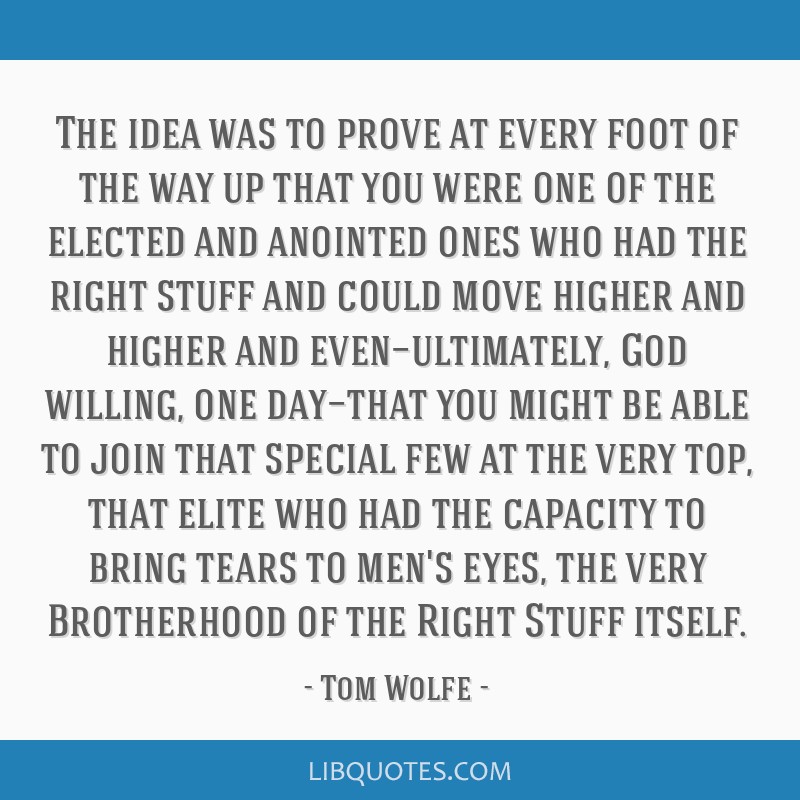 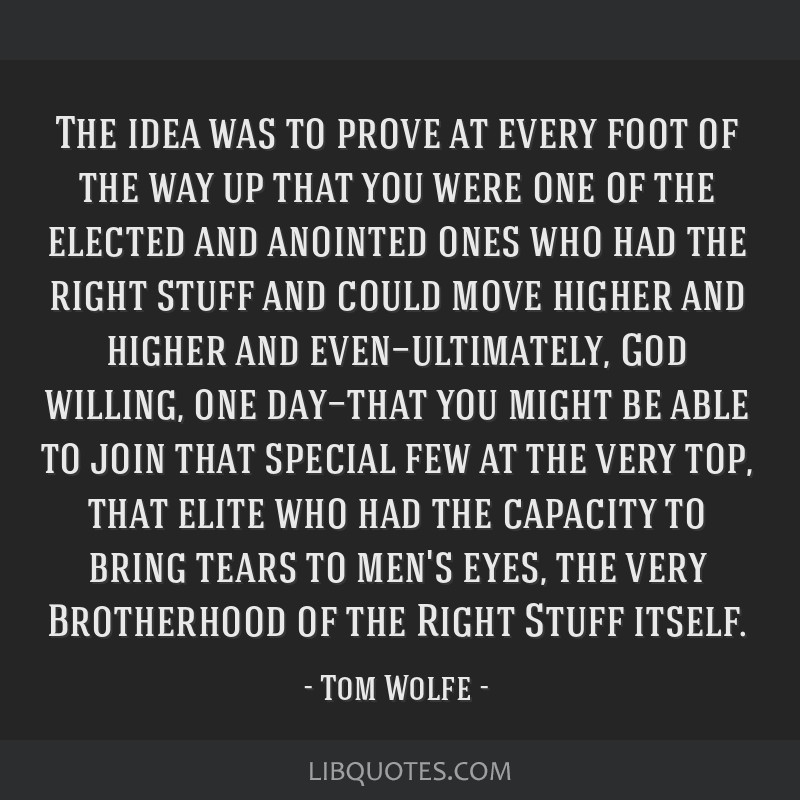