For a change, lady luck seemed to be smiling on me. Then again, maybe the fickle wench was just lulling me into a false sense of security while she reached for a rock.

Timothy Zahn
Luck is merely an illusion, trusted by the ignorant and chased by the foolish.

Timothy Zahn
Governments and entire planets are important, Threepio. But when you sift everything down, they're all just made of people.

Timothy Zahn
I've found that what most people call luck is often little more than raw talent combined with the ability to make the most of opportunities. (Talon Karrde)

Timothy Zahn
If you don't want to be noticed, you don't use a Star Destroyer.

Timothy Zahn
How many black holes have we been up close and personal with?" Kosta countered. "All sorts of odd things happen near the event horizon, from huge tidal forces to variations in time. Personally, I'm voting on it having to do with gravity, either a polarization of the fields themselves or else something related to the time differential." I didn't know physics had become a democracy," Hanan murmered. 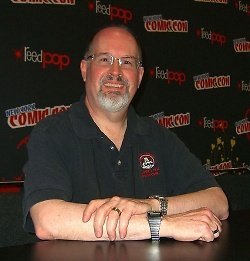