Remember Dresden? How about Hanoi? Tripoli? Baghdad? What about the big ones — Hiroshima and Nagasaki? (At these two locations, the U.S. killed at least 150,000 non-combatants — mostly women and children — in the blink of an eye. Thousands more took hours, days, weeks or months to die). If Saddam is such a demon, and people are calling for war crimes charges and trials against him and his nation, why do we not hear the same cry for blood directed at those responsible for even greater amounts of "mass destruction" — like those responsible and involved in dropping bombs on the cities mentioned above? 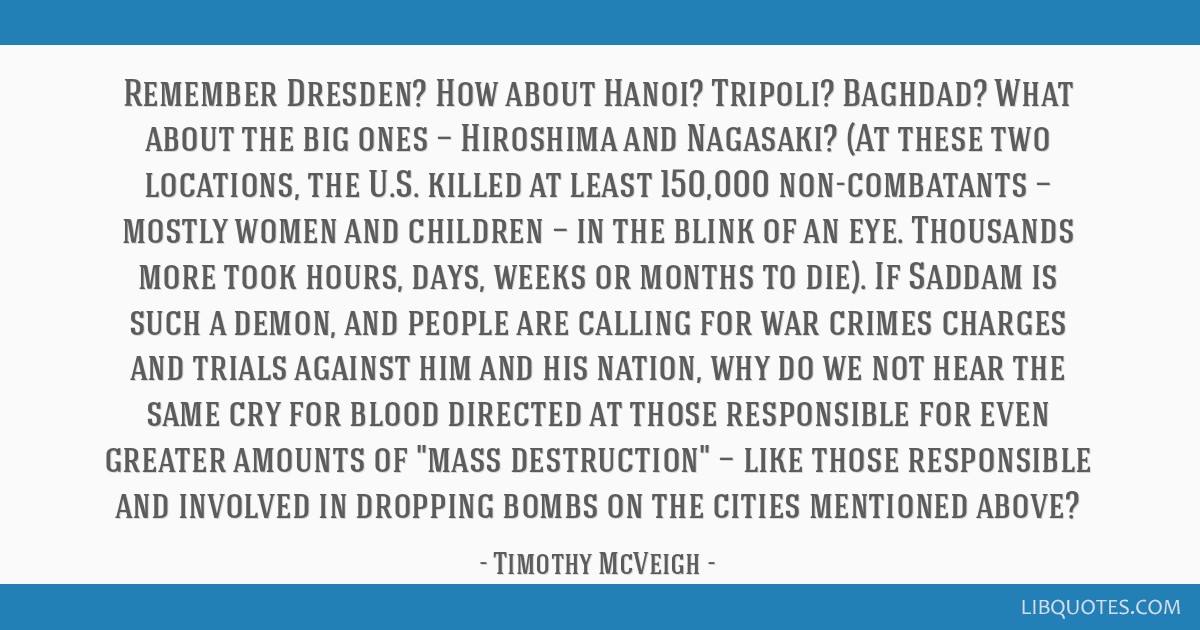 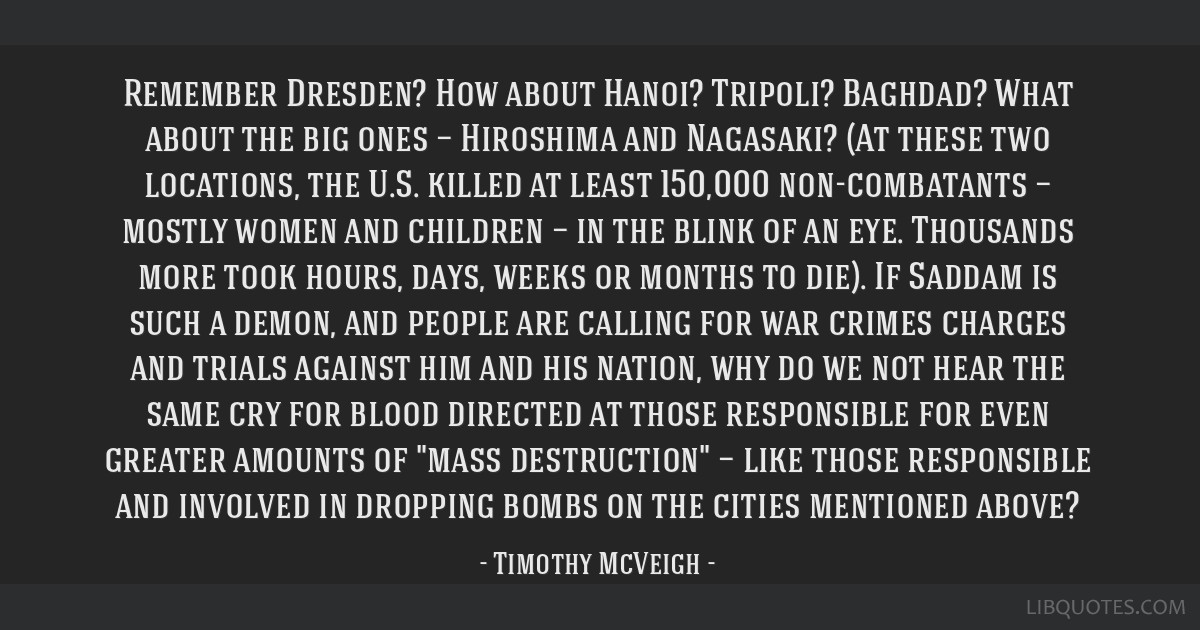 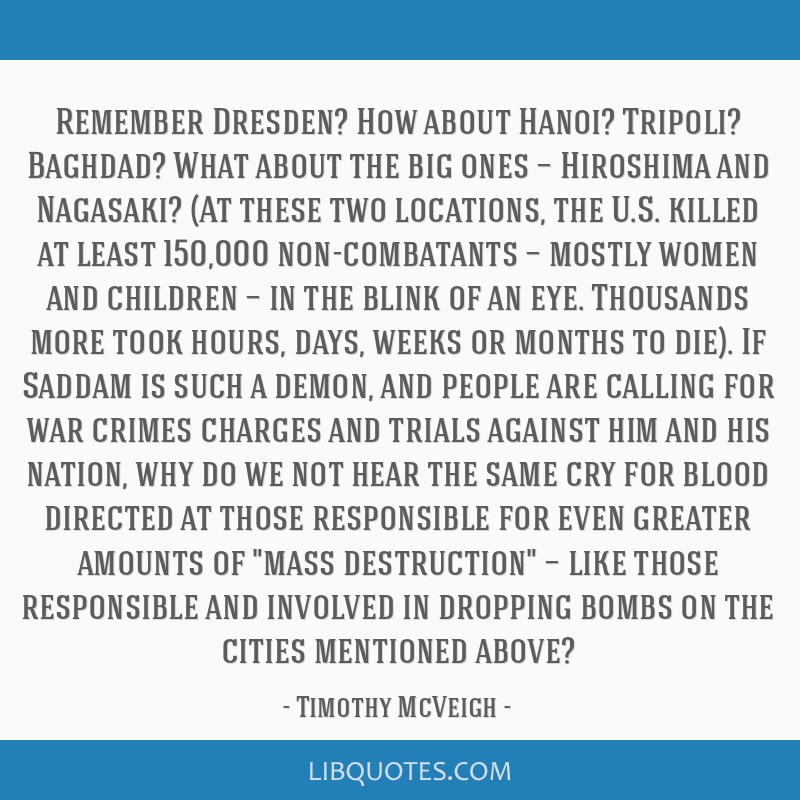 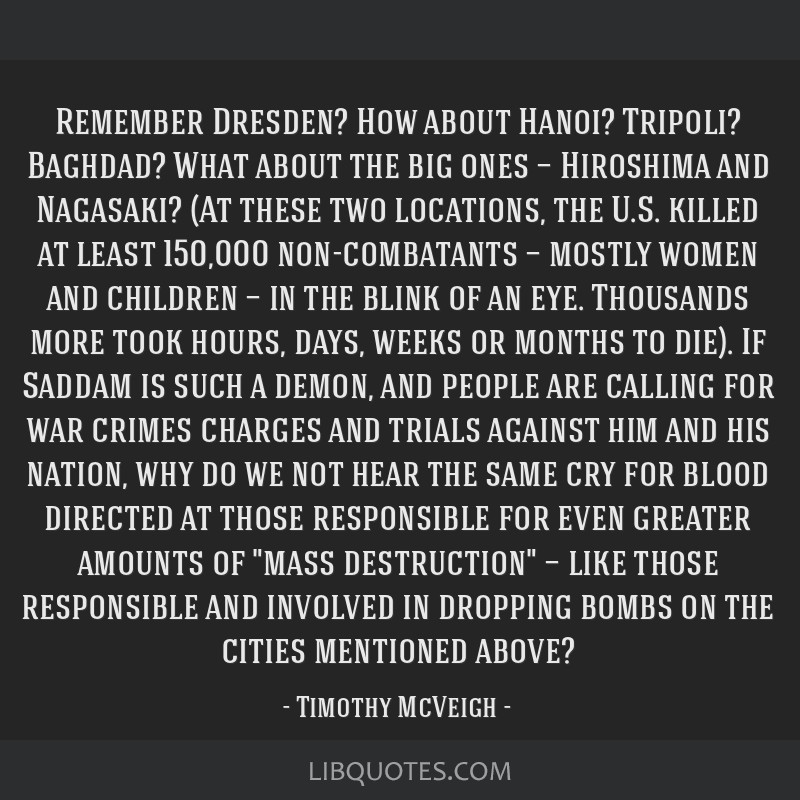