I chose to bomb a federal building because such an action served more purposes than other options. Foremost, the bombing was a retaliatory strike; a counter attack, for the cumulative raids and subsequent violence and damage that federal agents had participated in over the preceding years (including, but not limited to, Waco.) From the formation of such units as the FBI's 'Hostage Rescue' and other assault teams amongst federal agencies during the '80s; culminating in the Waco incident, federal actions grew increasingly militaristic and violent, to the point where at Waco, our government - like the Chinese - was deploying tanks against its own citizens.

Why I Bombed the Murrah Federal Building (2001) 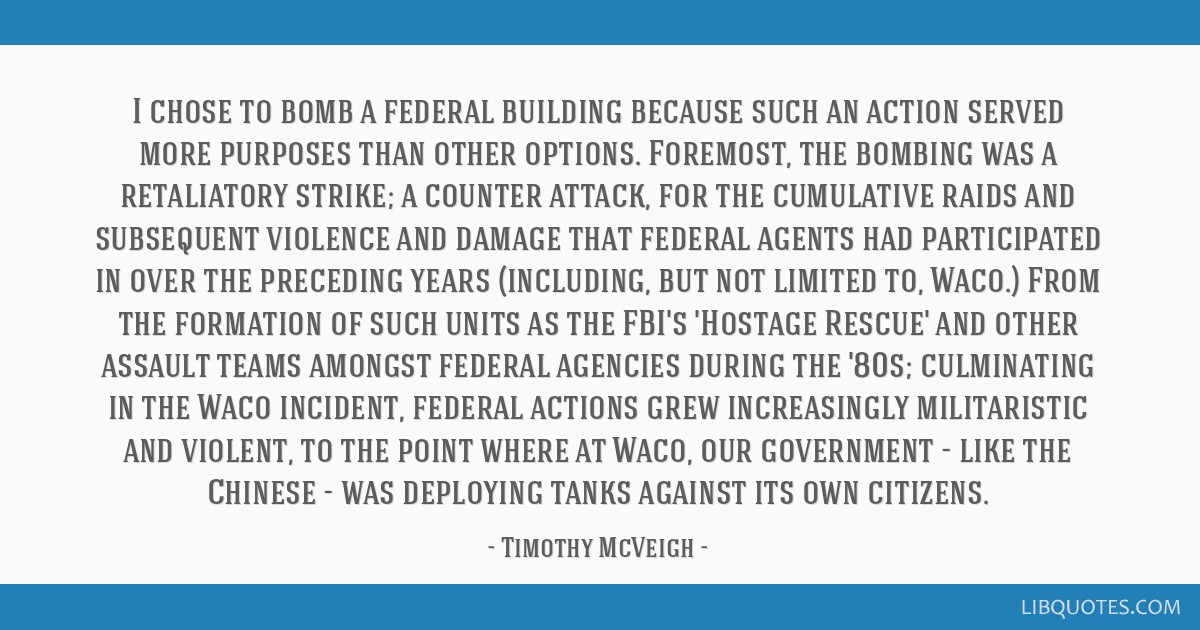 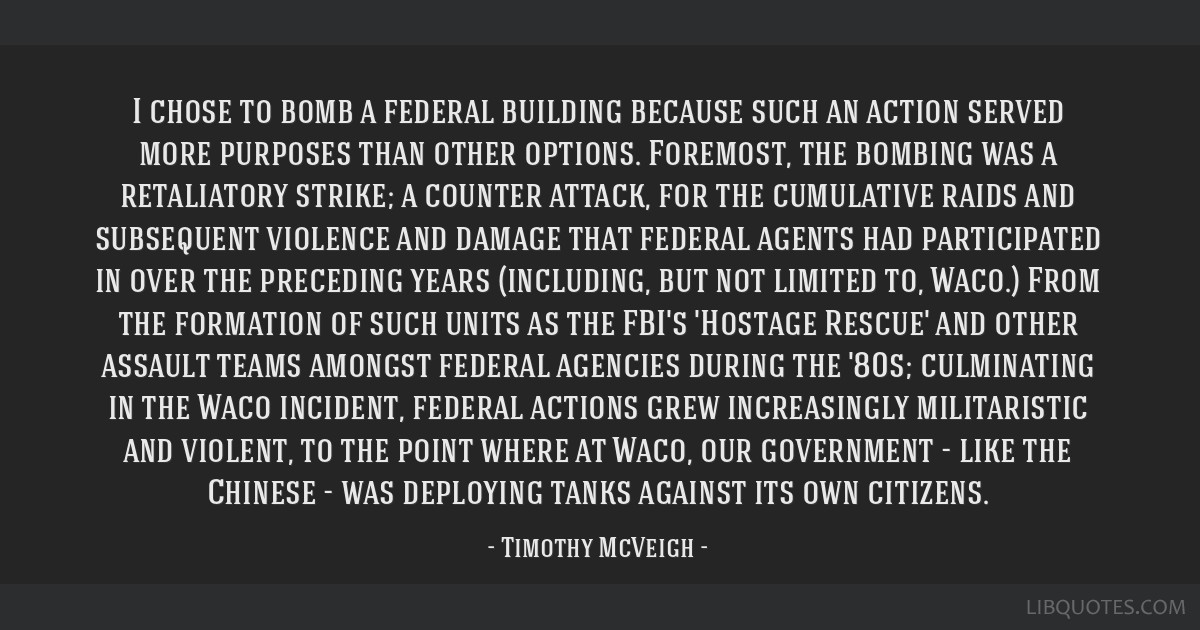 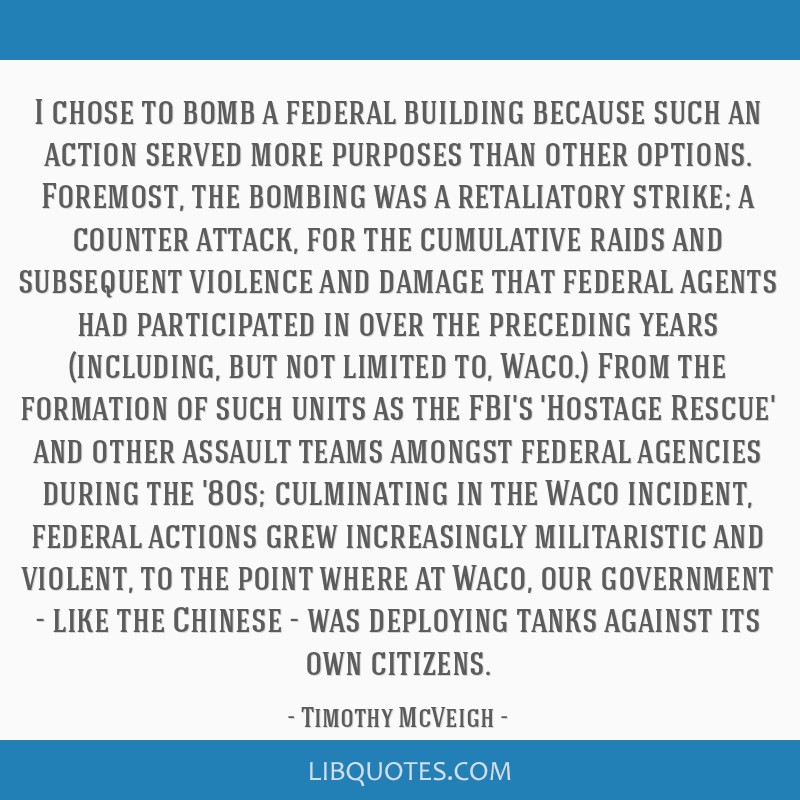 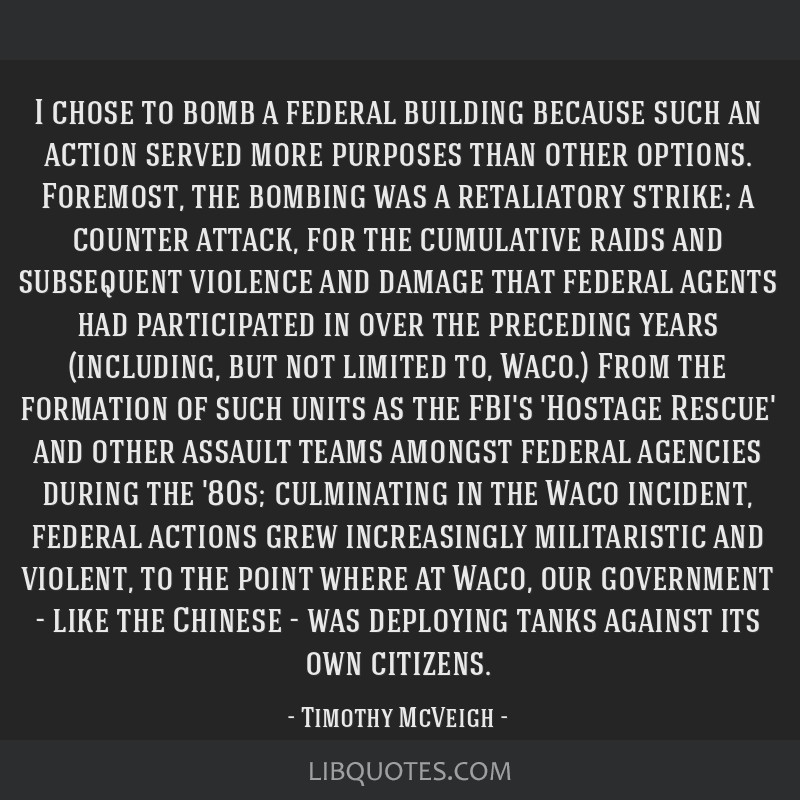