The administration claims that Iraq has used these weapons in the past. We've all seen the pictures that show a Kurdish woman and child frozen in death from the use of chemical weapons. But, have you ever seen those pictures juxtaposed next to pictures from Hiroshima or Nagasaki? I suggest that one study the histories of World War I, World War II and other "regional conflicts" that the U.S. has been involved in to familiarize themselves with the use of "weapons of mass destruction." 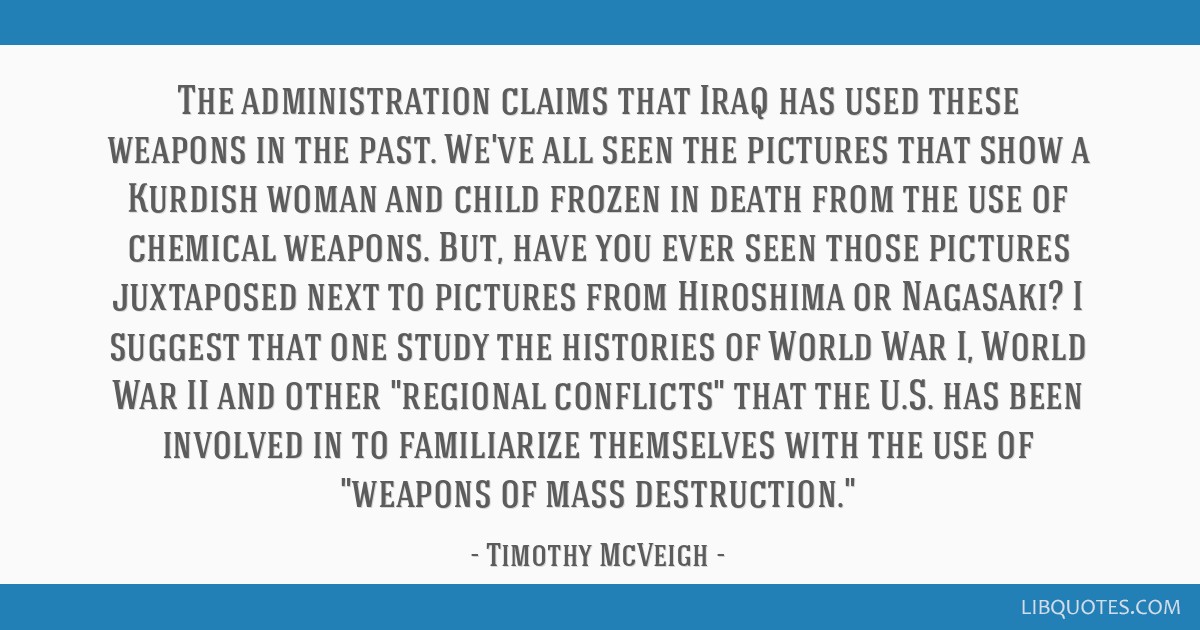 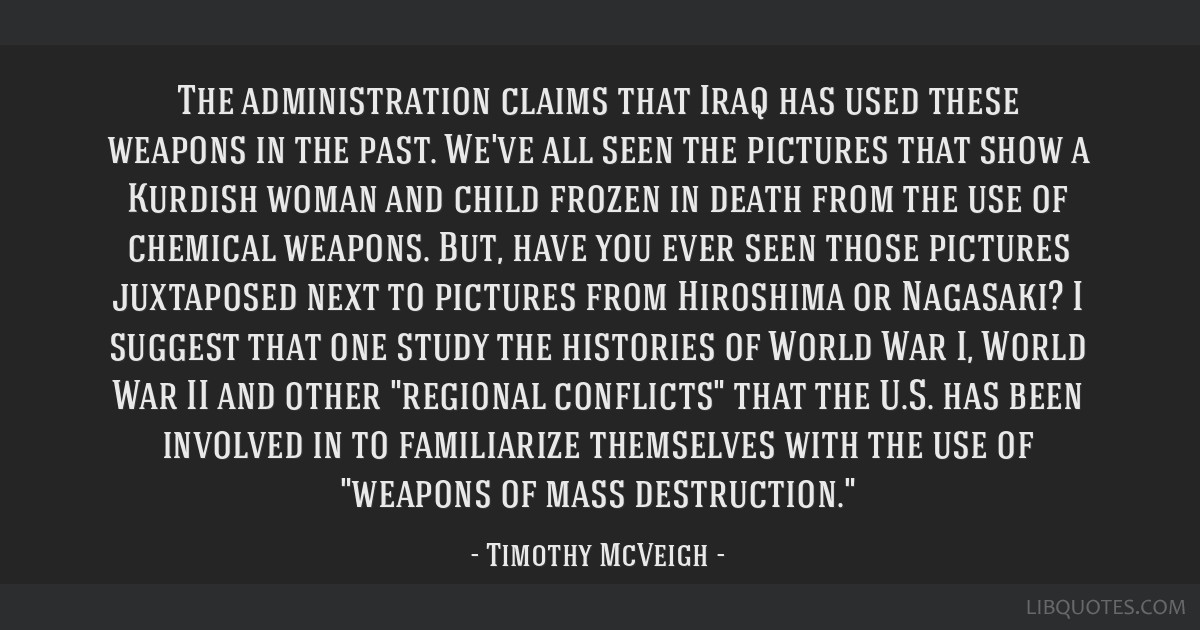 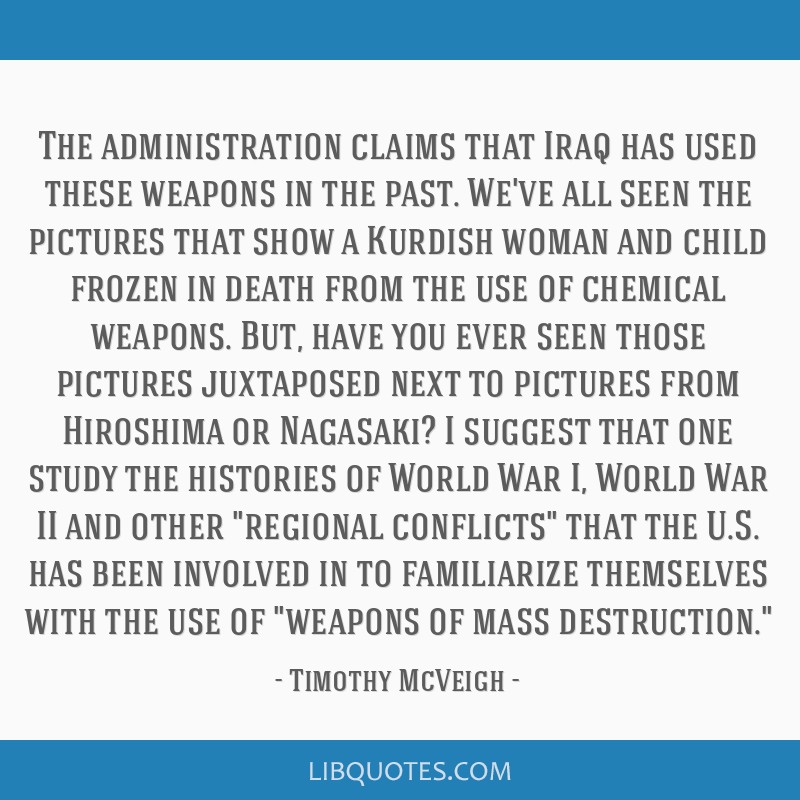 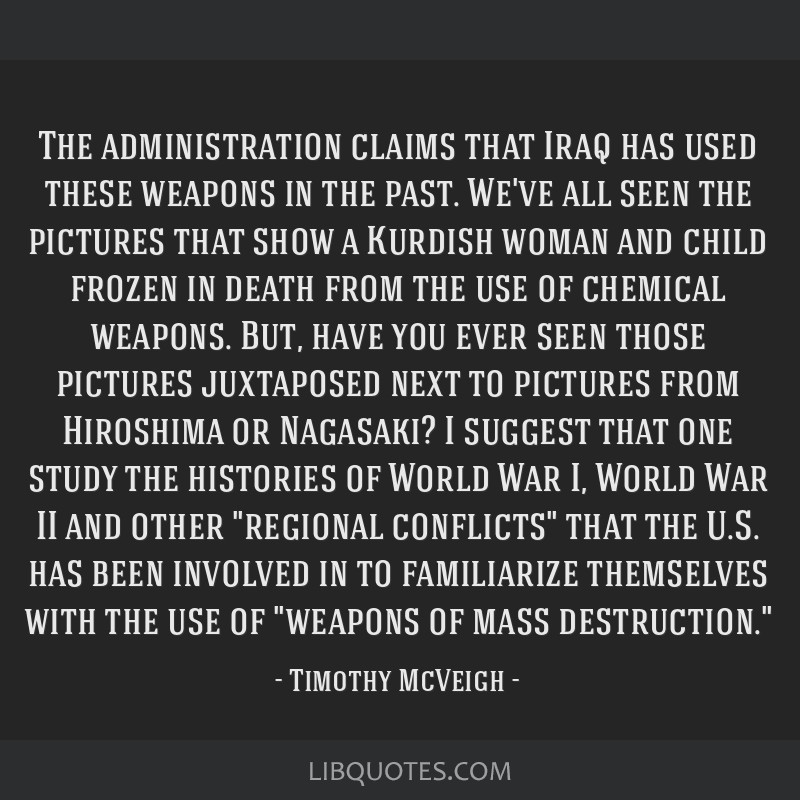