Think of it this way. When I was in the Army, you didn't see me for years. Think of me that way now, like I'm away in the Army again, on an assignment for the military.

To his mother (1997), as quoted in American Terrorist: Timothy McVeigh and the Oklahoma City Bombing (2001), by Lou Michel and Dan Herbeck, New York: ReganBooks (HarperCollins), p. 347. 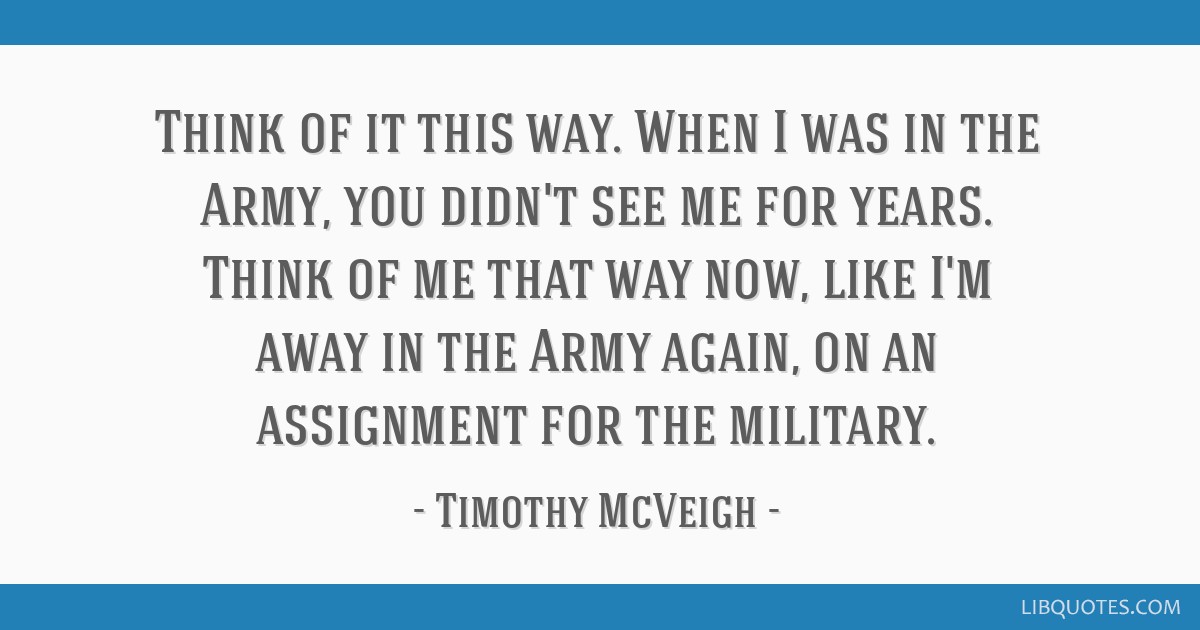 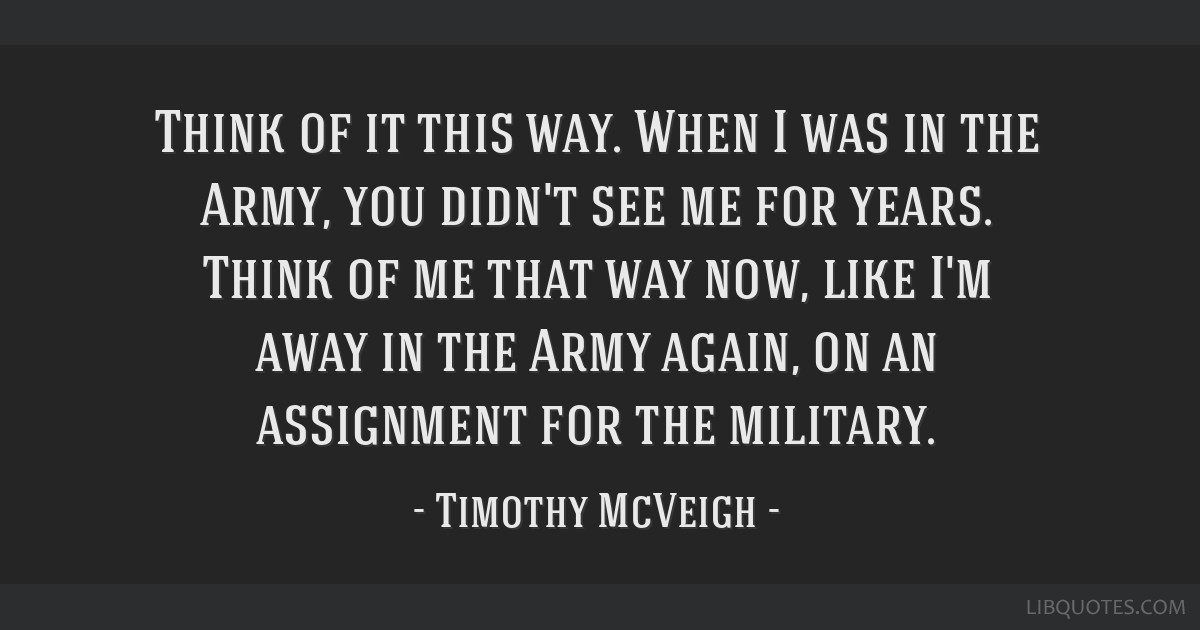 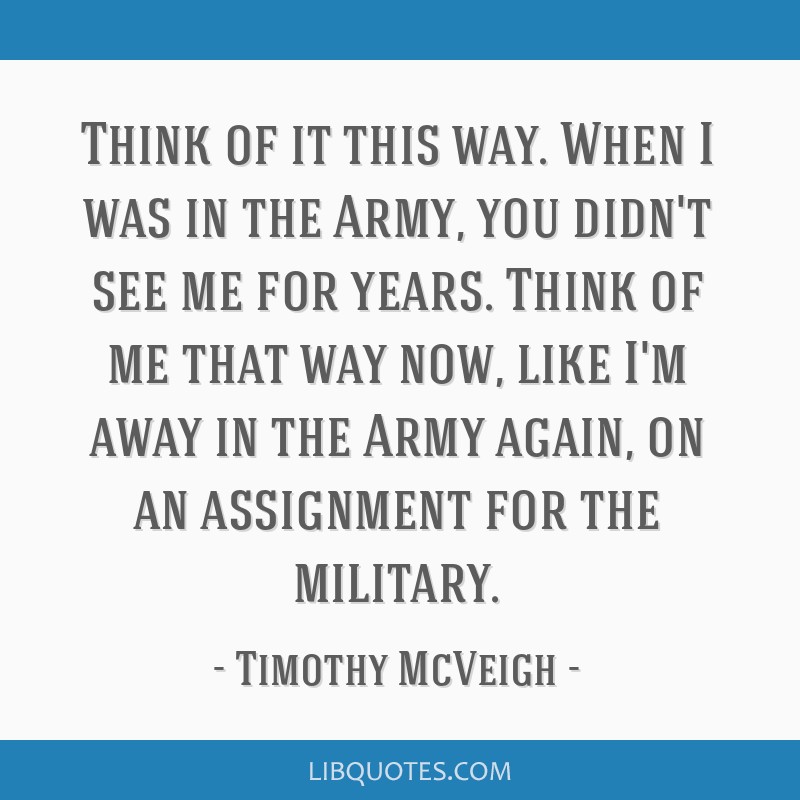 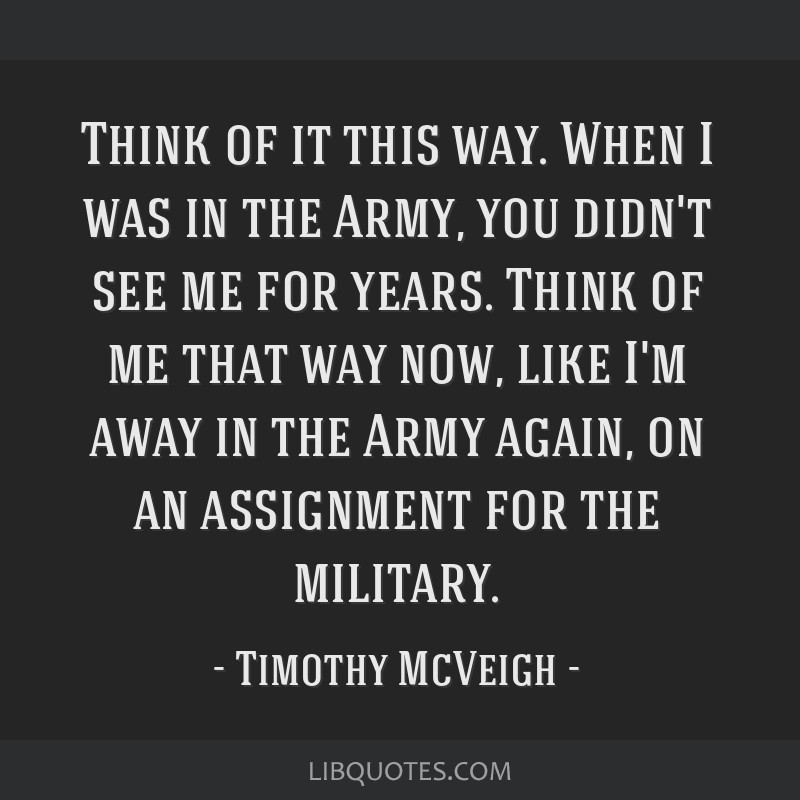 Born: April 23, 1968
Died: June 11, 2001 (aged 33)
Bio: Timothy James McVeigh was an American convicted and executed for the detonation of a truck bomb in front of the Alfred P. Murrah Federal Building in Oklahoma City on April 19, 1995.
Timothy McVeigh Quotes