Now the battle for Canadian independence does have to be fought again, but against a new form of servitude. Our struggle today is different from that of the colonial peoples, fighting against national enslavement imposed upon them by the armed forces of foreign imperialists. We are threatened with complete national enslavement to a foreign power, but that power is not, at least not yet, imposing its control by the force of arms. Canada is being sold into United States control by "her own" ruling class; the parasitic, speculative, Canadian manipulators of stock market deals, politics and governmental concessions, who are enriching themselves by trading the national future of Canada for junior partnerships in the United States monopolies. 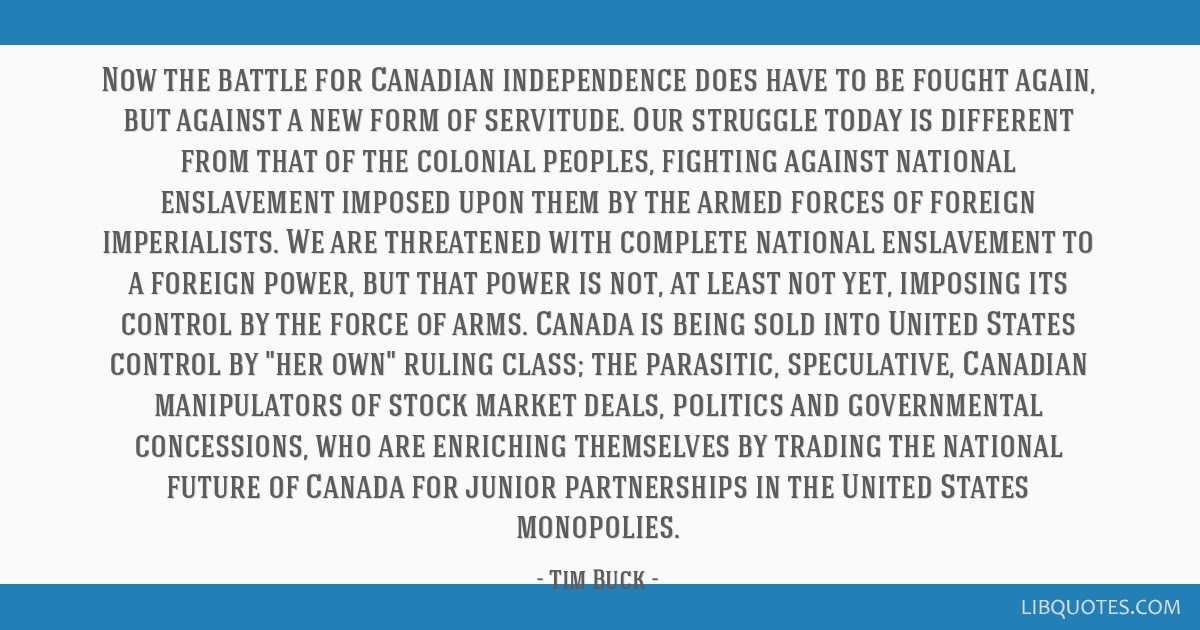 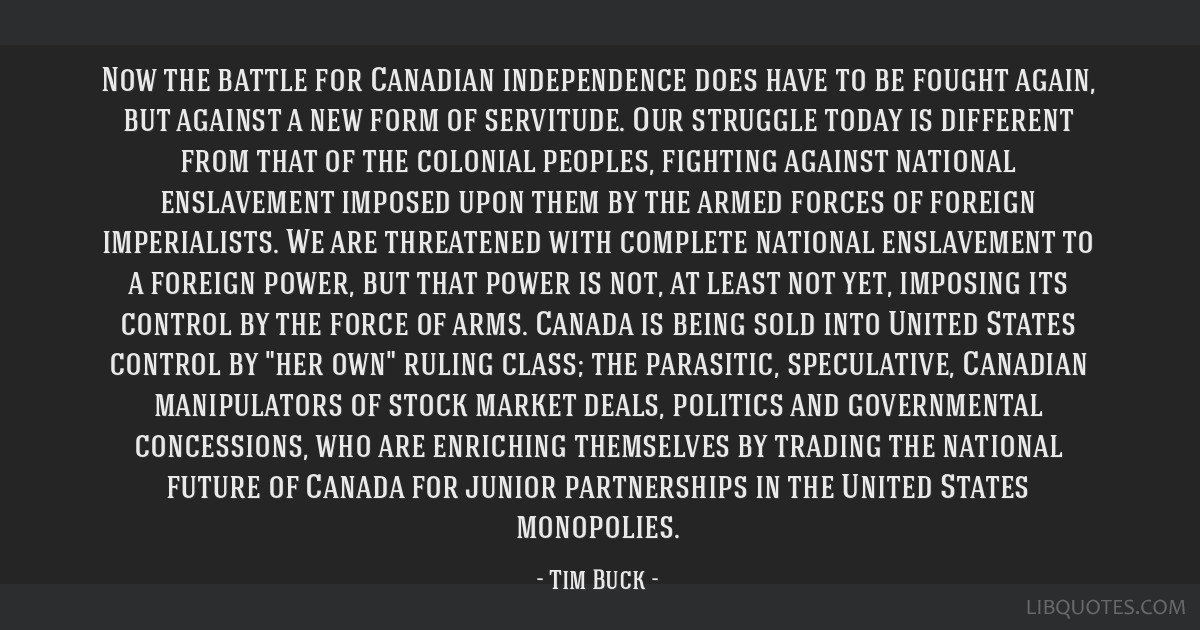