U.S. imperialism will be compelled to withdraw its troops, and to allow the people of Vietnam to settle their national affairs as they wish. Victory for the heroic people of Vietnam in their unwavering struggle to maintain their national independence will mark the end of the era during which great imperialist states were able to impose their will upon weaker peoples by brute force of arms. By virtue of that fact and the character of our epoch, it will open the floodgates for a great and widespread democratic advance all over the world. 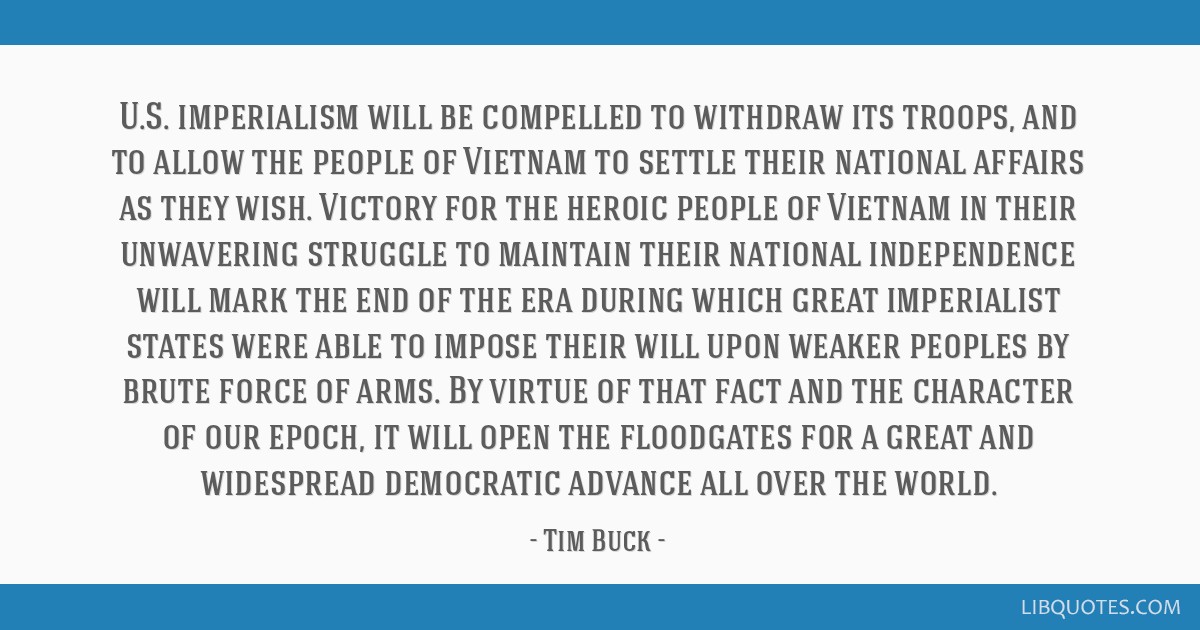 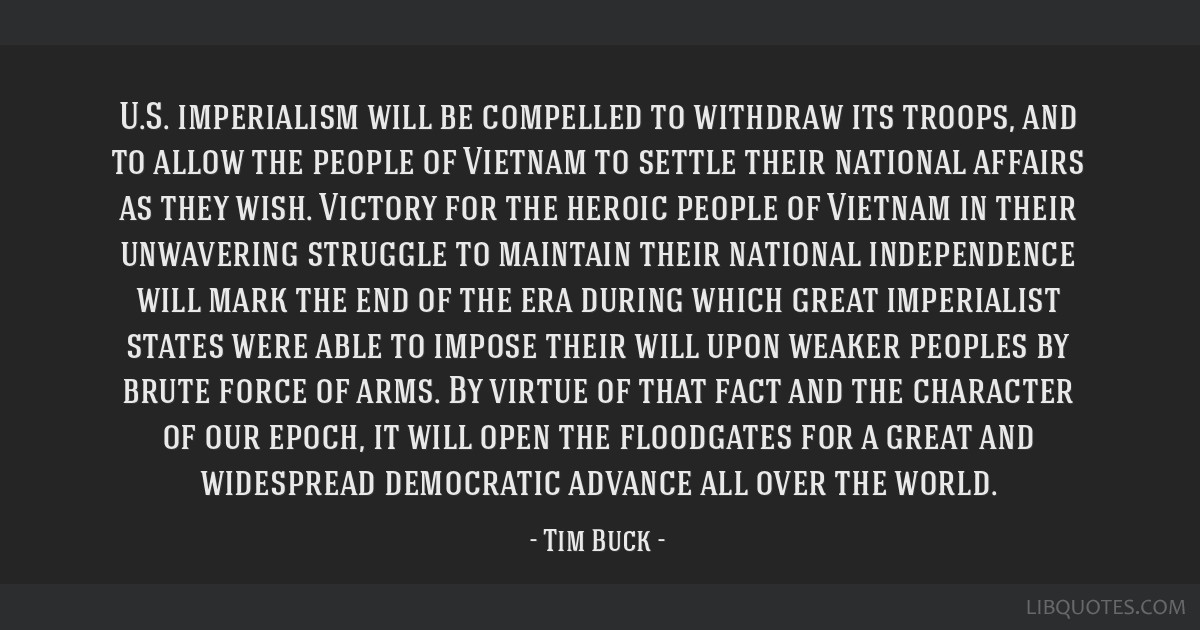 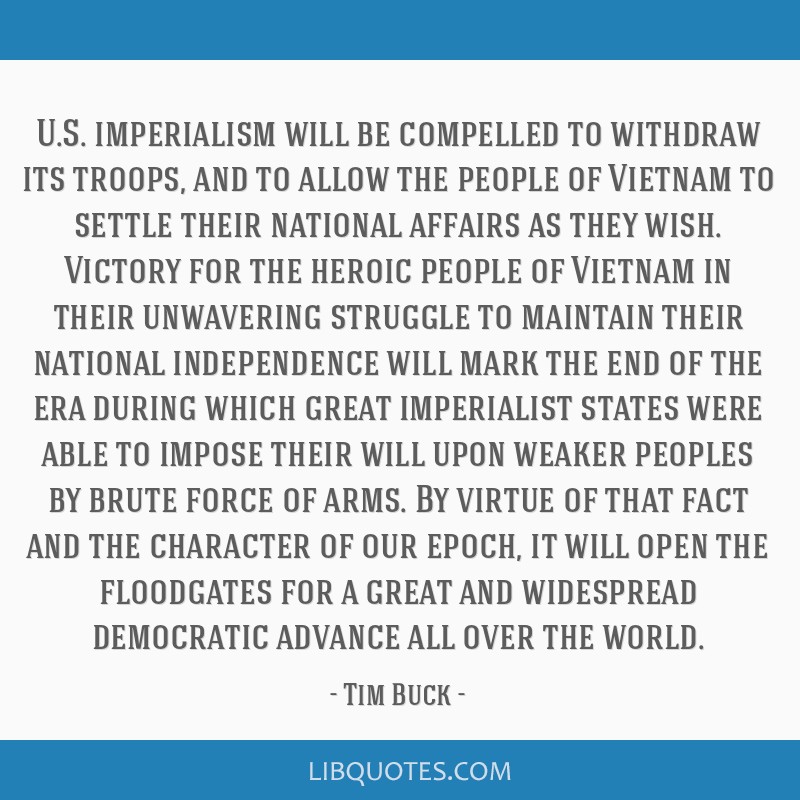 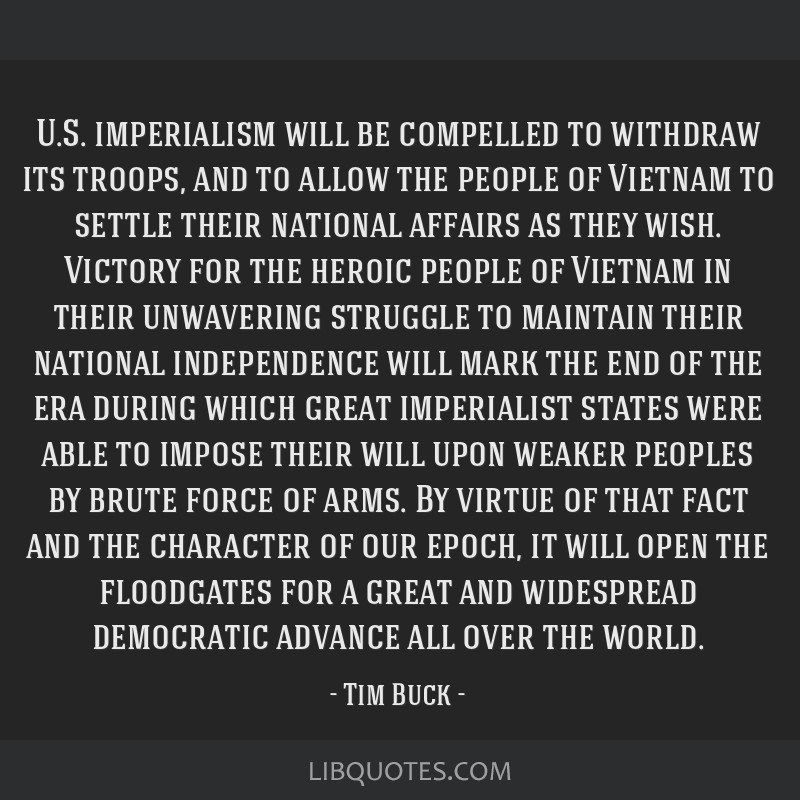