We've lost a fighter. We've lost somebody who put huge energy into righting wrongs. There are people around the world who take it on themselves to just try to fix the world but very few of them do it 24/7 like Aaron. Very few of them are as dedicated. So of the people who are fighting for right, and what he was doing up to the end was fighting for right, we have lost one of our own. … We've lost a great person. 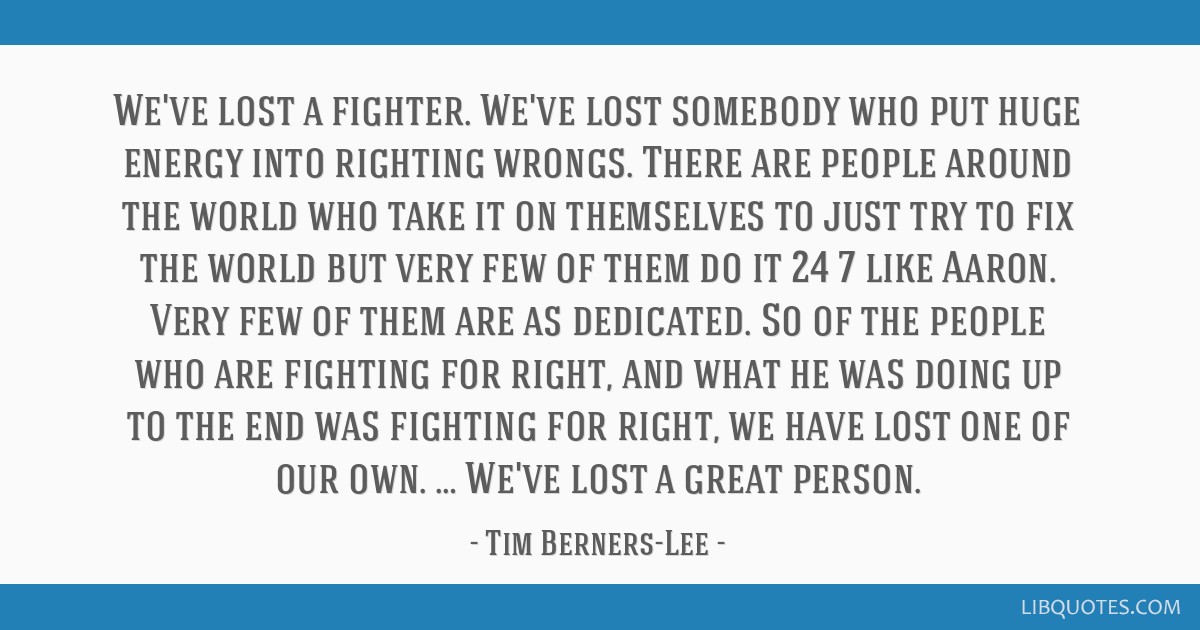 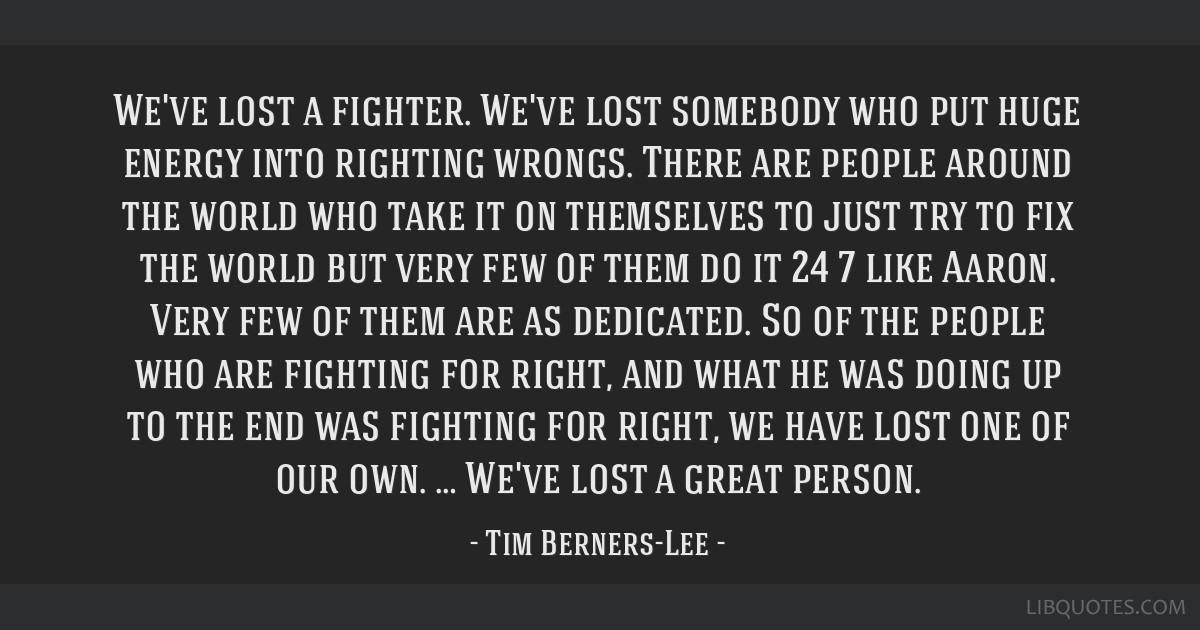 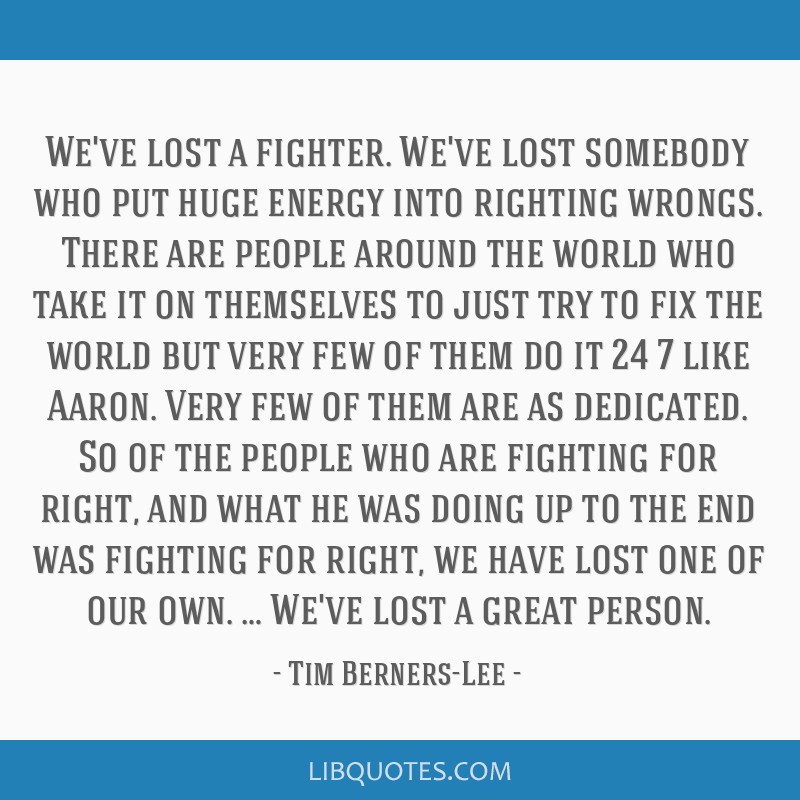 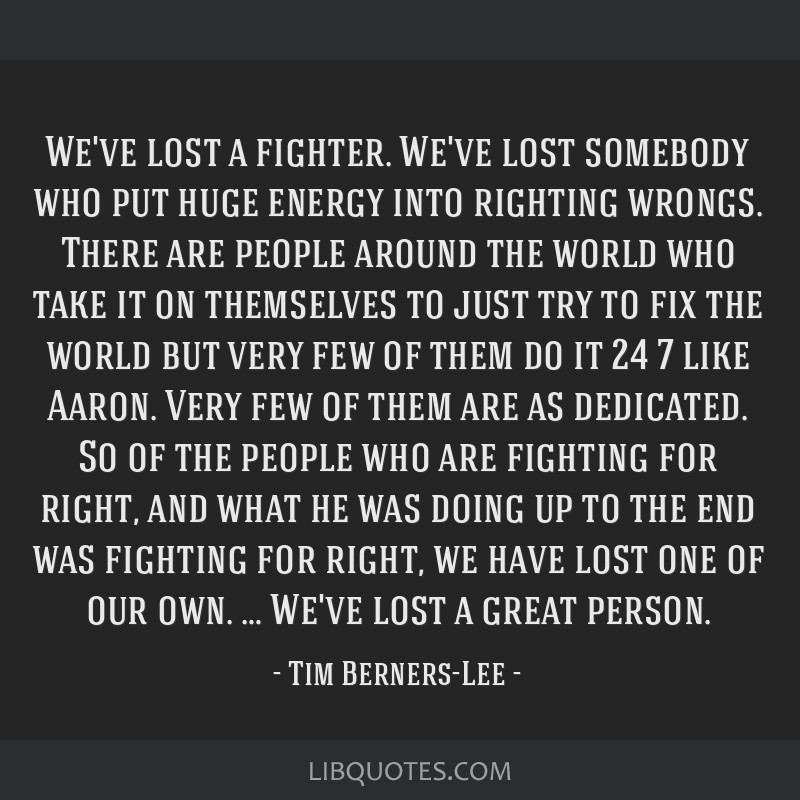 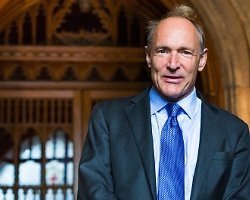