It is amazing how many of the horrors of the 20th century were a result of charismatic quacks misleading millions of people to their own doom. What is even more amazing is that, after a century that saw the likes of Hitler, Lenin and Mao, we still see no need to distrust charisma as a basis for choosing leaders, either in politics or in numerous organizations and movements. 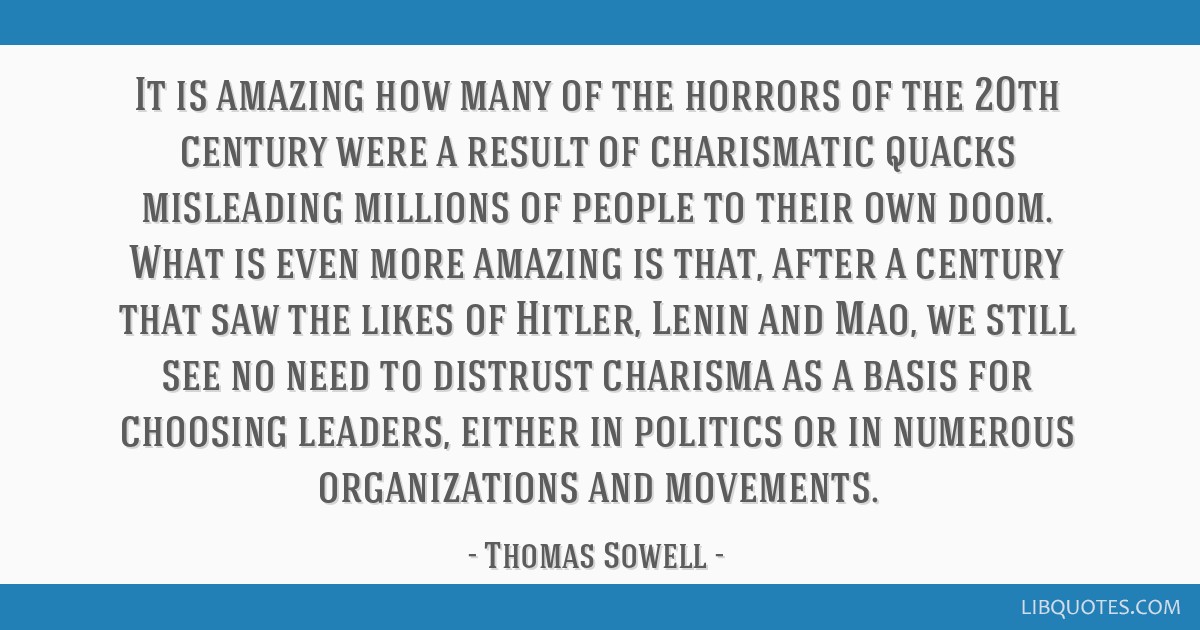 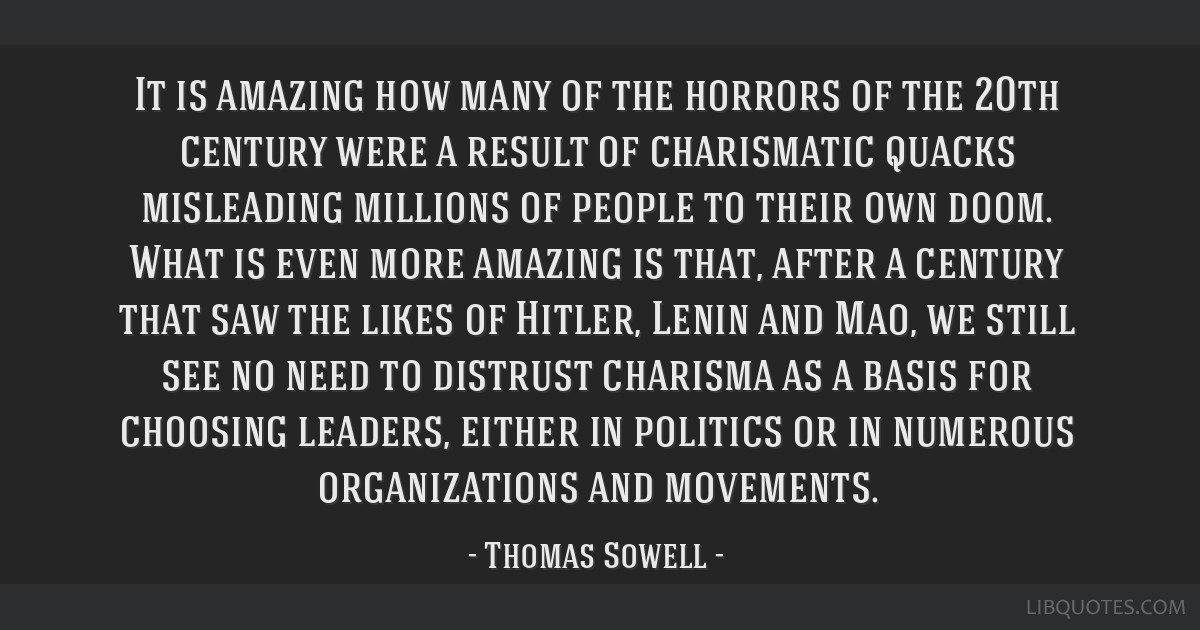 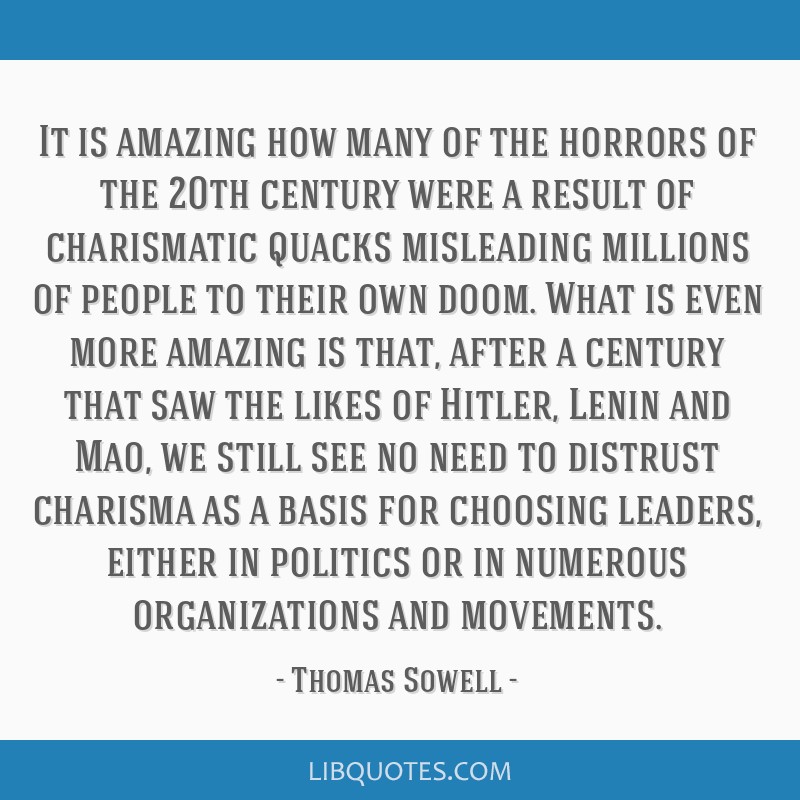 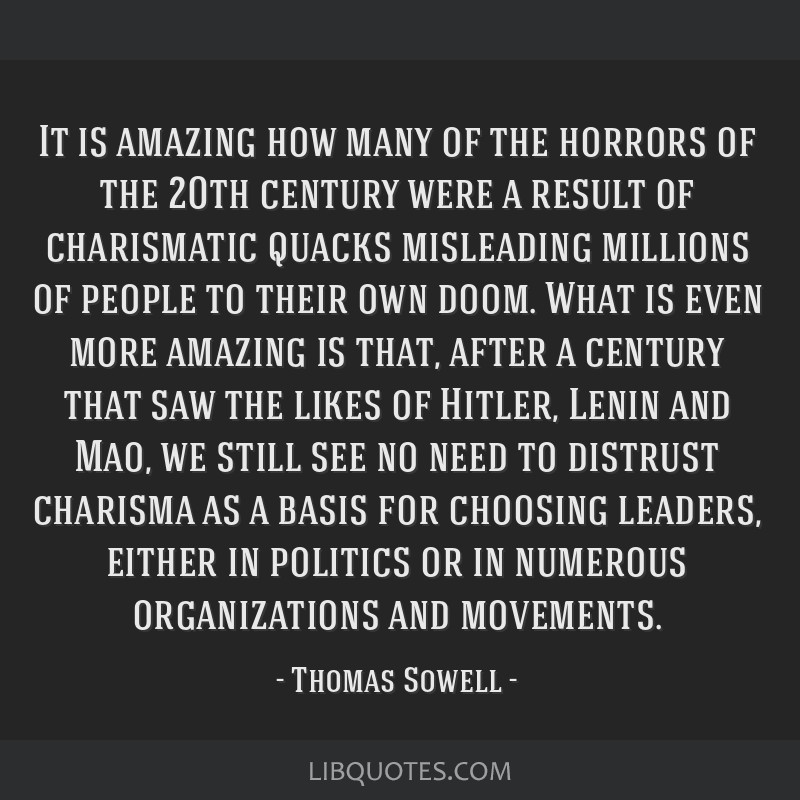 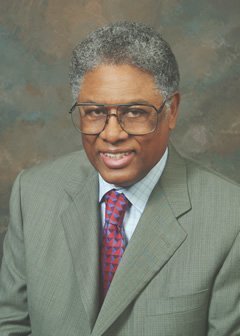