The next possessors of nuclear weapons may be Iran, North Korea, or possibly some terrorist bodies. Is there any hope that they will have absorbed the nearly universal inhibition against the use of nuclear weapons, or will at least be inhibited by the recognition that the taboo enjoys widespread acclaim?

Thomas Schelling
The most spectacular event of the past half century is one that did not occur. We have enjoyed sixty years without nuclear weapons exploded in anger.

Thomas Schelling
Arms control is so often identified with limitations on the possession or deployment of weapons that it is often overlooked that this reciprocated investment in non-nuclear capability was a remarkable instance of unacknowledged but reciprocated arms control. 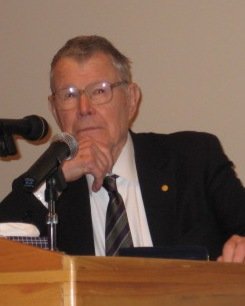