So the city became the material expression of a particular loss of innocence – not sexual or political innocence but somehow a shared dream of what a city might at its best prove to be – its inhabitants became, and have remained, an embittered and amnesiac race, wounded but unable to connect through memory to the moment of injury, unable to summon the face of their violator. 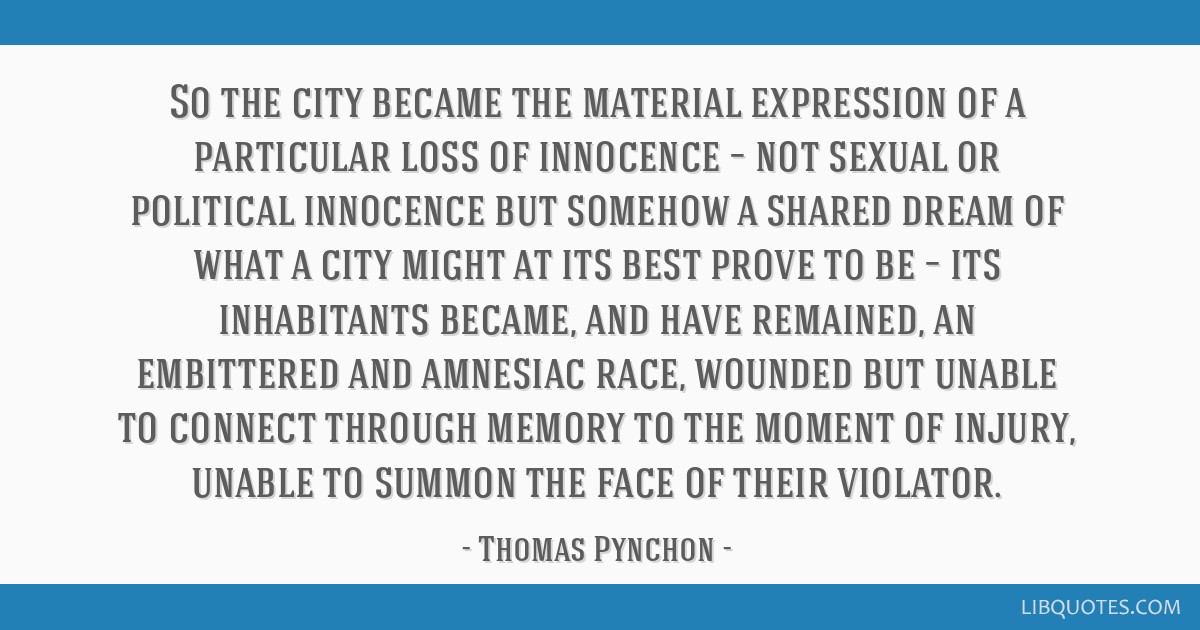 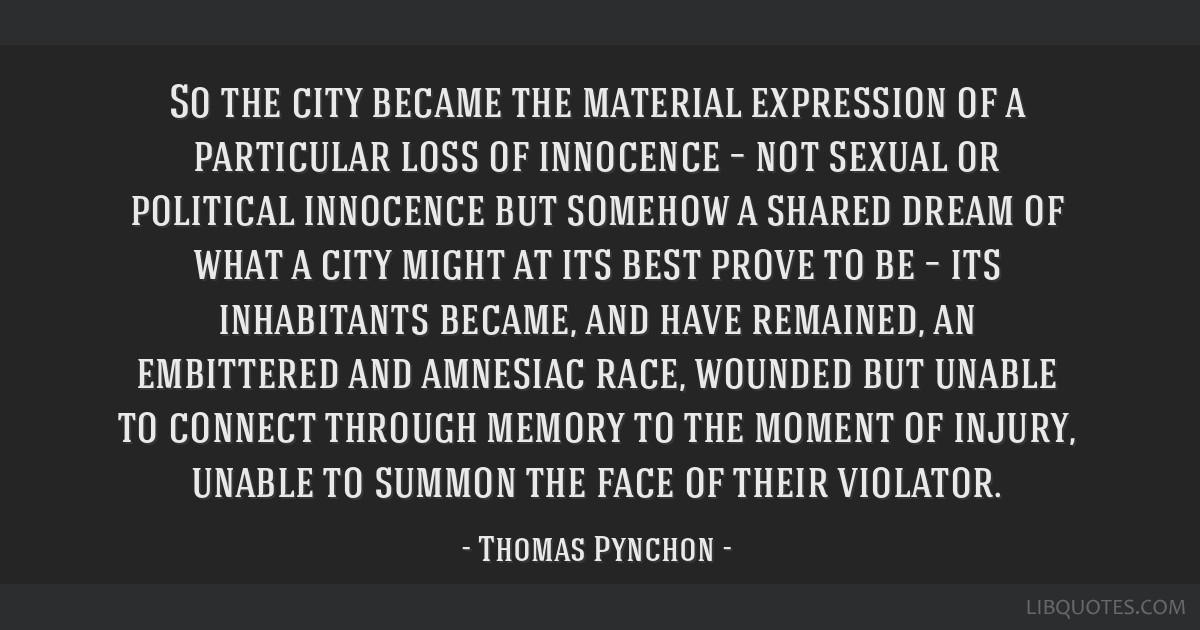 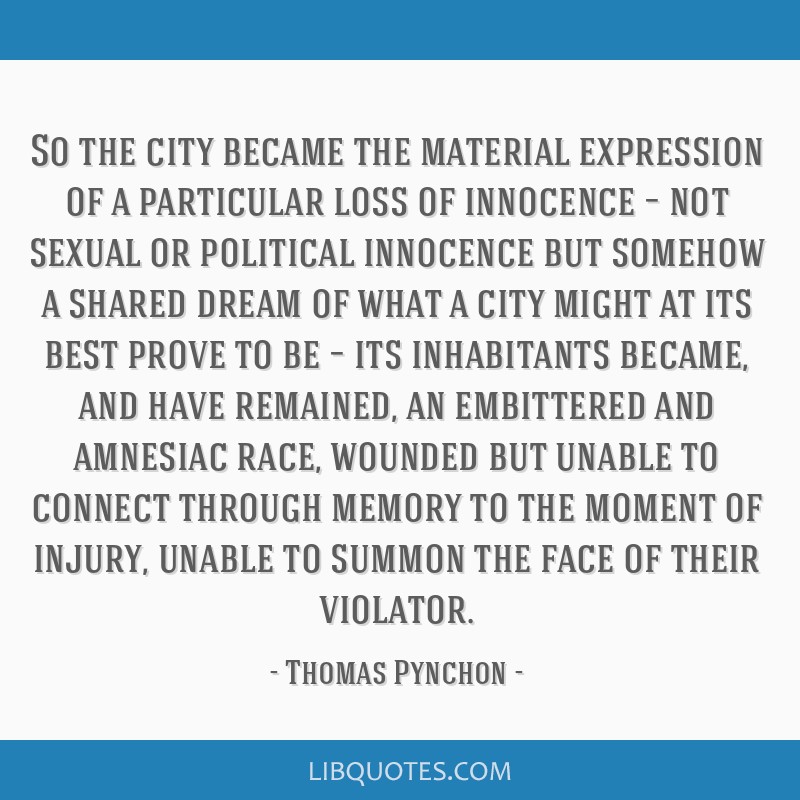 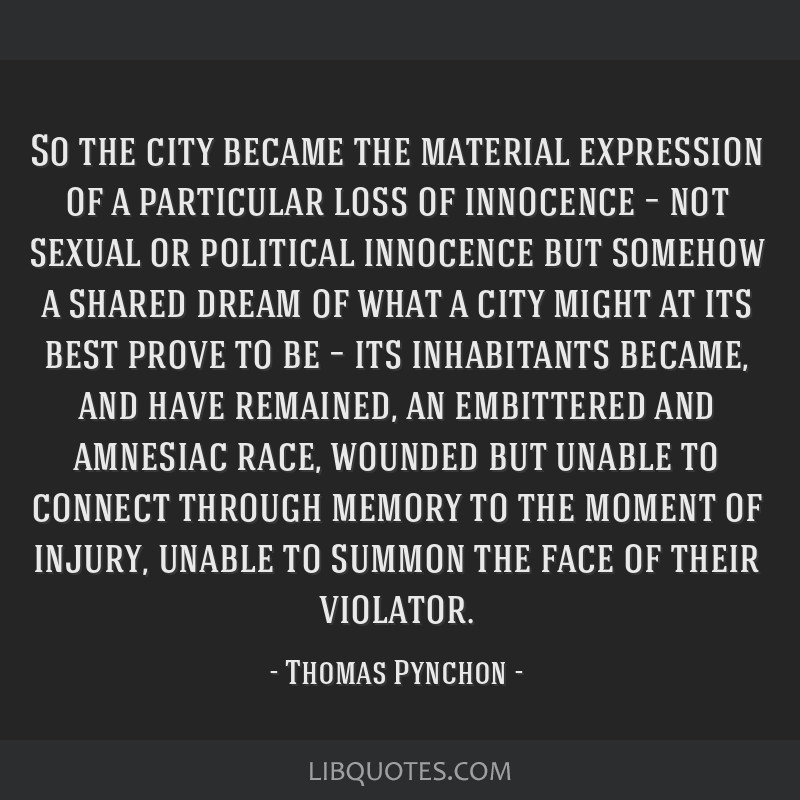