As to the Christian system of faith, it appears to me as a species of Atheism — a sort of religious denial of God. It professes to believe in a man rather than in God. It is a compound made up chiefly of Manism with but little Deism, and is as near to Atheism as twilight is to darkness. It introduces between man and his Maker an opaque body, which it calls a Redeemer, as the moon introduces her opaque self between the earth and the sun, and it produces by this means a religious, or an irreligious, eclipse of light. It has put the whole orbit of reason into shade. 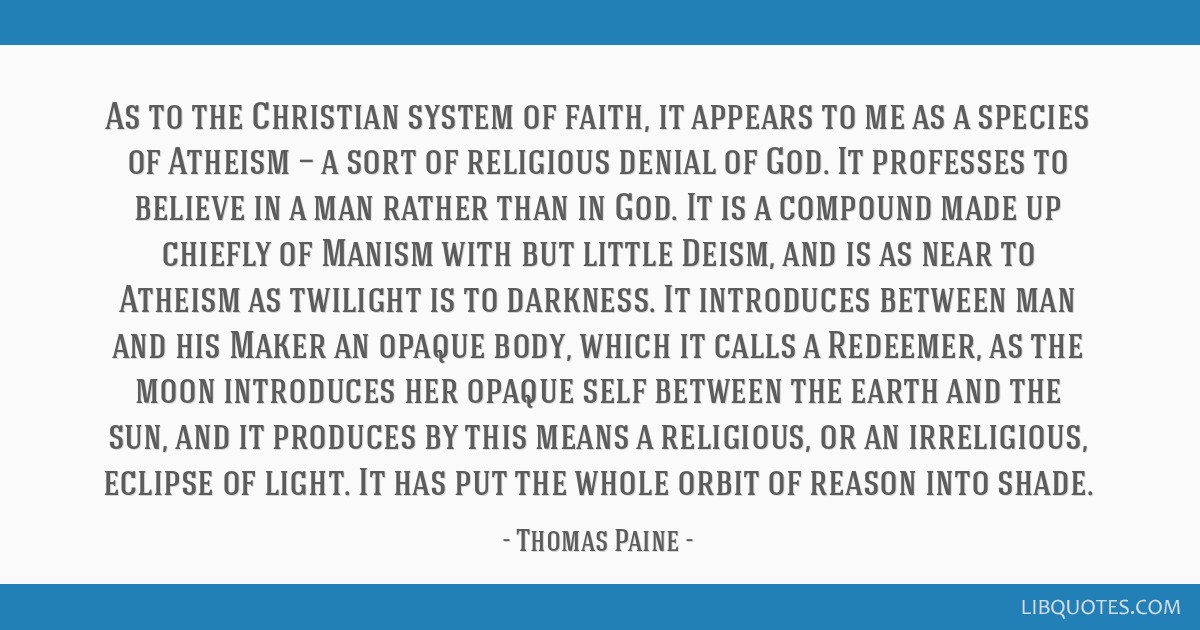 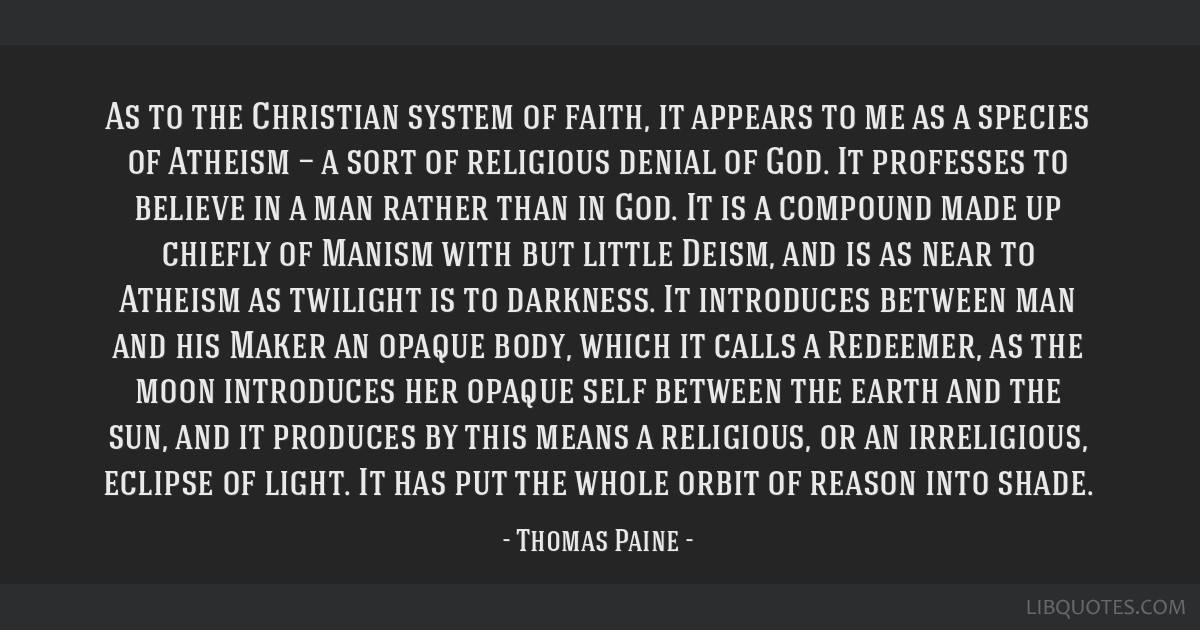 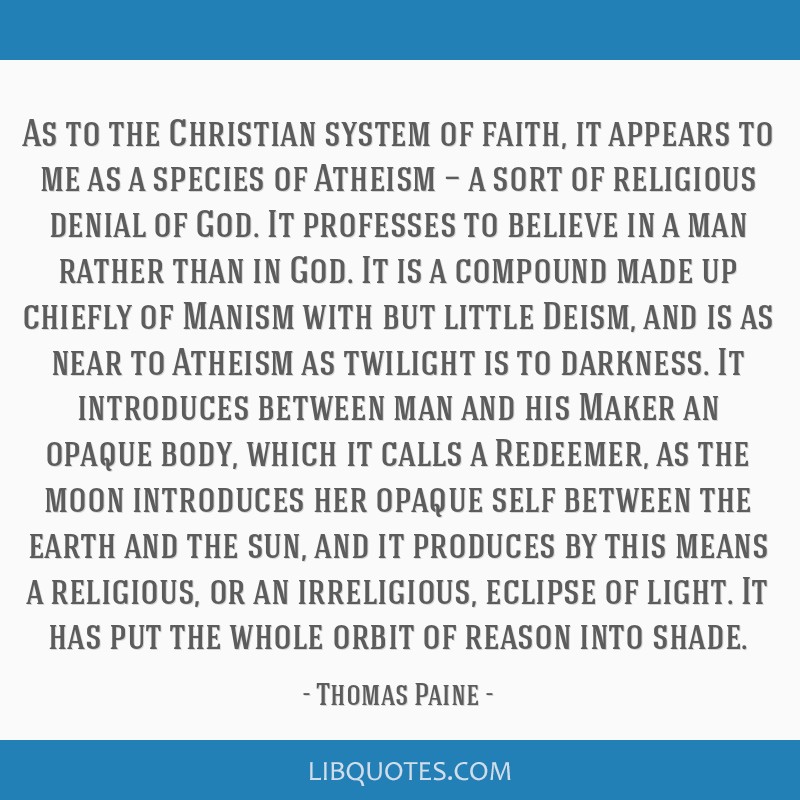 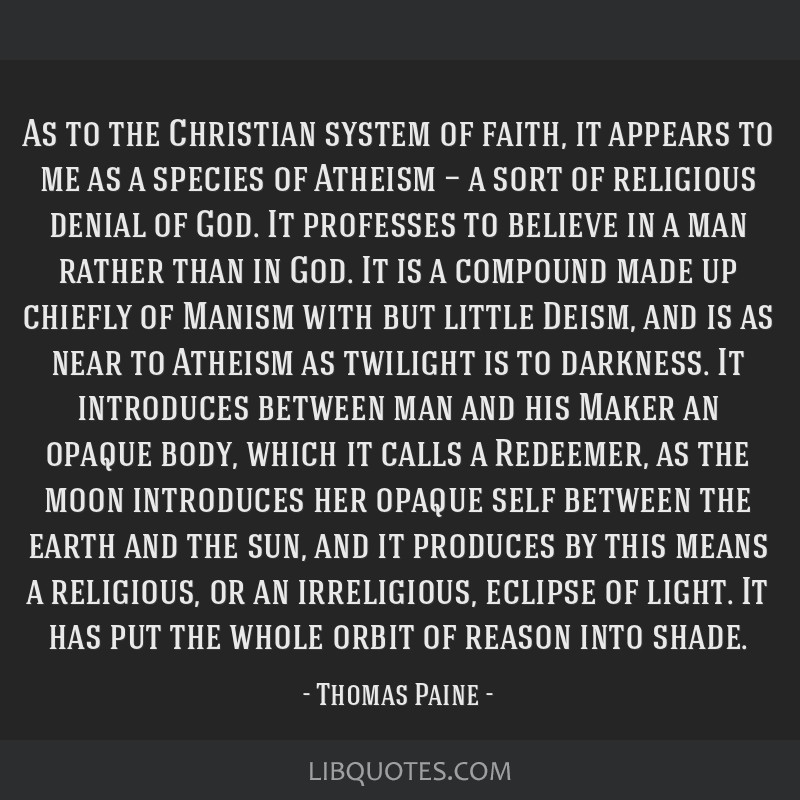 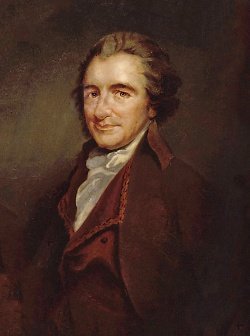