Reason is universal because no attempted challenge to its results can avoid appealing to reason in the end-by claiming, for example, that what was presented as an argument is really a rationalization. This can undermine our confidence in the original method or practice only by giving us reasons to believe something else, so that finally we have to think about the arguments to make up our minds. 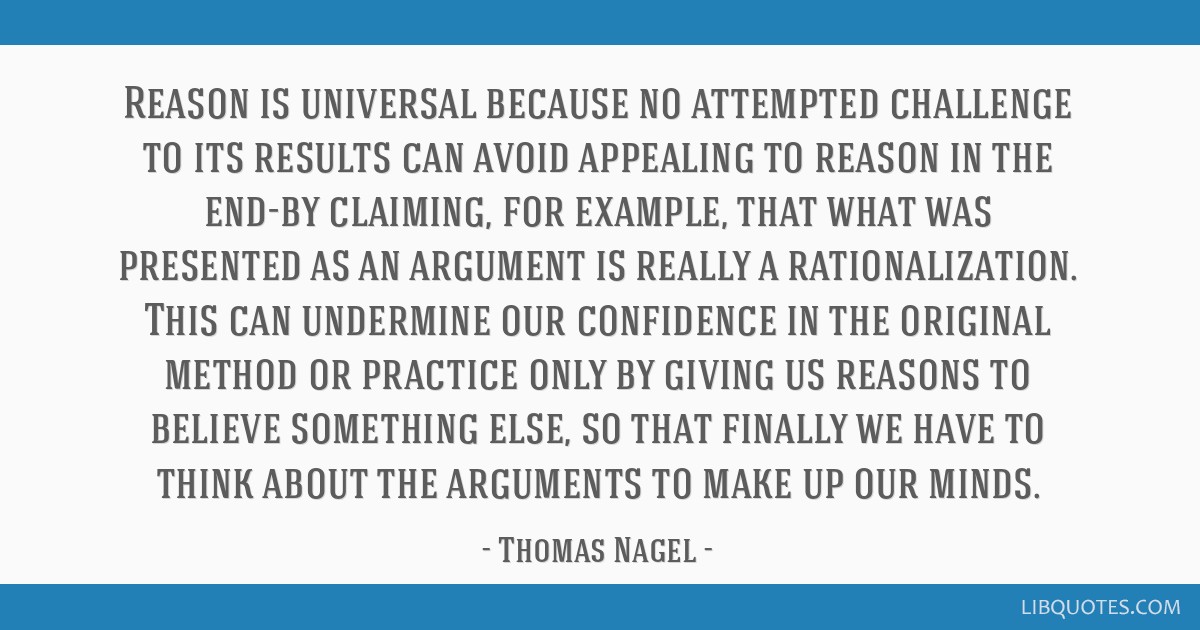 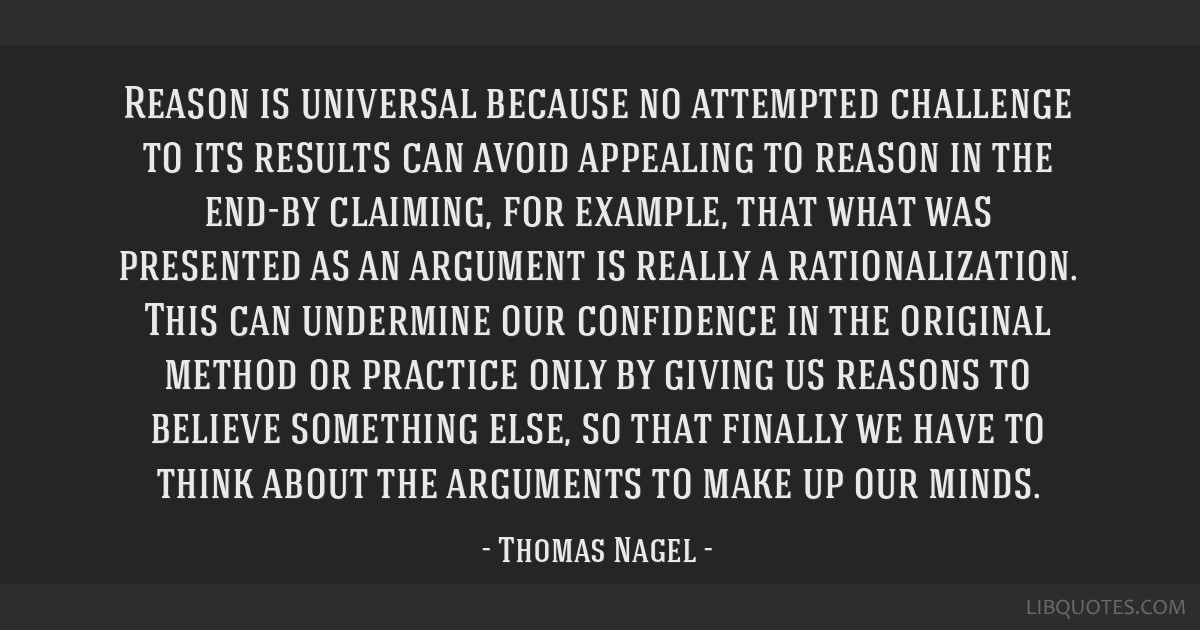 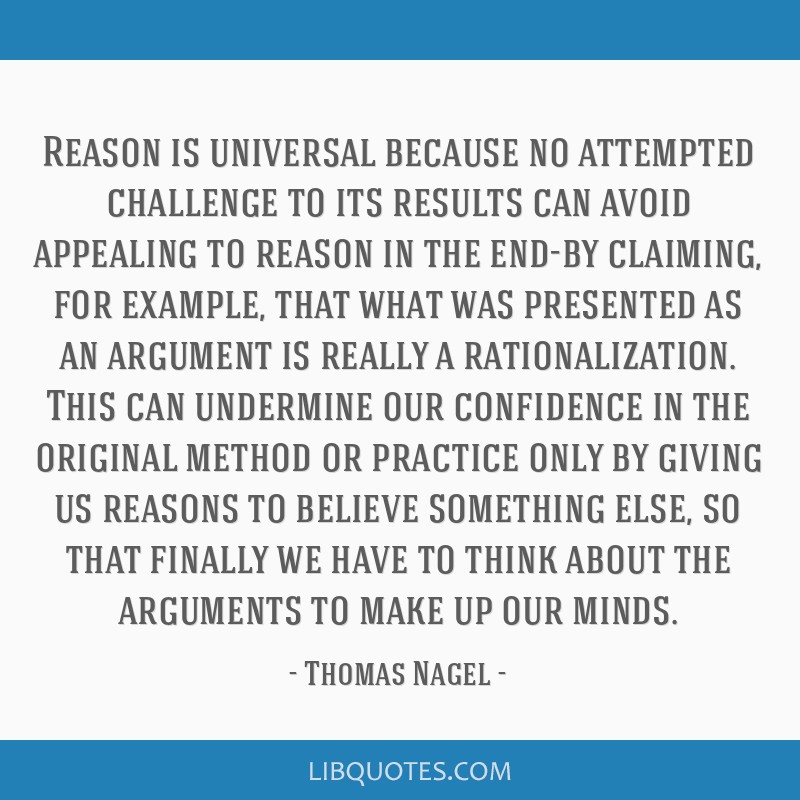 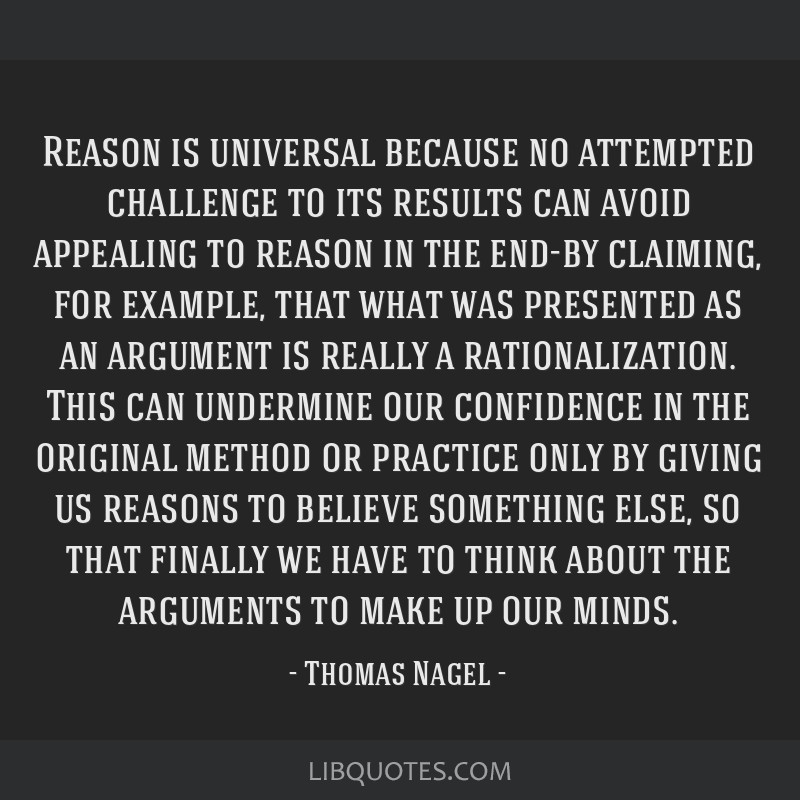 We now recognize that abuse and neglect may be as frequent in nuclear families as love, protection, and commitment are in nonnuclear families.
David Elkind 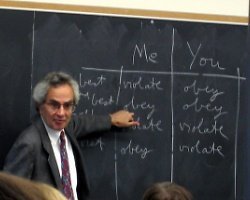