I think putting thieves to death is not lawful; and it is plain and obvious that it is absurd and of ill consequence to the commonwealth that a thief and a murderer should be equally punished; for if a robber sees that his danger is the same if he is convicted of theft as if he were guilty of murder, this will naturally incite him to kill the person whom otherwise he would only have robbed; since, if the punishment is the same, there is more security, and less danger of discovery, when he that can best make it is put out of the way; so that terrifying thieves too much provokes them to cruelty.

Ch. 1 : Discourses of Raphael Hythloday, of the Best State of a Commonwealth - Utopia (1516) 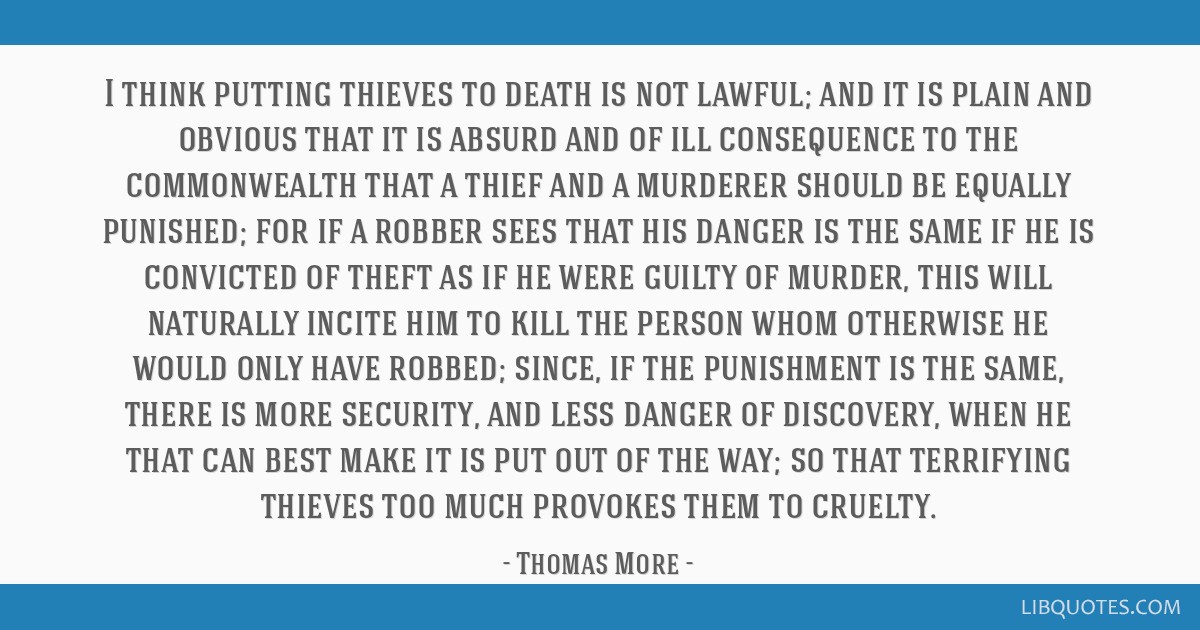 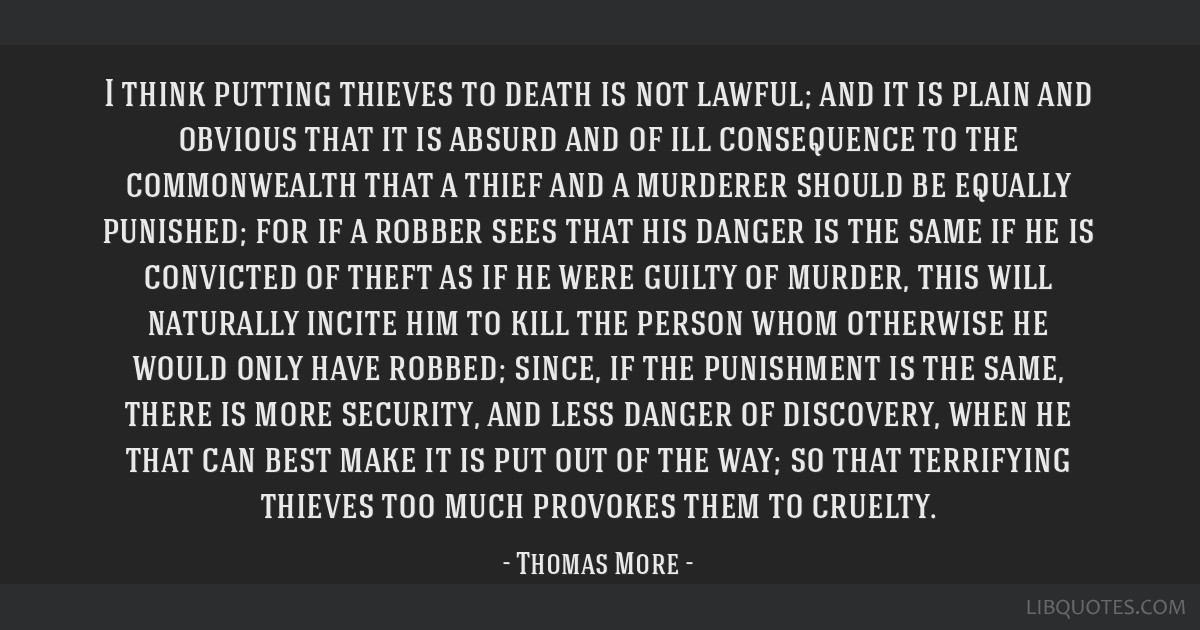 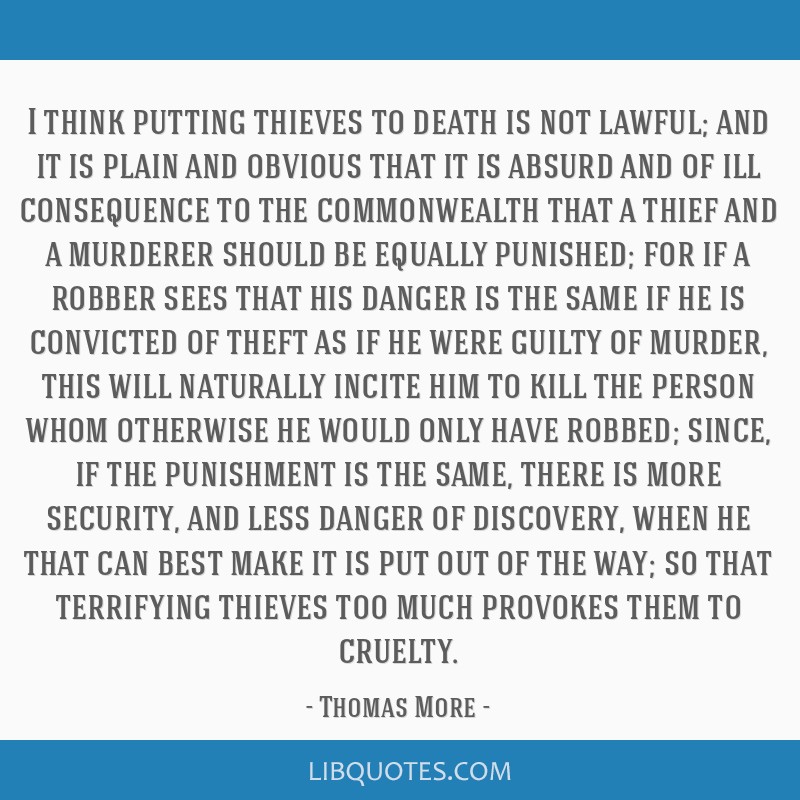 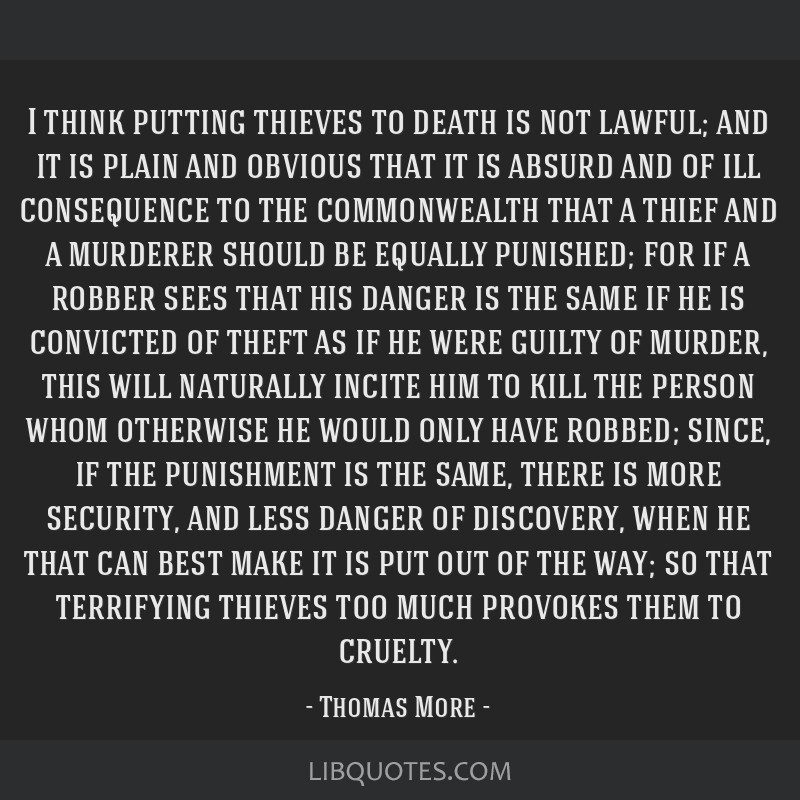 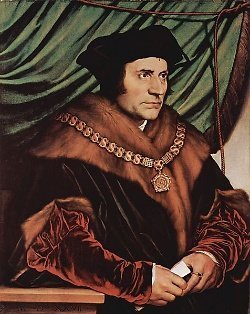