The trisection of an angle was effected by means of a curve discovered by Hippias of Elis, the sophist, a contemporary of Hippocrates as well as of Democritus and Socrates. The curve was called the quadratrix because it also served (in the hands, as we are told, of Dinostratus, brother of Menæchmus, and of Nicomedes) for squaring the circle. It was theoretically constructed as the locus of the point of intersection of two straight lines moving at uniform speeds and in the same time, one motion being angular and the other rectilinear. 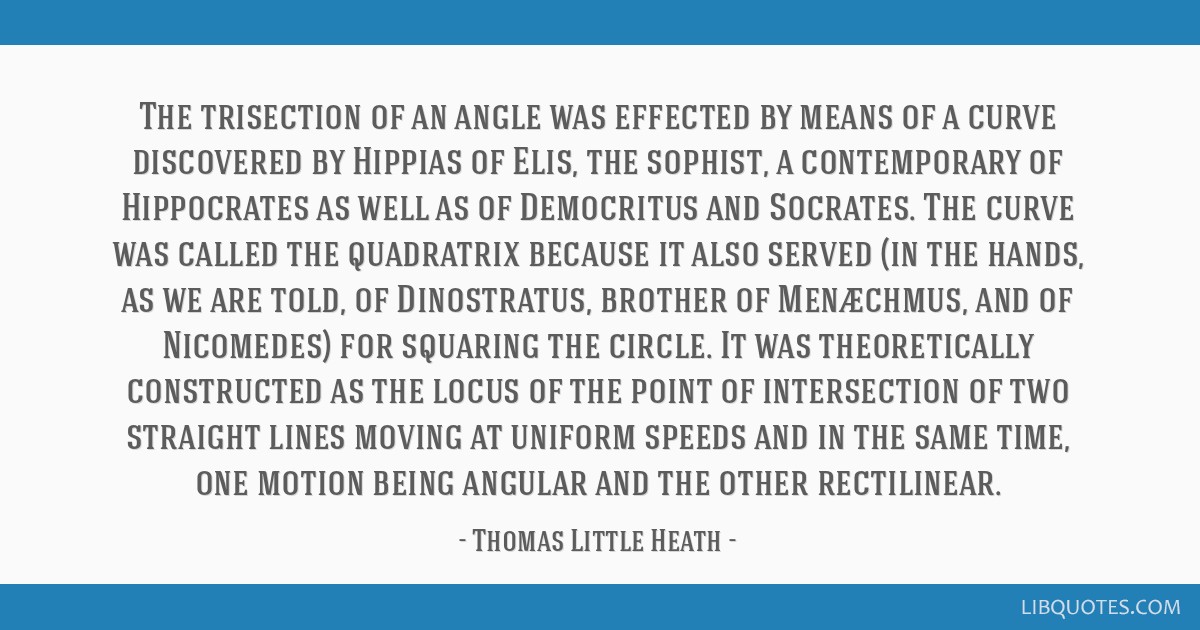 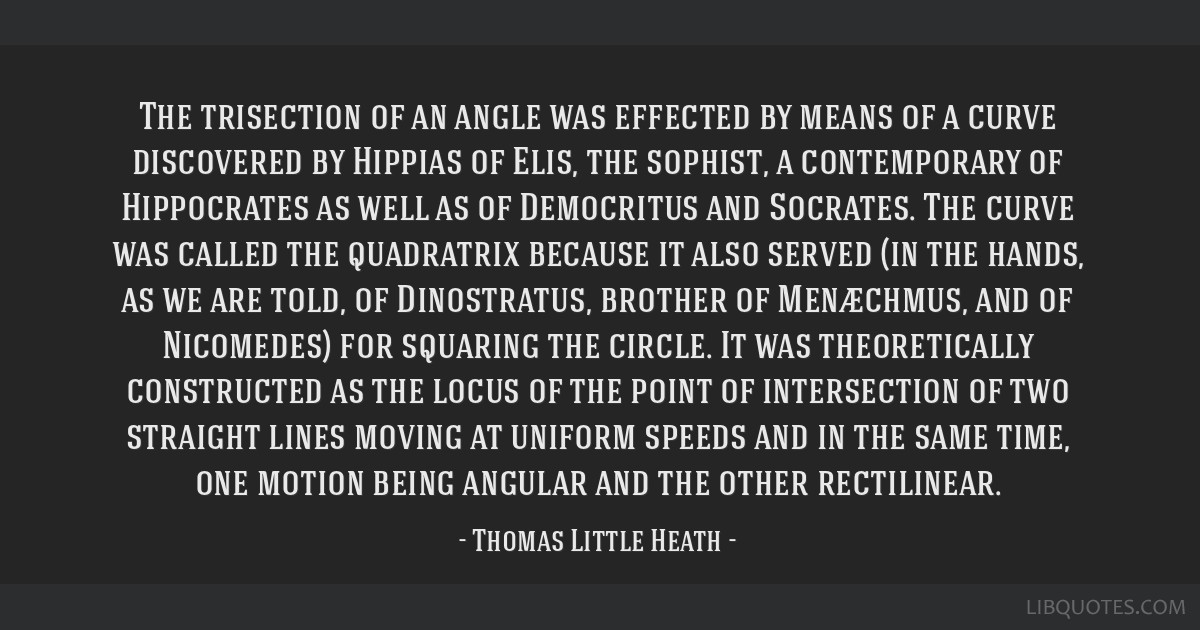 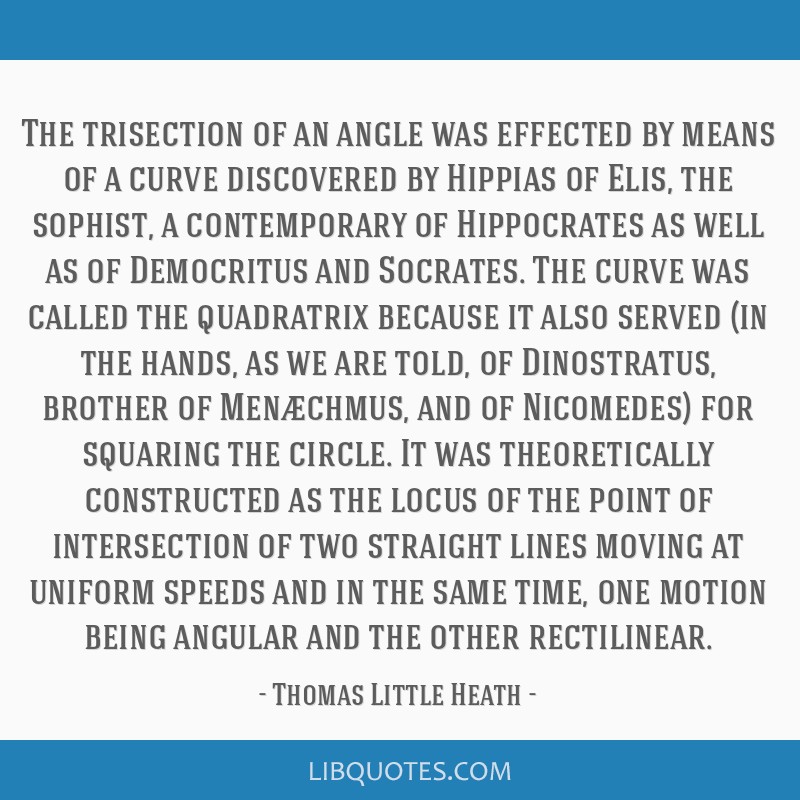 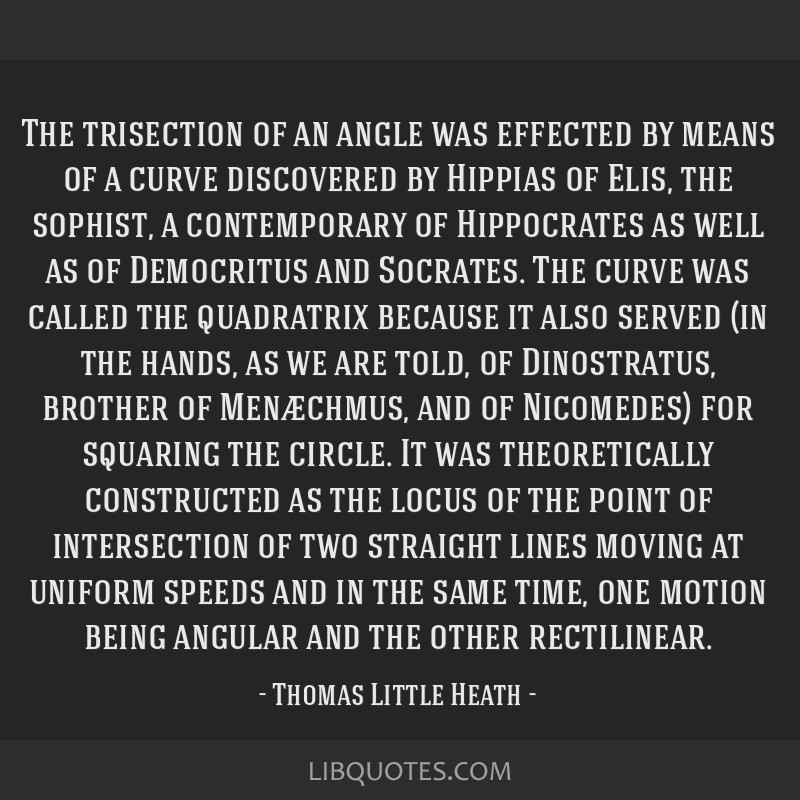