The Pennsylvania legislature, who, on a proposition to make the belief in God a necessary qualification for office, rejected it by a great majority, although assuredly there was not a single atheist in their body. And you remember to have heard, that when the act for religious freedom was before the Virginia Assembly, a motion to insert the name of Jesus Christ before the phrase, "the author of our holy religion," which stood in the bill, was rejected, although that was the creed of a great majority of them. 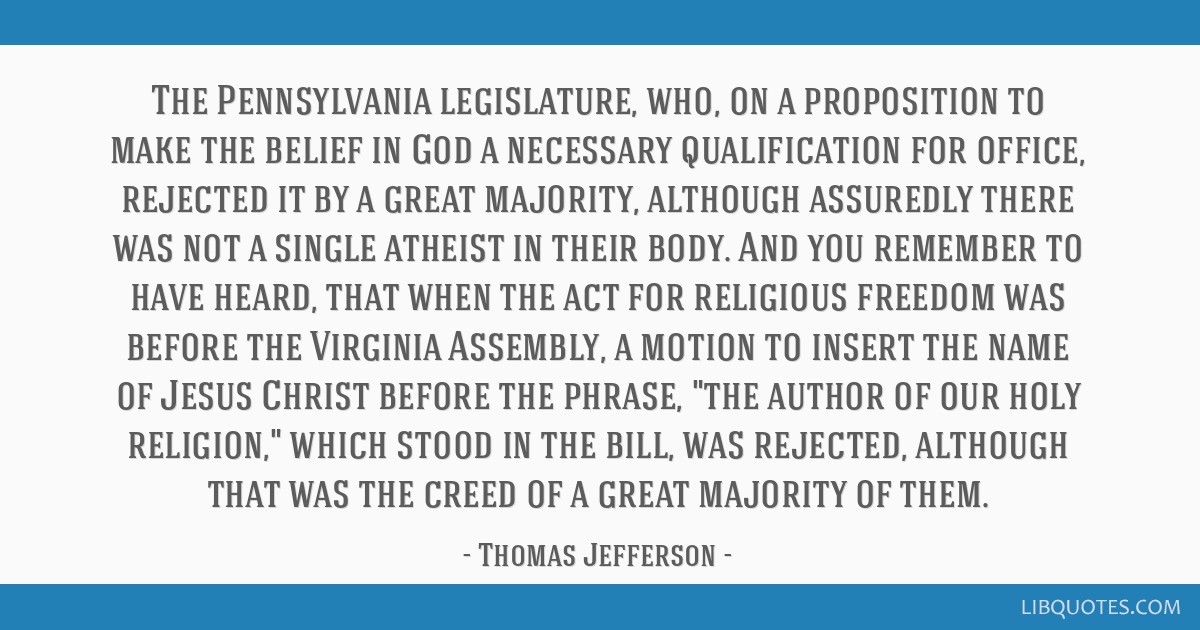 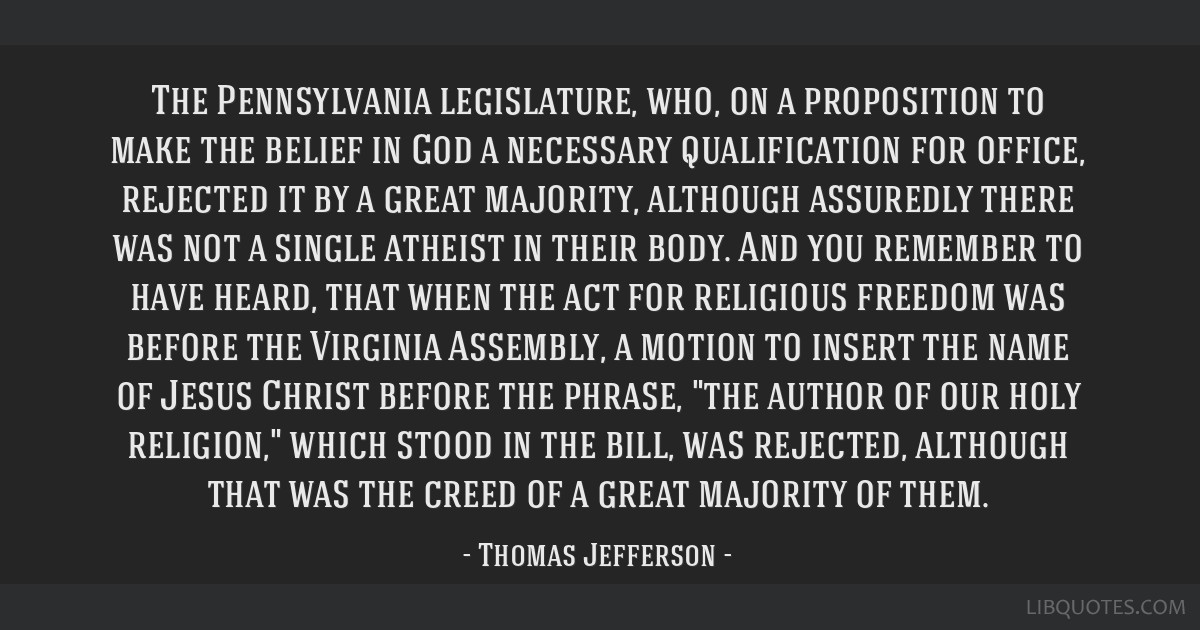 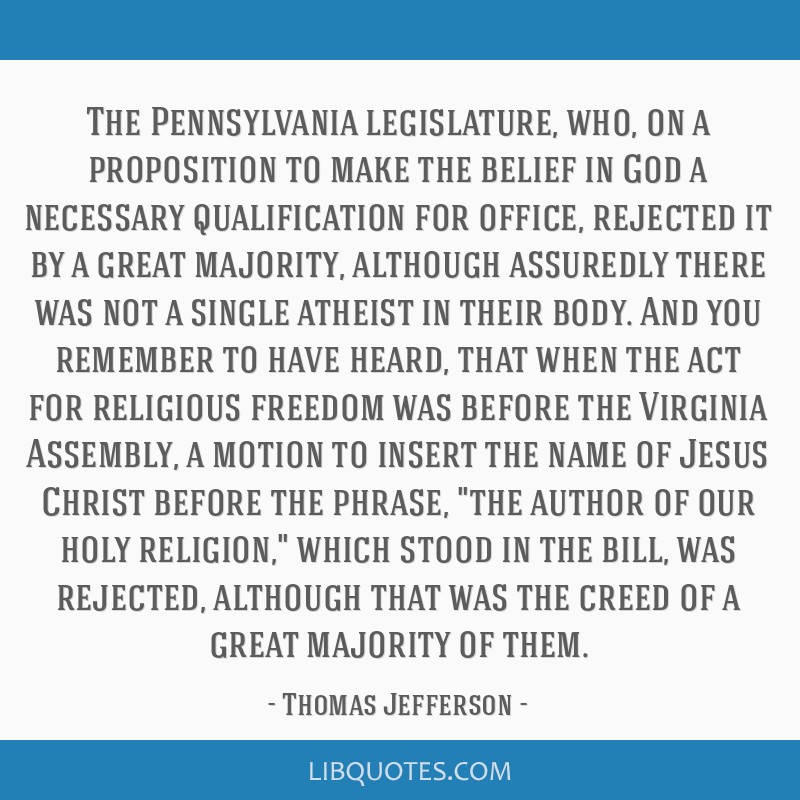 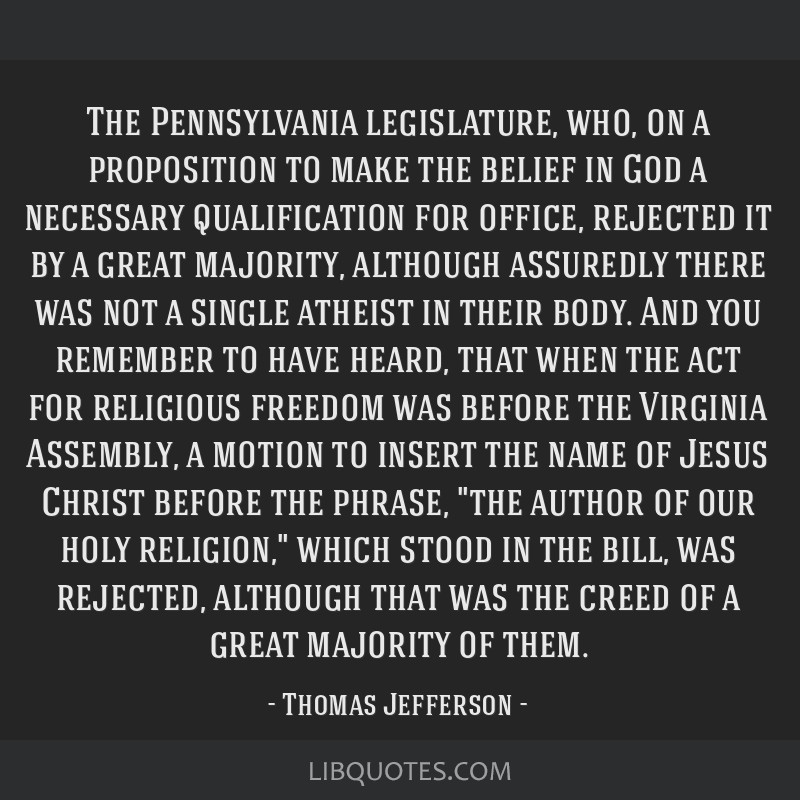