I can never join Calvin in addressing his god. He was indeed an Atheist, which I can never be; or rather his religion was Daemonism. If ever man worshipped a false god, he did. The being described in his 5 points is not the God whom you and I acknowledge and adore, the Creator and benevolent governor of the world; but a daemon of malignant spirit. It would be more pardonable to believe in no god at all, than to blaspheme him by the atrocious attributes of Calvin. Indeed I think that every Christian sect gives a great handle to Atheism by their general dogma that, without a revelation, there would not be sufficient proof of the being of a god. 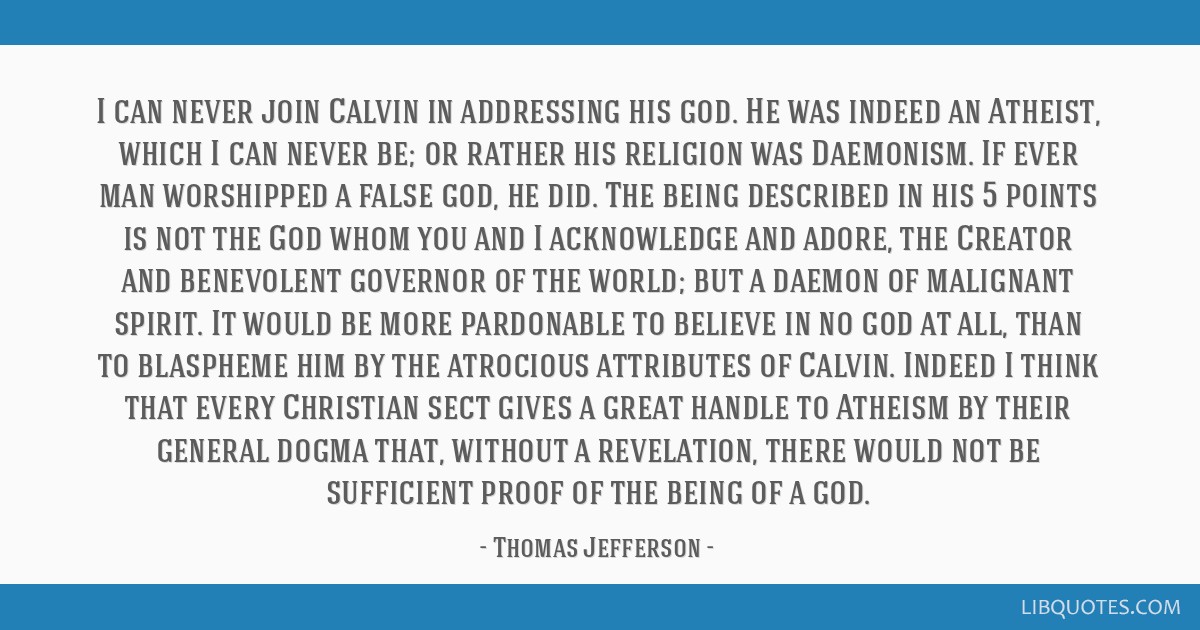 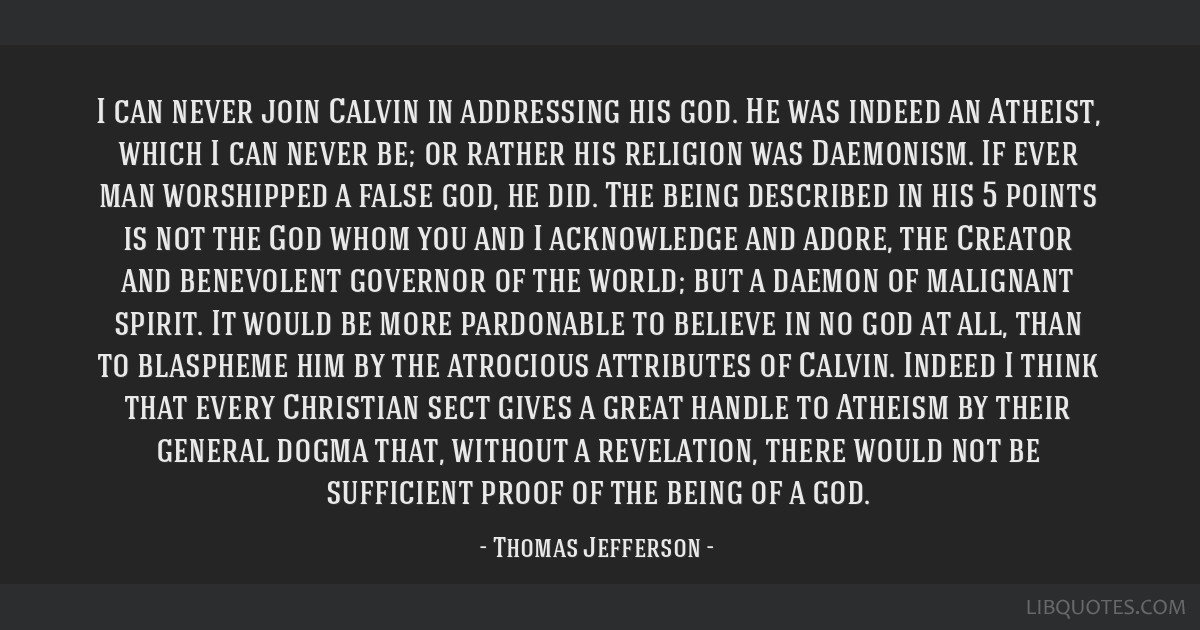 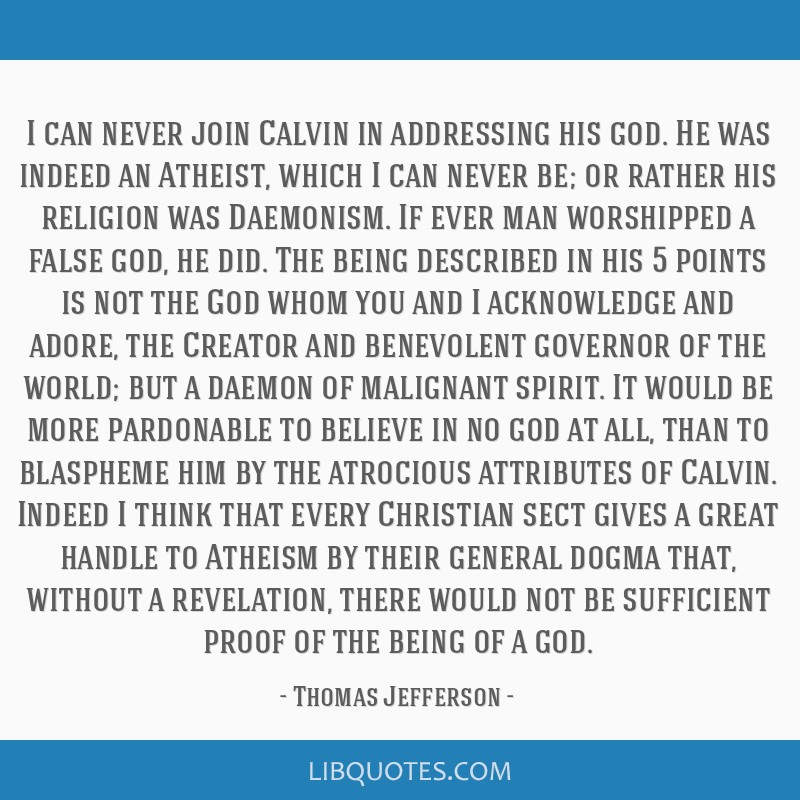 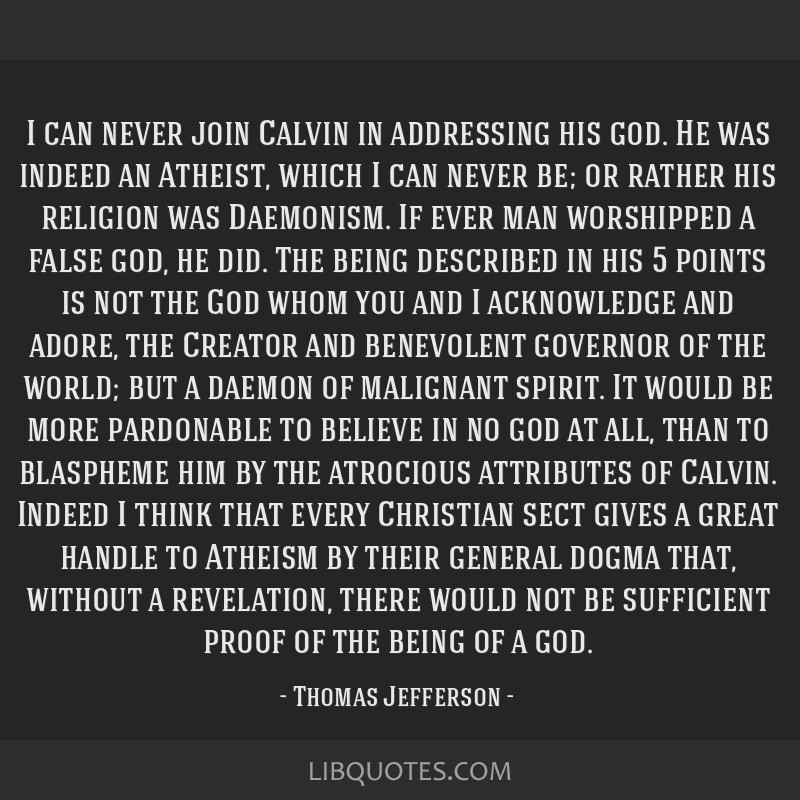