But inequality of representation in both Houses of our legislature, is not the only republican heresy in this first essay of our revolutionary patriots at forming a constitution. For let it be agreed that a government is republican in proportion as every member composing it has his equal voice in the direction of its concerns (not indeed in person, which would be impracticable beyond the limits of a city, or small township, but) by representatives chosen by himself, and responsible to him at short periods, and let us bring to the test of this canon every branch of our constitution. 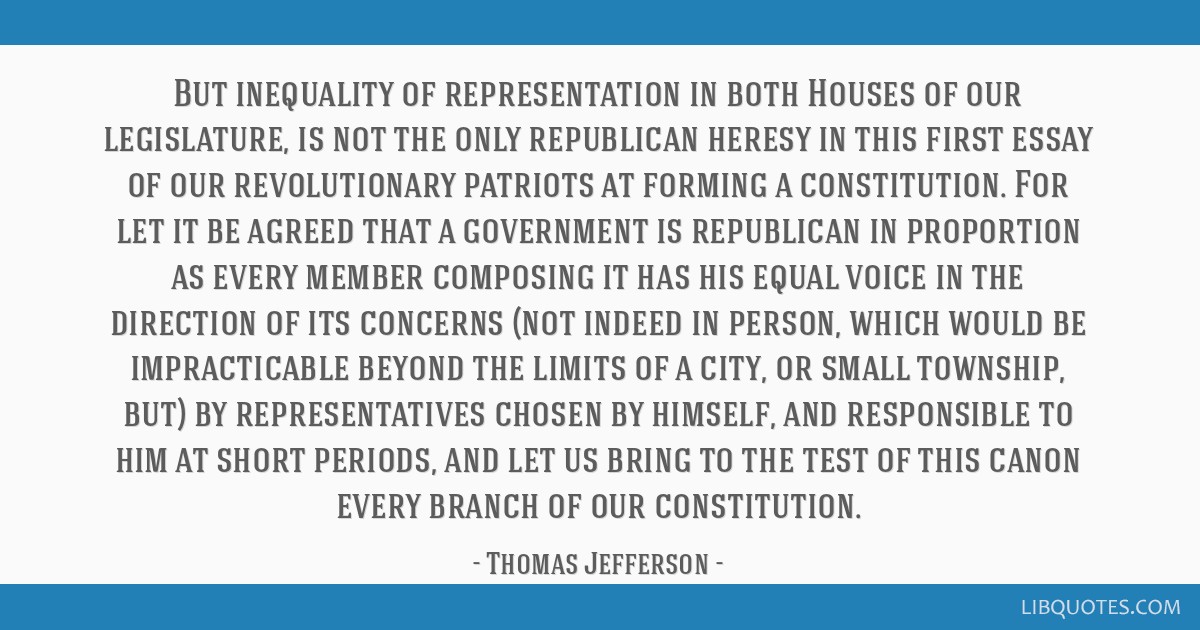 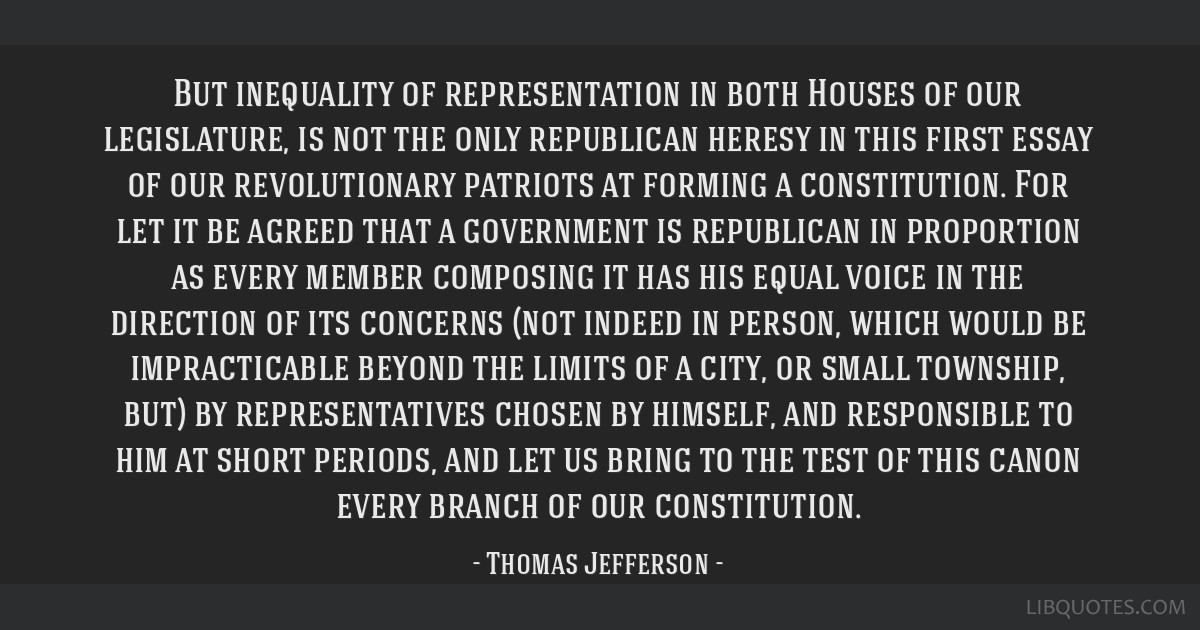 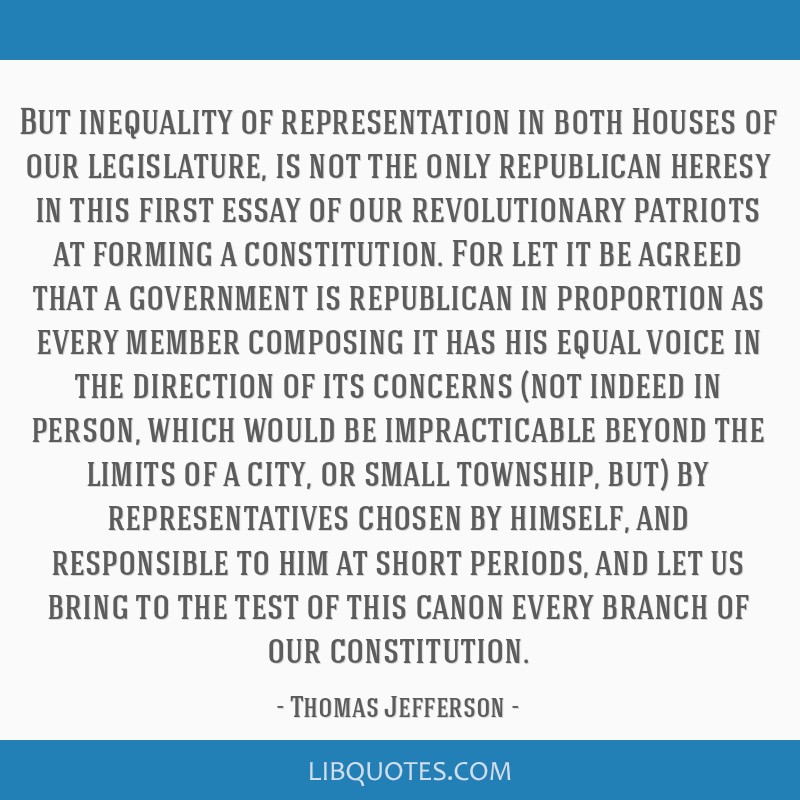 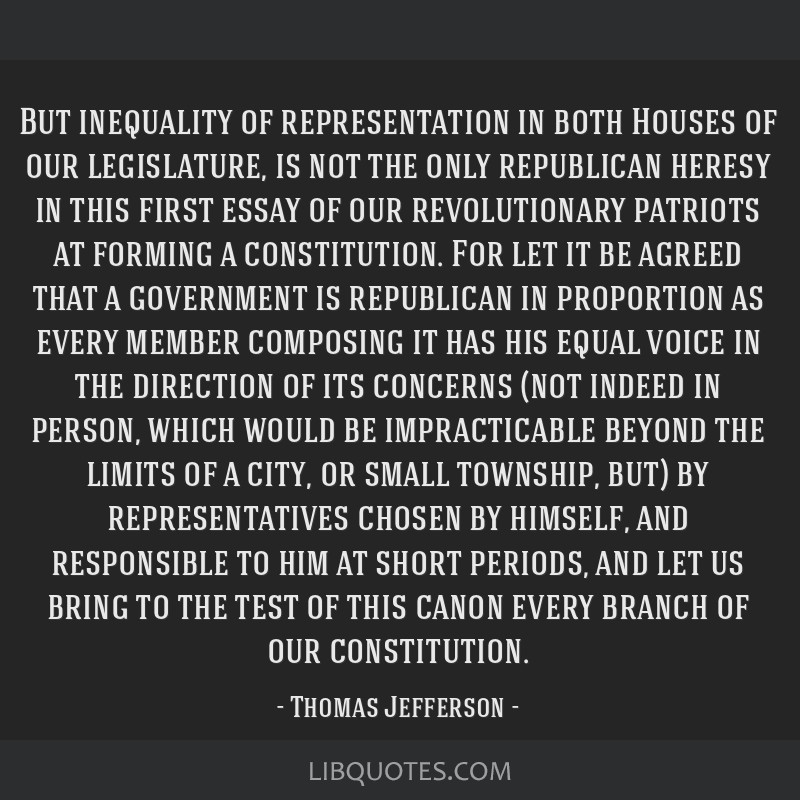