All eyes are opened, or opening, to the rights of man. The general spread of the light of science has already laid open to every view the palpable truth, that the mass of mankind has not been born with saddles on their backs, nor a favored few booted and spurred, ready to ride them legitimately, by the grace of God. These are grounds of hope for others. For ourselves, let the annual return of this day forever refresh our recollections of these rights, and an undiminished devotion to them.

Letter to Roger C. Weightman, declining to attend July 4th ceremonies in Washington D.C. celebrating the 50th anniversary of Independence, because of his health. This was Jefferson's last letter. (24 June 1826). 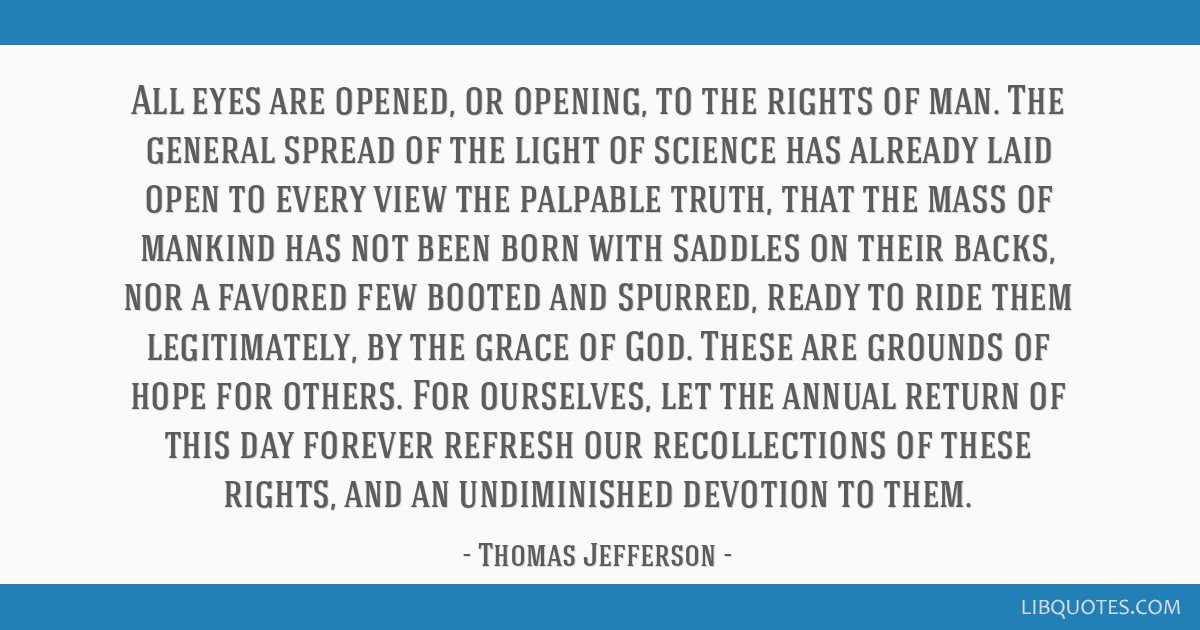 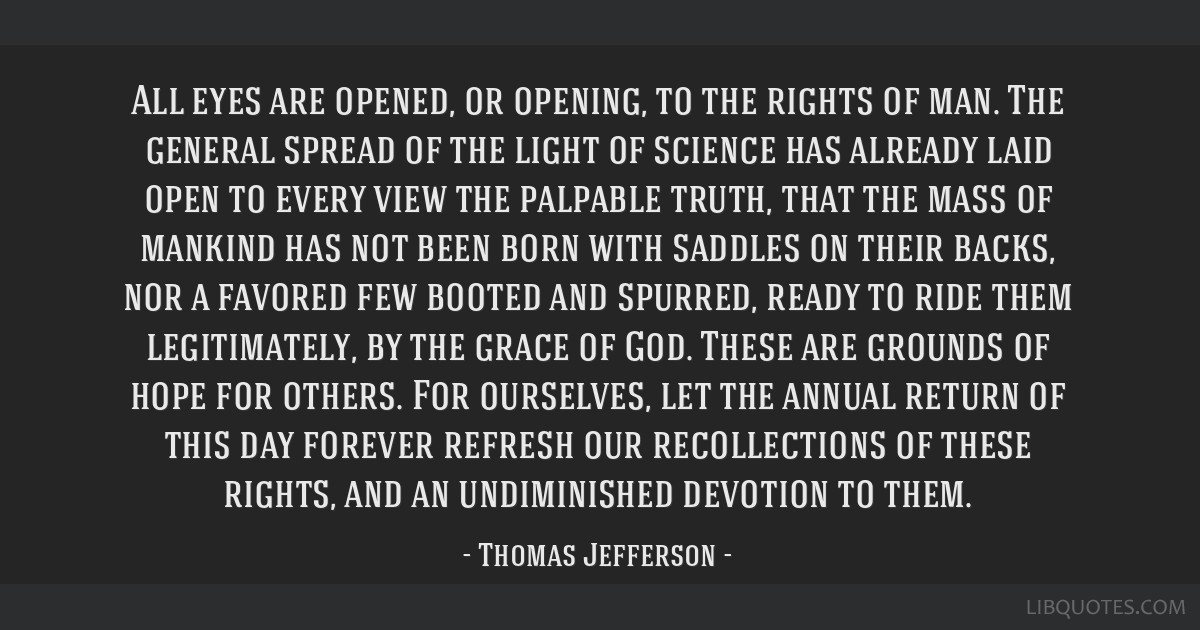 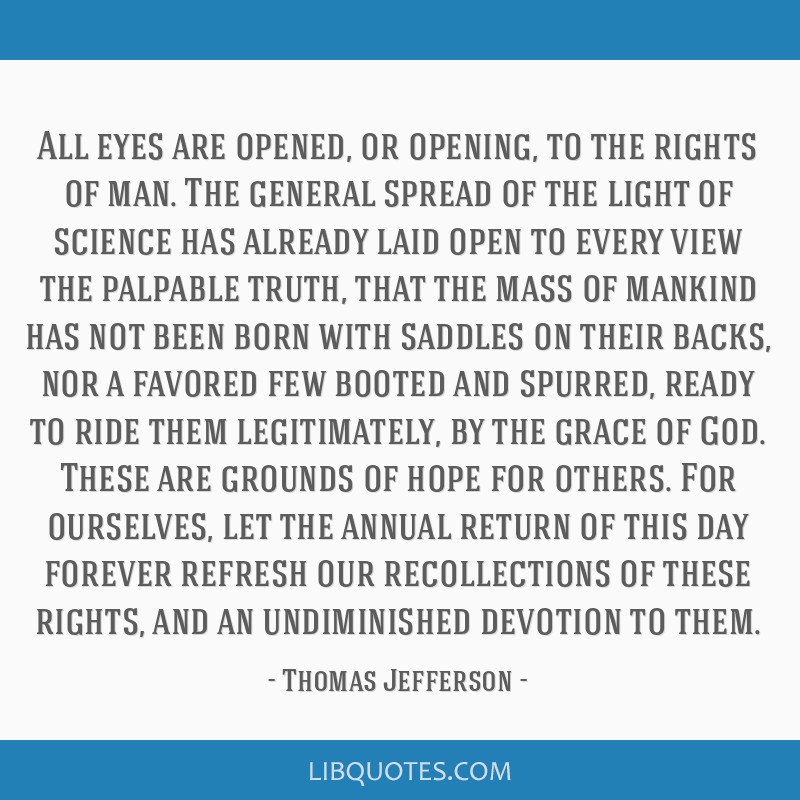 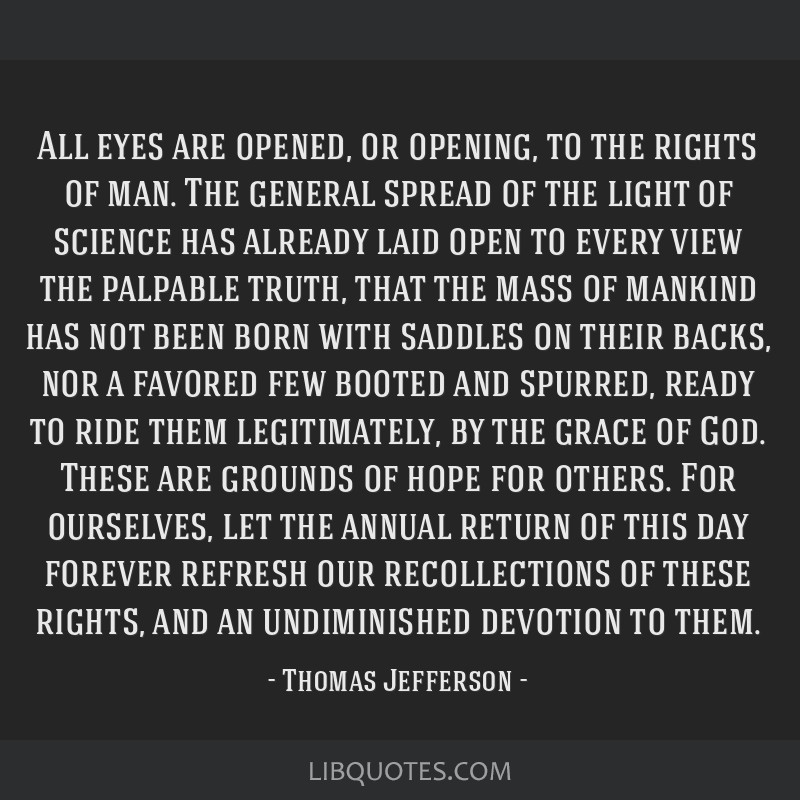