In America, no other distinction between man and man had ever been known but that of persons in office exercising powers by authority of the laws, and private individuals. Among these last, the poorest laborer stood on equal ground with the wealthiest millionaire, and generally on a more favored one whenever their rights seem to jar. 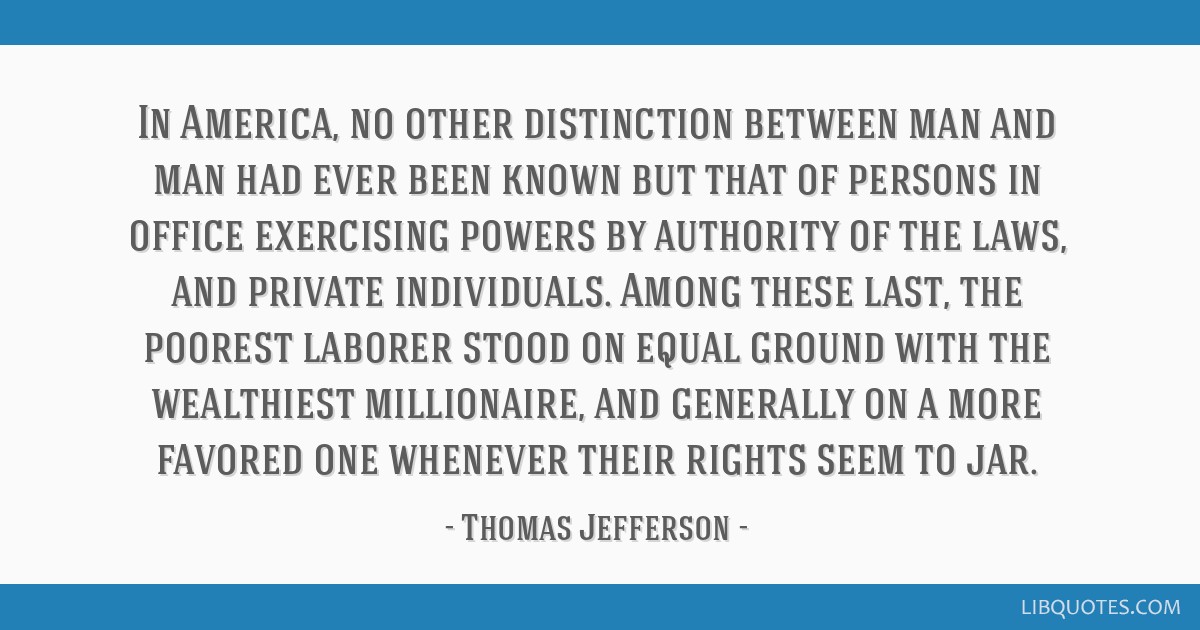 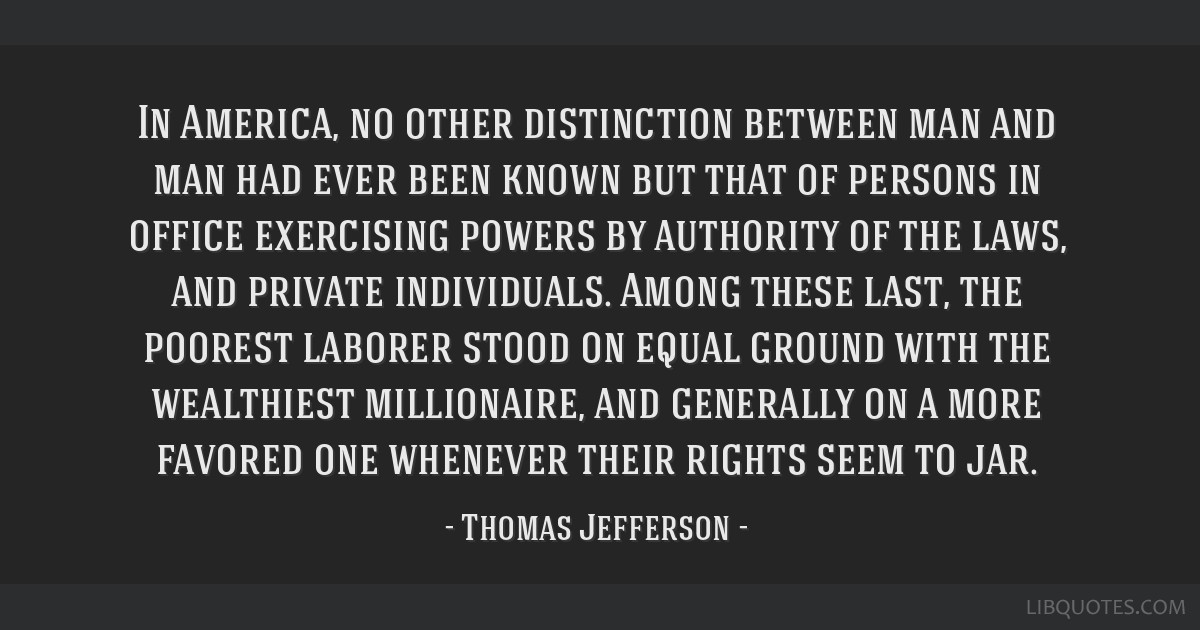 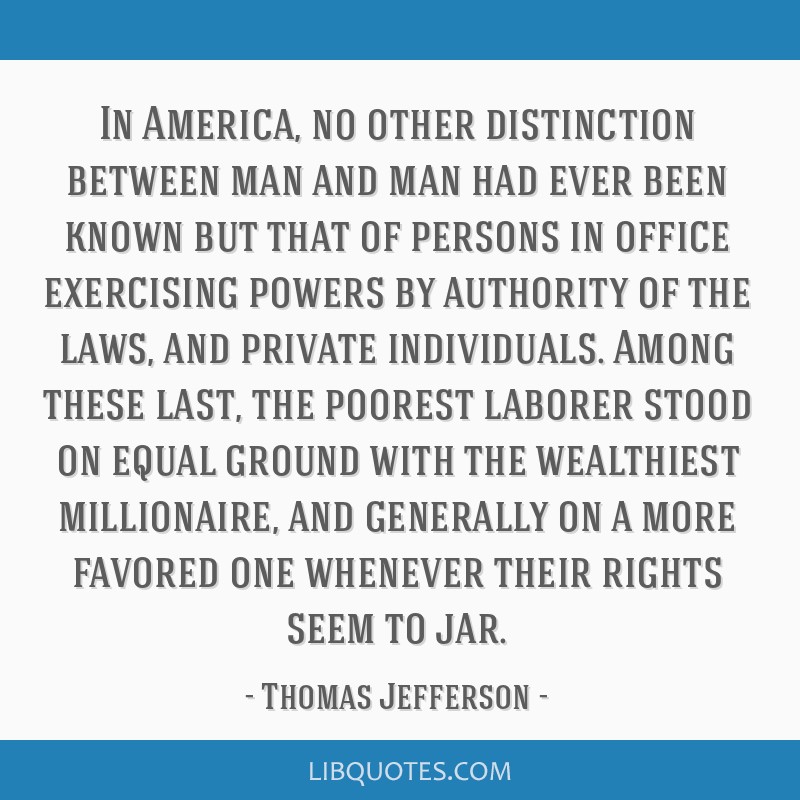 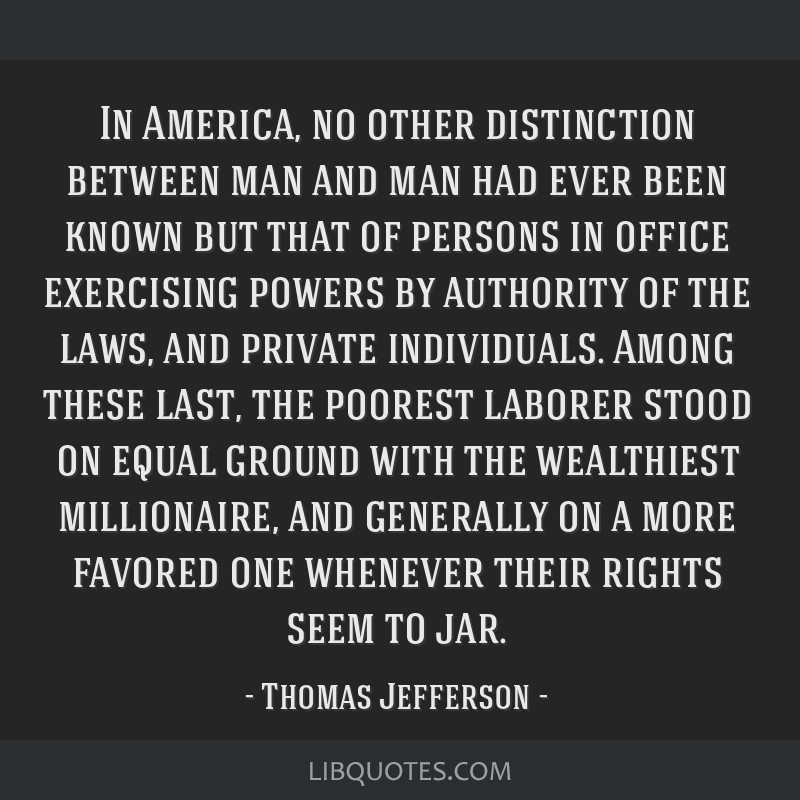