The spirit of resistance to government is so valuable on certain occasions, that I wish it to be always kept alive. It will often be exercised when wrong, but better so than not to be exercised at all. I like a little rebellion now and then. It is like a storm in the atmosphere.

Letter to Abigail Smith Adams from Paris while a Minister to France (22 February 1787), referring to Shay's Rebellion. "Jefferson's Service to the New Nation," Library of Congress [image] - Earlier drafts 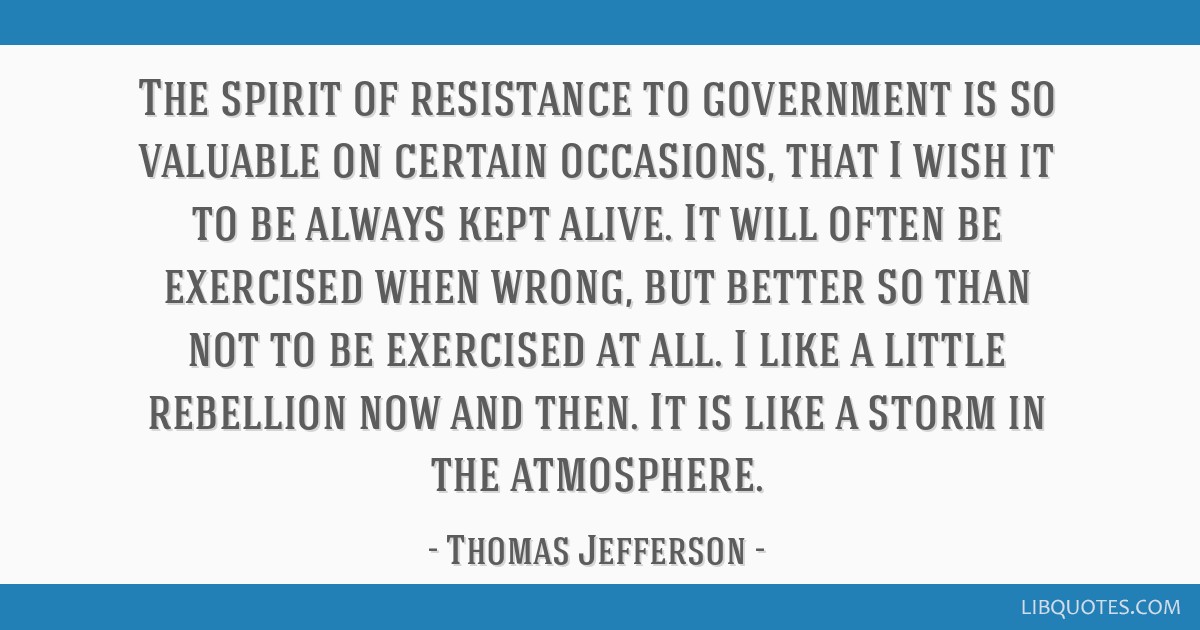 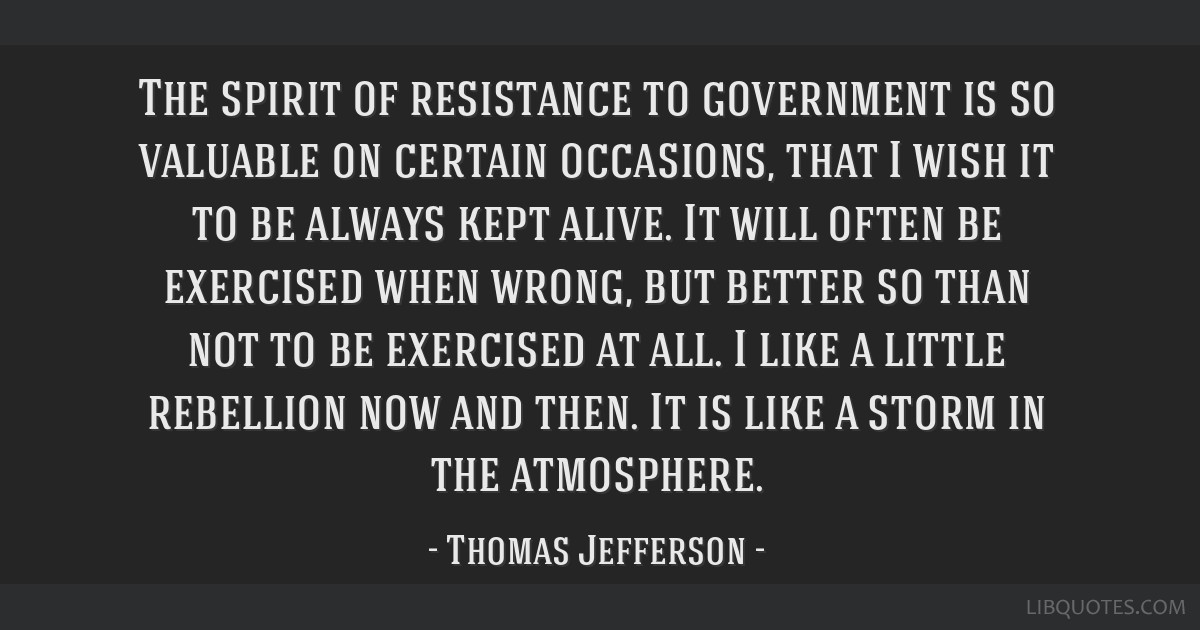 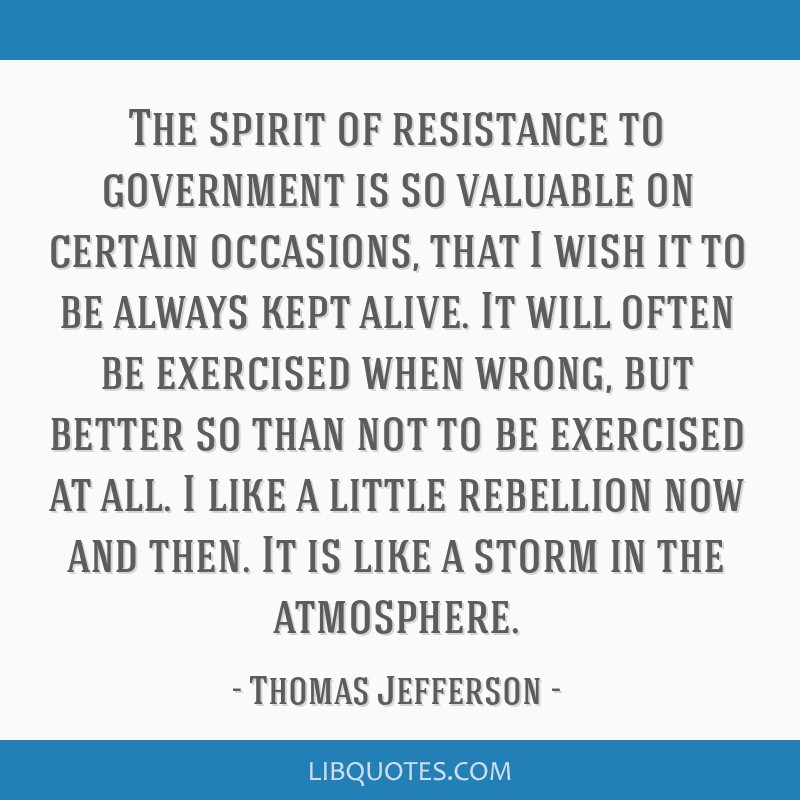 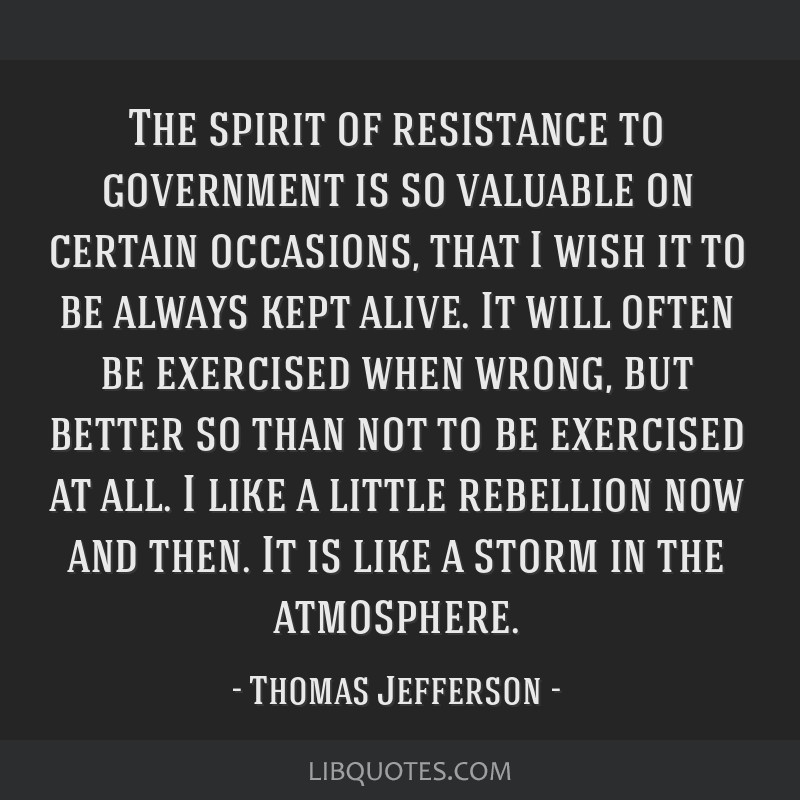