Believing with you that religion is a matter which lies solely between man and his God, that he owes account to none other for his faith or his worship, that the legislative powers of government reach actions only, and not opinions, I contemplate with sovereign reverence that act of the whole American people which declared that their legislature should "make no law respecting an establishment of religion, or prohibiting the free exercise thereof," thus building a wall of separation between church and State.

Letter to Danbury Baptist Association, CT. (1 January 1802) This statement is the origin of the often used phrase "separation of Church and State". - First Presidential Administration (1801-1805) 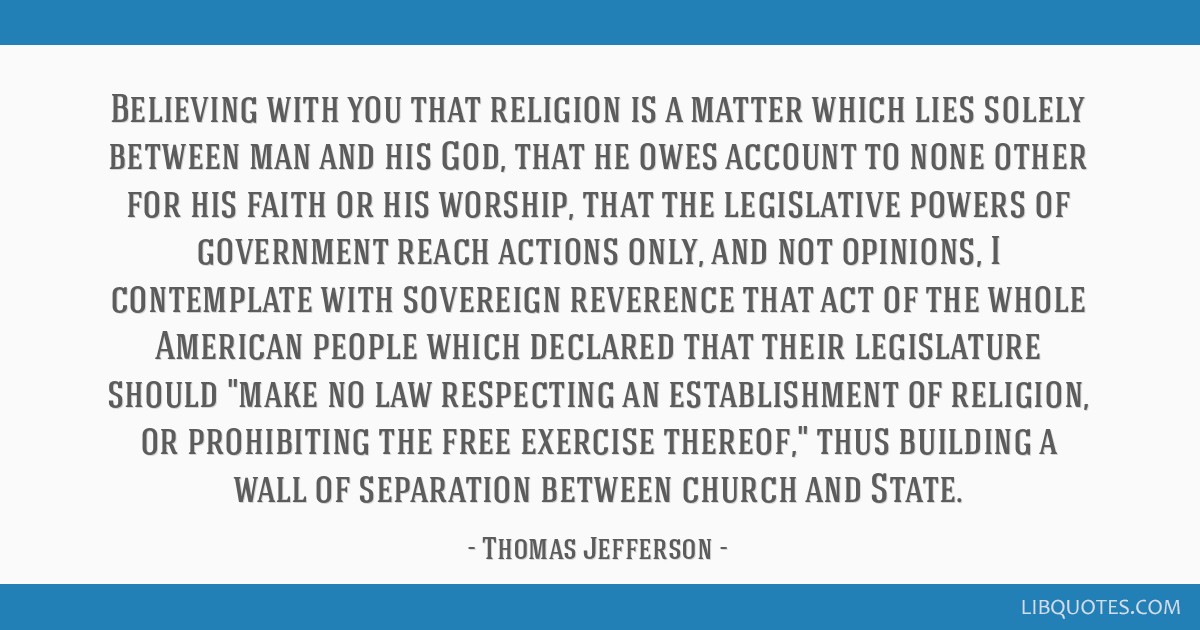 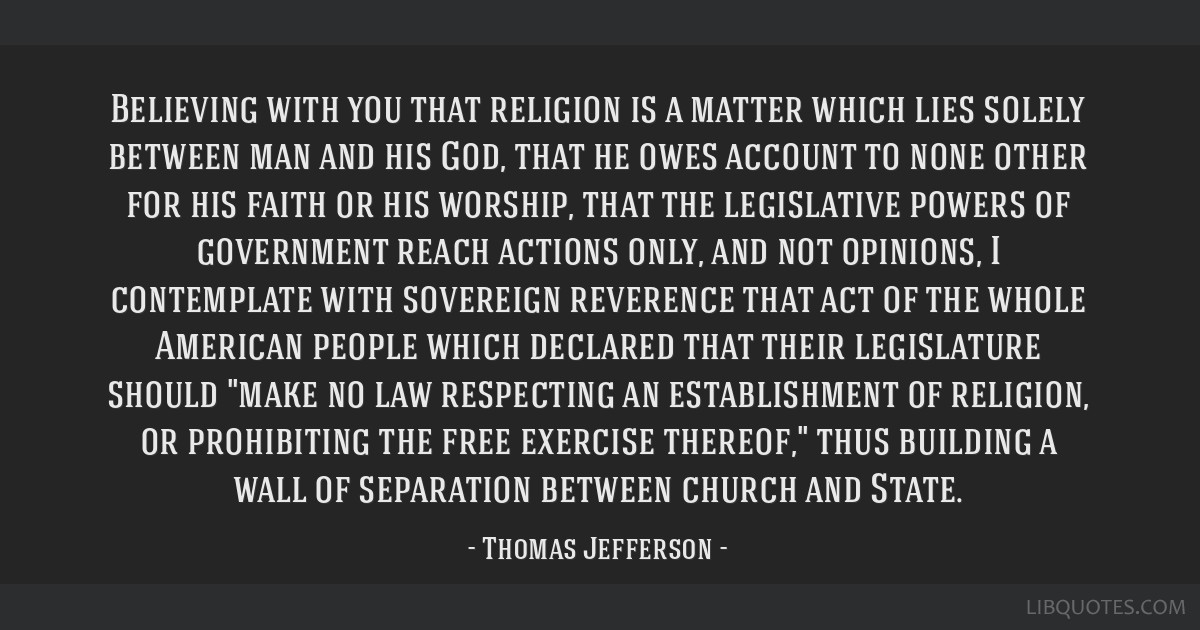 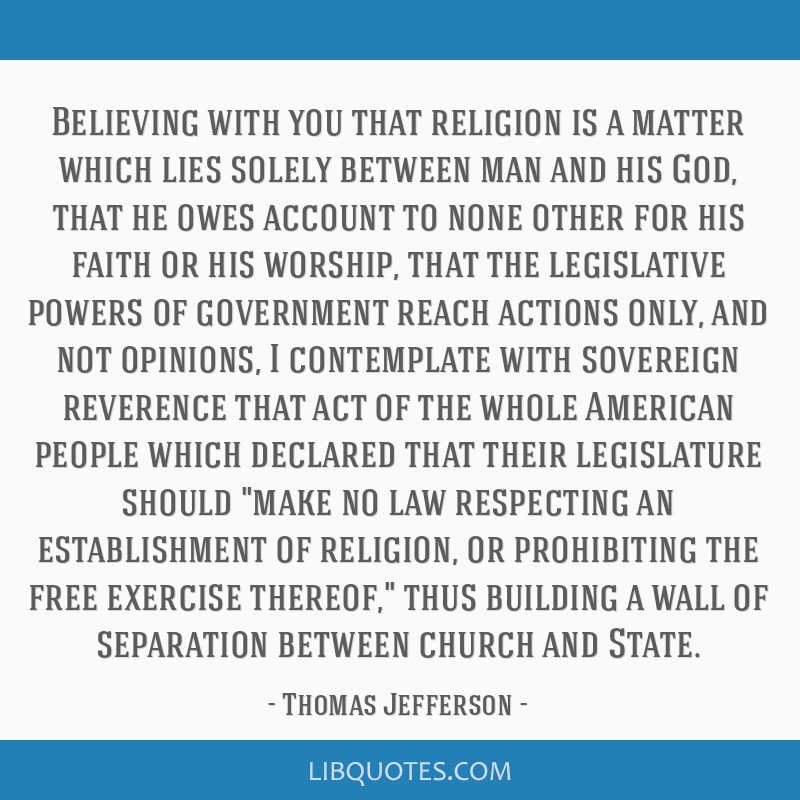 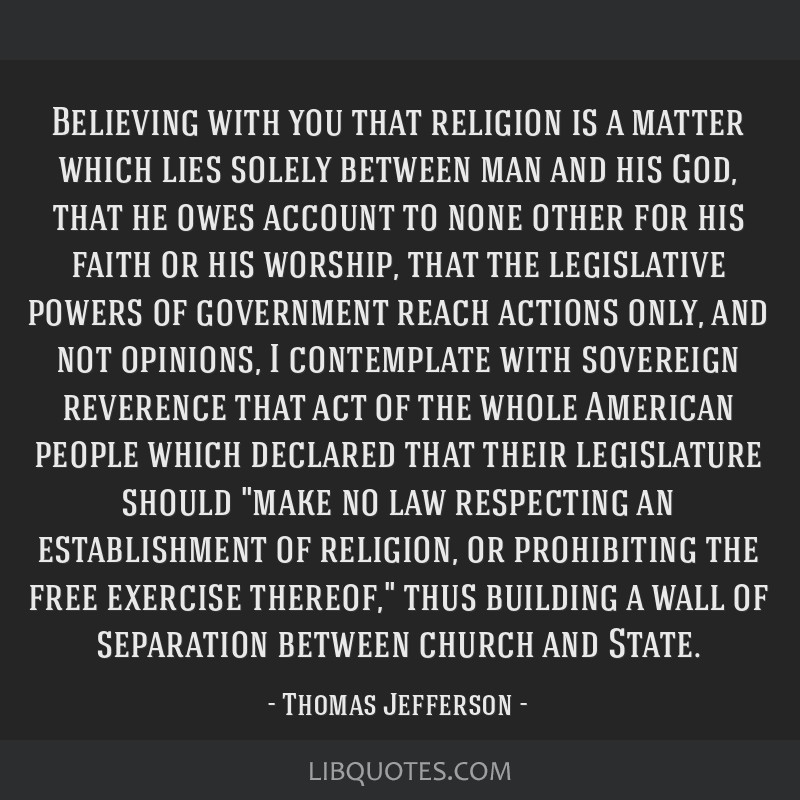