The Constitution has made no provision for our holding foreign territory, still less for incorporating foreign nations into our Union. The Executive, in seizing the fugitive occurrence which so much advances the good of their country, have done an act beyond the Constitution. The Legislature, in casting behind them metaphysical subtleties and risking themselves like faithful servants, must ratify and pay for it, and throw themselves on their country for doing for them unauthorized what we know they would have done for themselves had they been in a situation to do it. 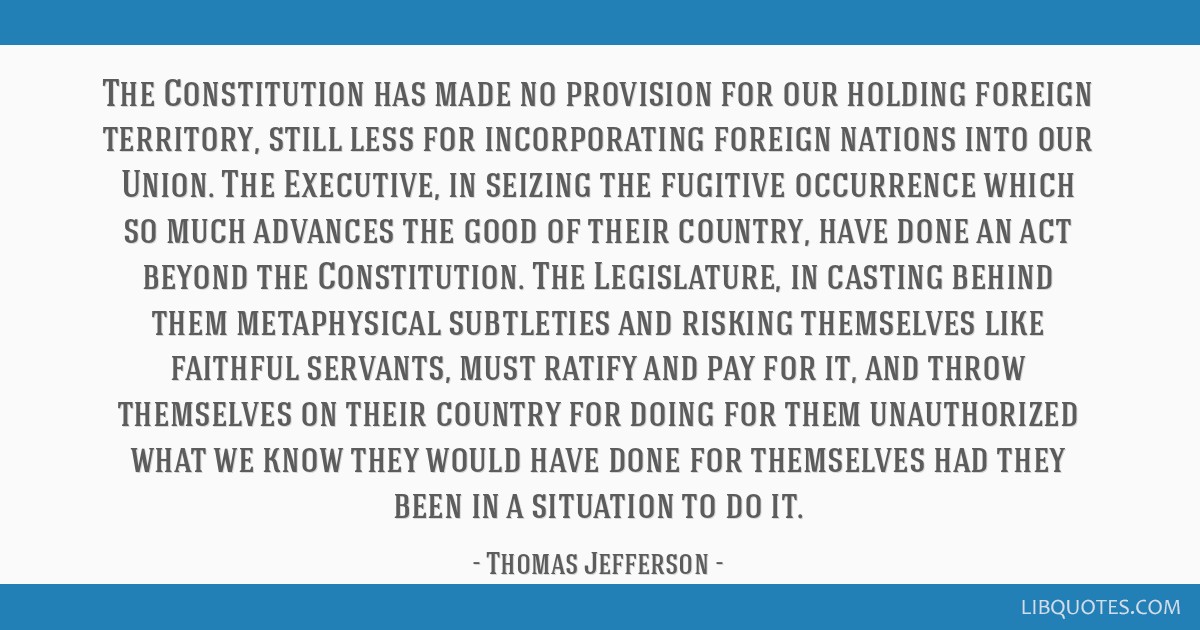 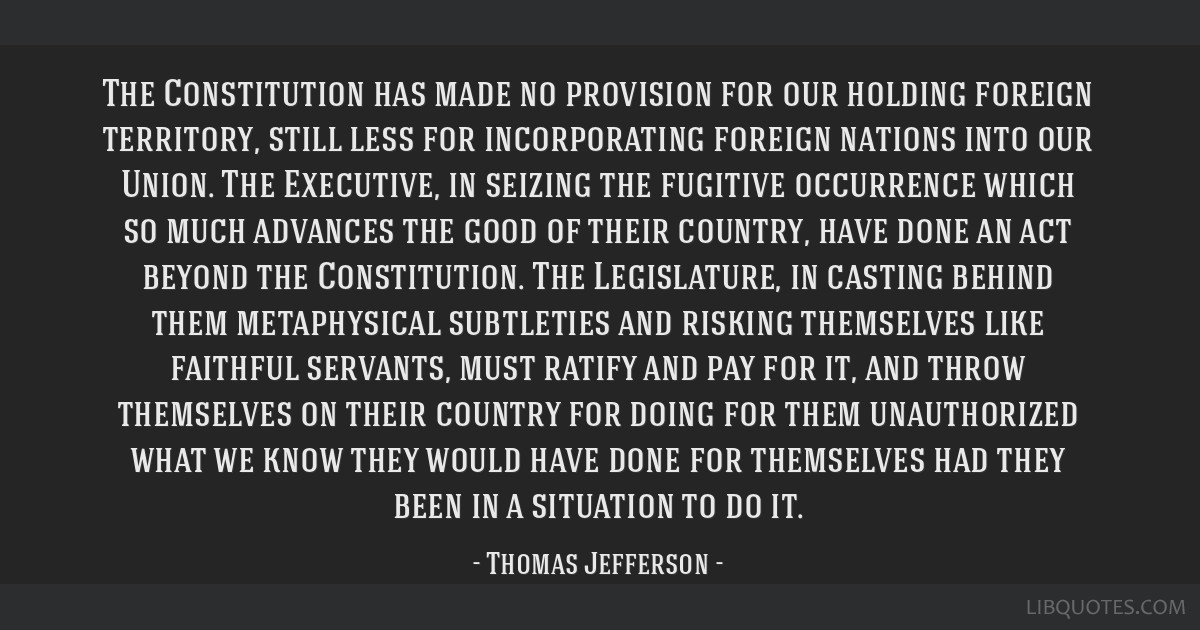 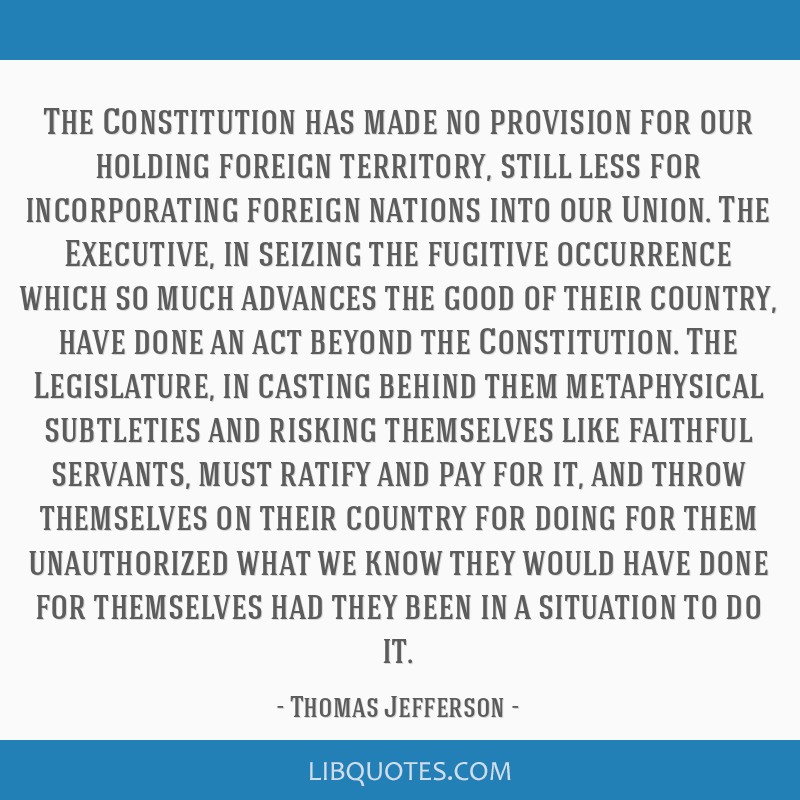 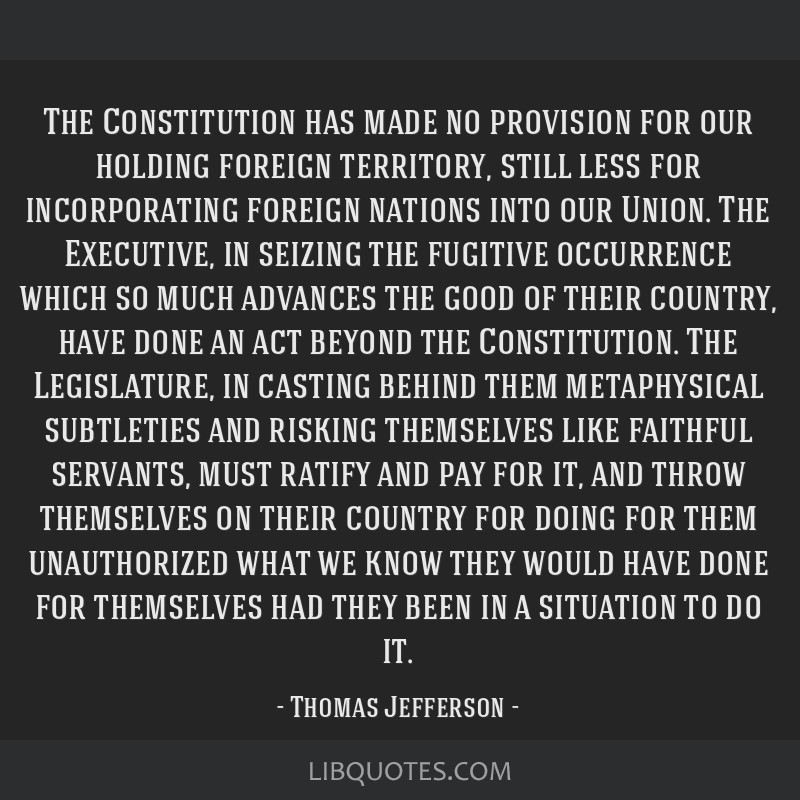