I had for a long time ceased to read newspapers, or pay any attention to public affairs, confident they were in good hands, and content to be a passenger in our bark to the shore from which I am not distant. But this momentous question, like a firebell in the night, awakened and filled me with terror. I considered it at once as the knell of the Union. I regret that I am now to die in the belief that the useless sacrifice of themselves by the generation of 1776 to acquire self-government and happiness to their country is to be thrown away, and my only consolation is to be that I live not to weep over it. 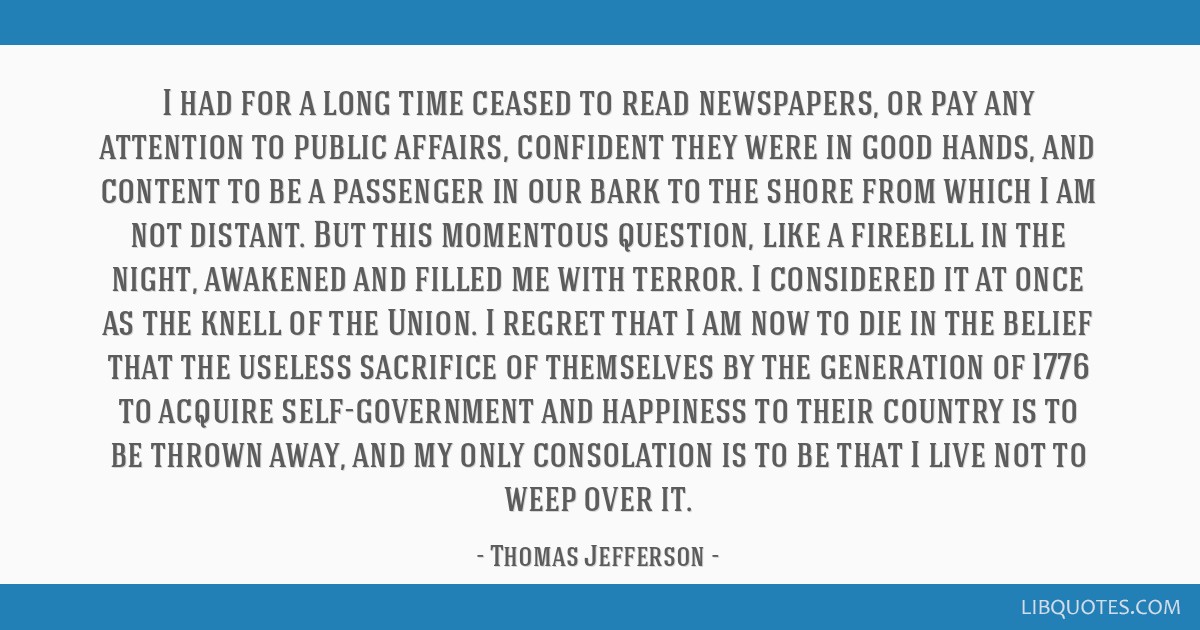 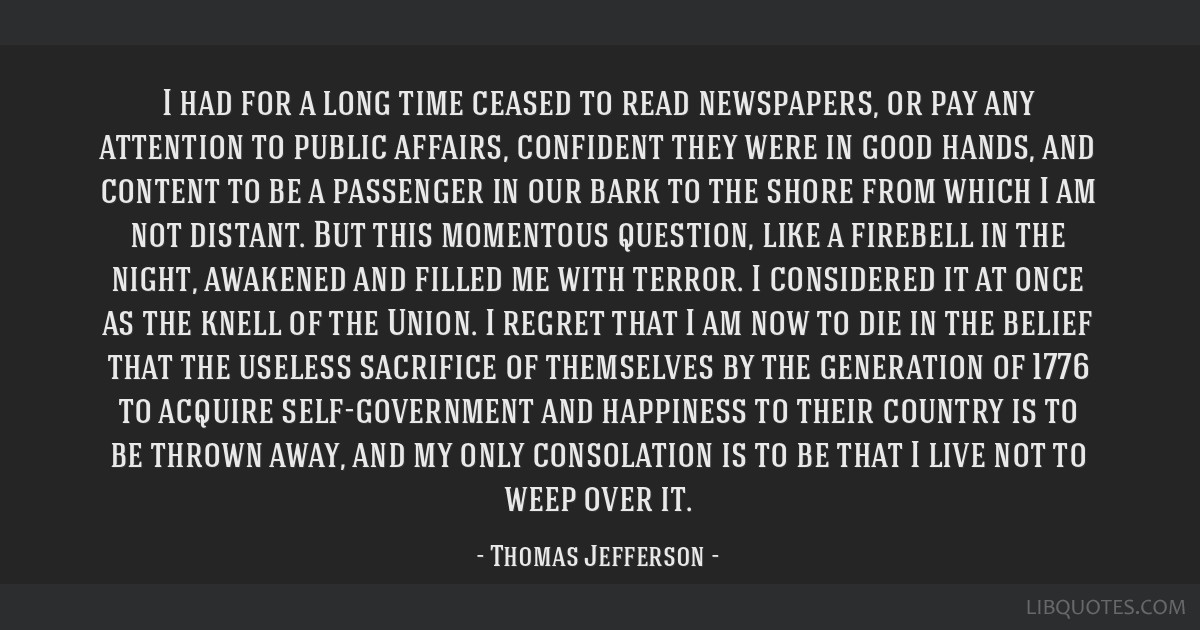 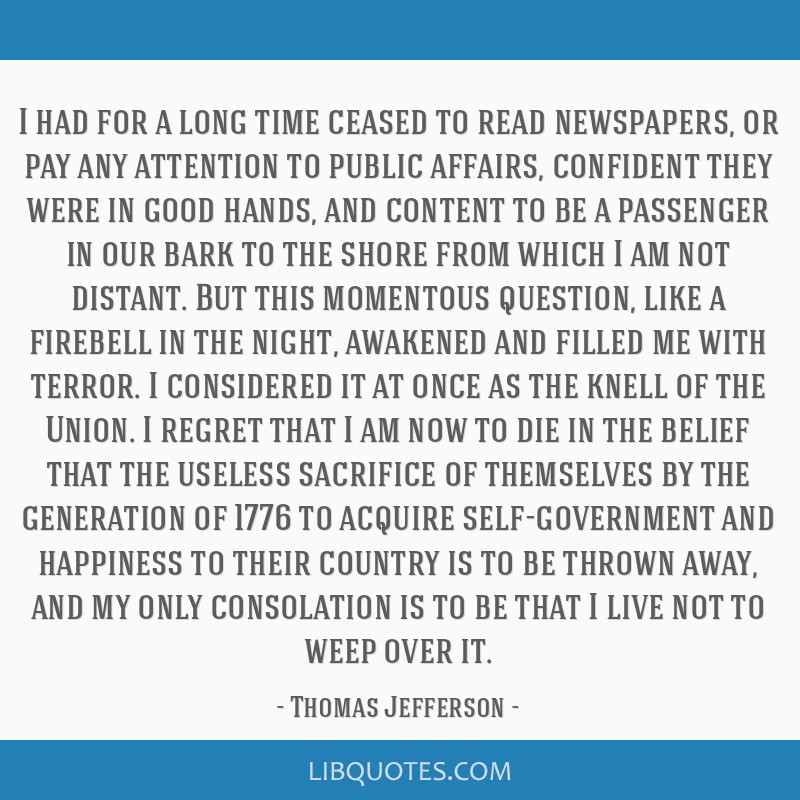 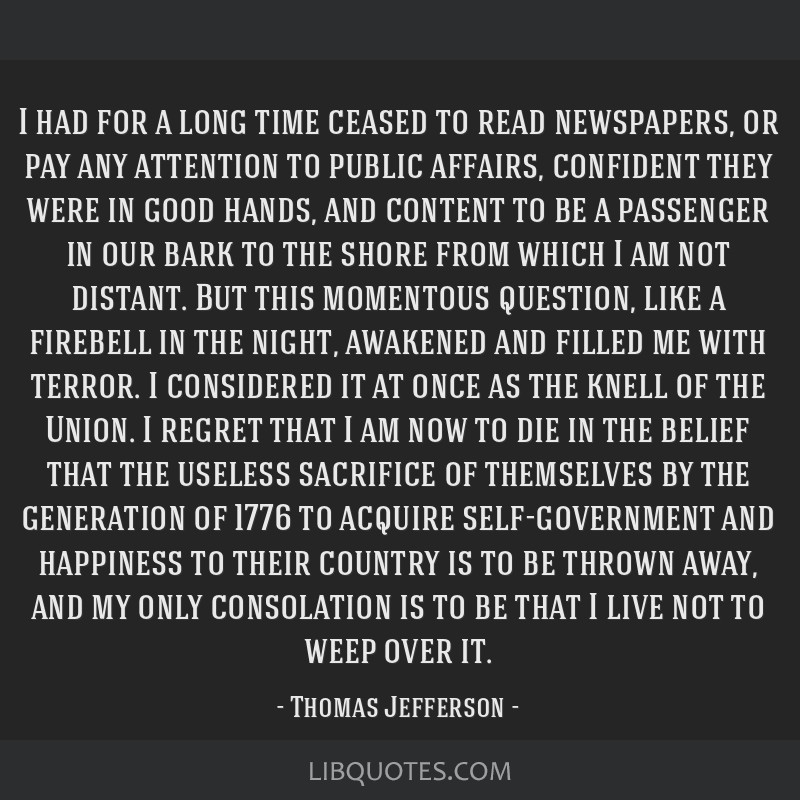 The most important things are the hardest to say, because words diminish them.
Stephen King