In matters of religion, I have considered that its free exercise is placed by the Constitution independent of the powers of the general government. I have therefore undertaken on no occasion to prescribe the religious exercises suited to it; but have left them as the Constitution found them, under the direction and discipline of State or Church authorities acknowledged by the several religious societies. 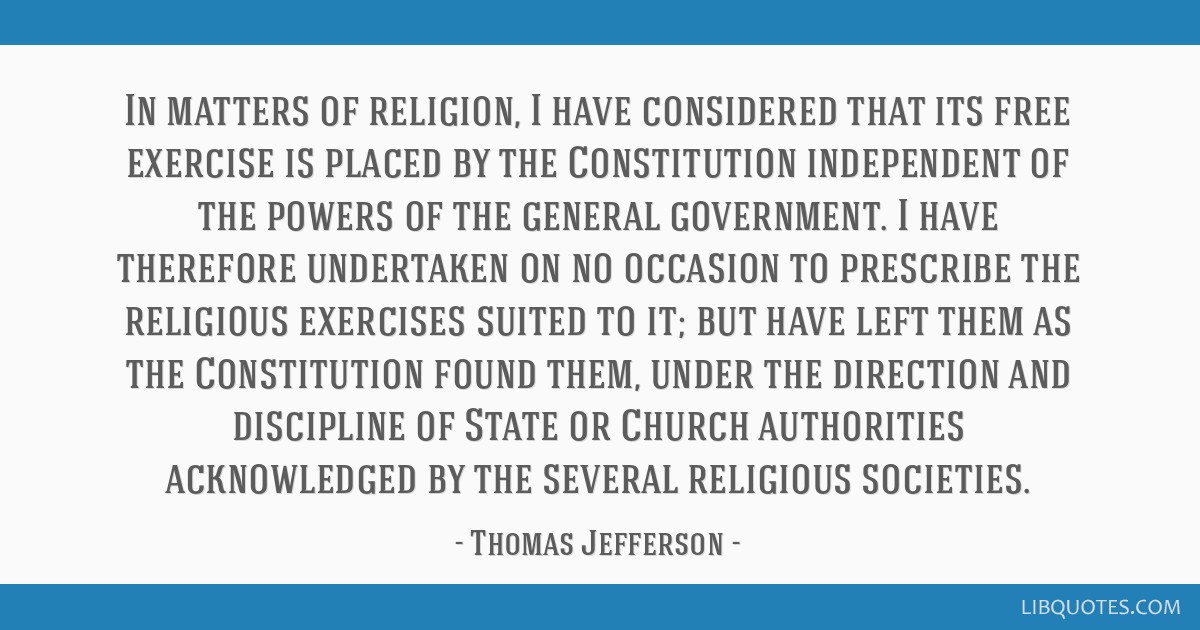 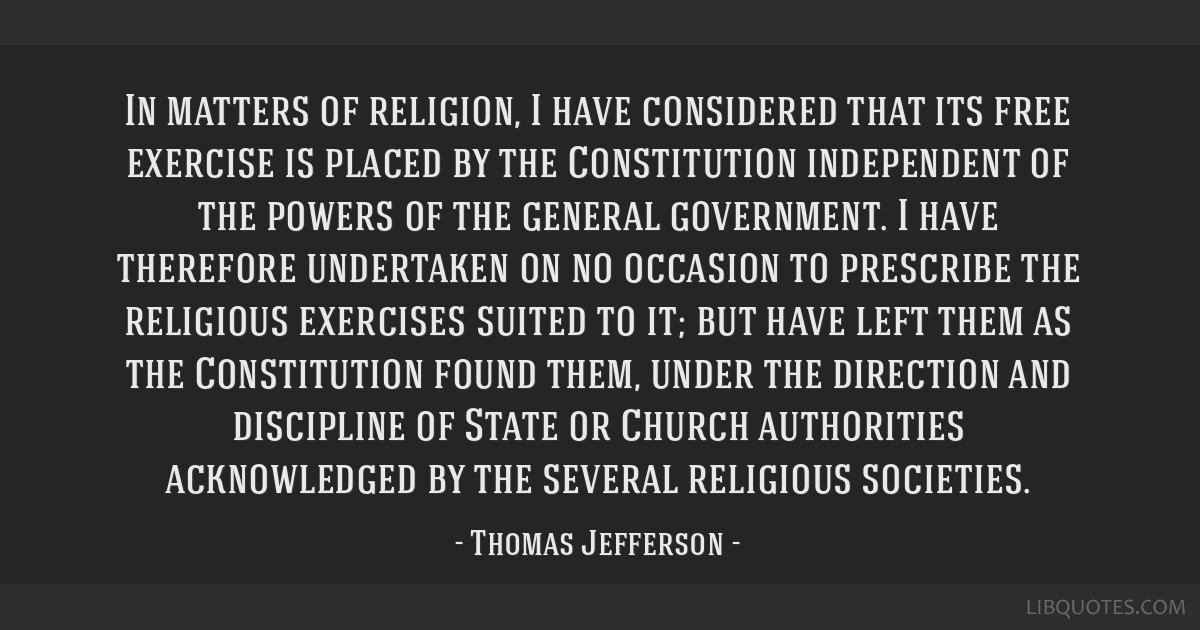 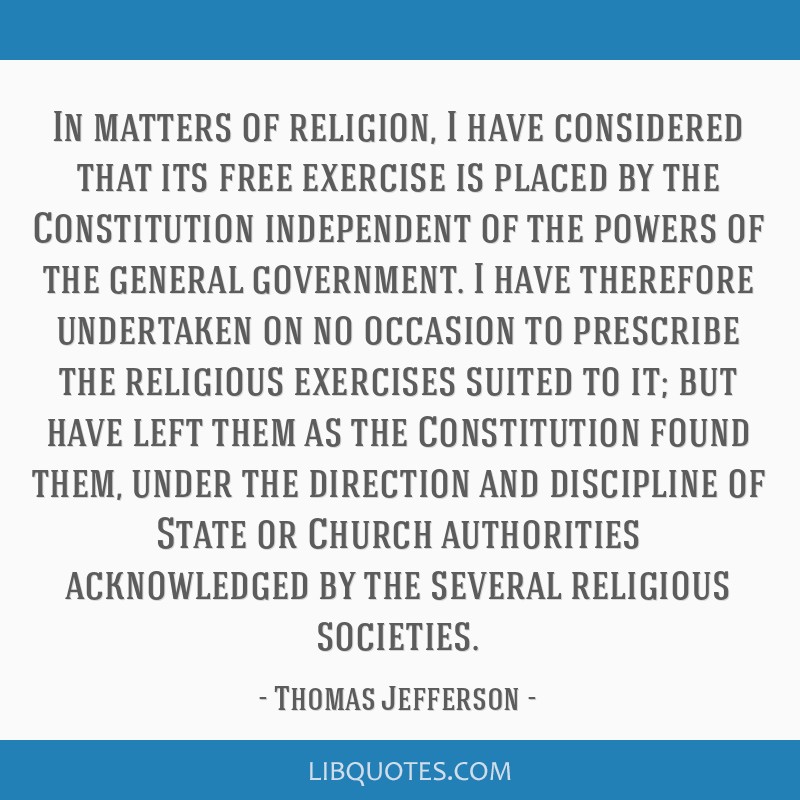 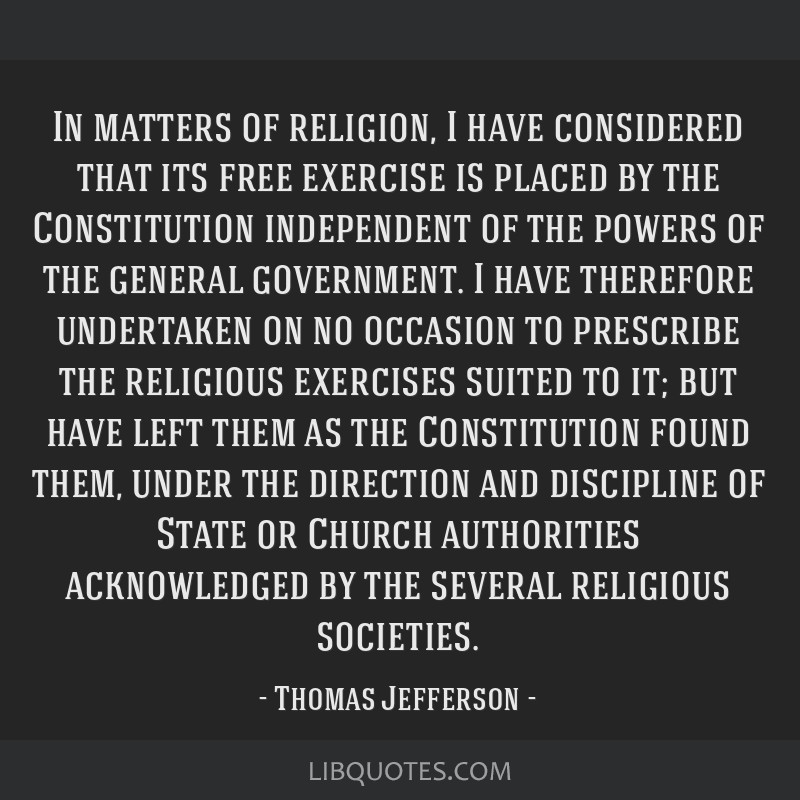