I congratulate you, fellow citizens, on the approach of the period at which you may interpose your authority constitutionally to withdraw the citizens of the United States from all further participation in those violations of human rights which have been so long continued on the un-offending inhabitants of Africa, and which the morality, the reputation, and the best of our country have long been eager to proscribe. Although no law you may pass can take prohibitory effect until the first day of the year 1808, yet the intervening period is not too long to prevent by timely notice expeditions which can not be completed before that day. 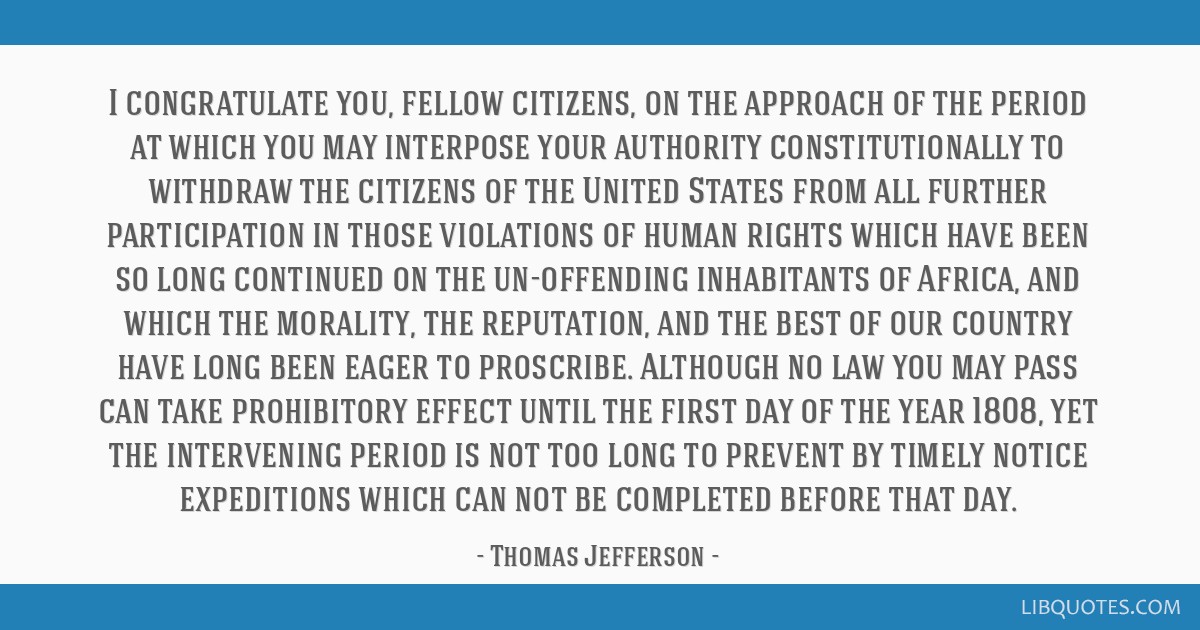 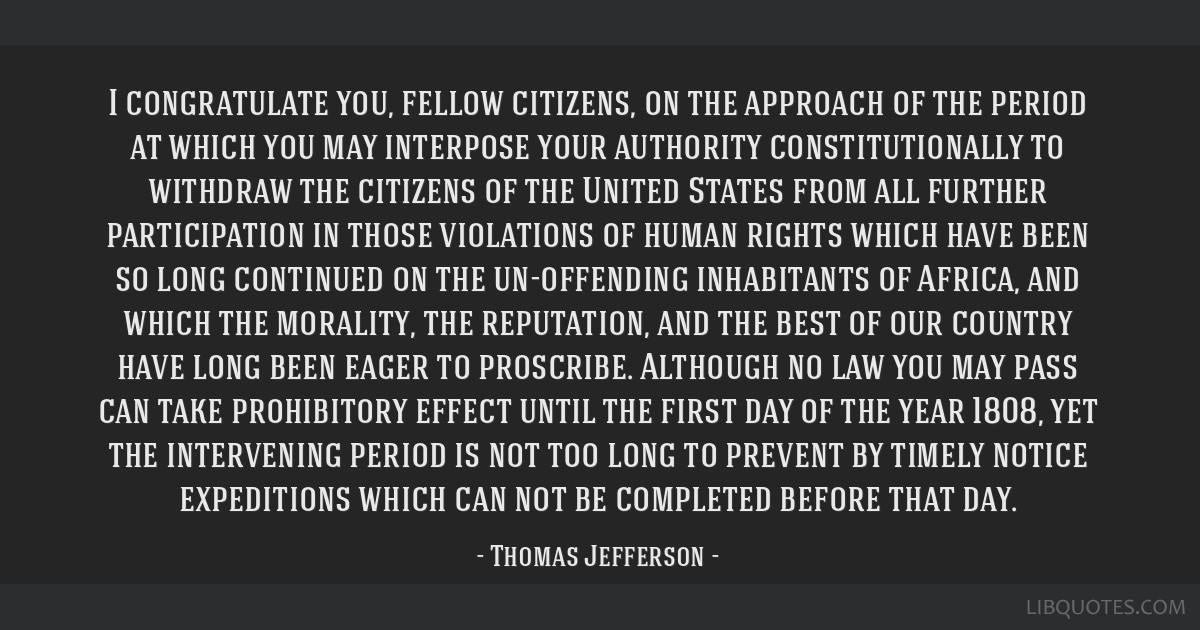 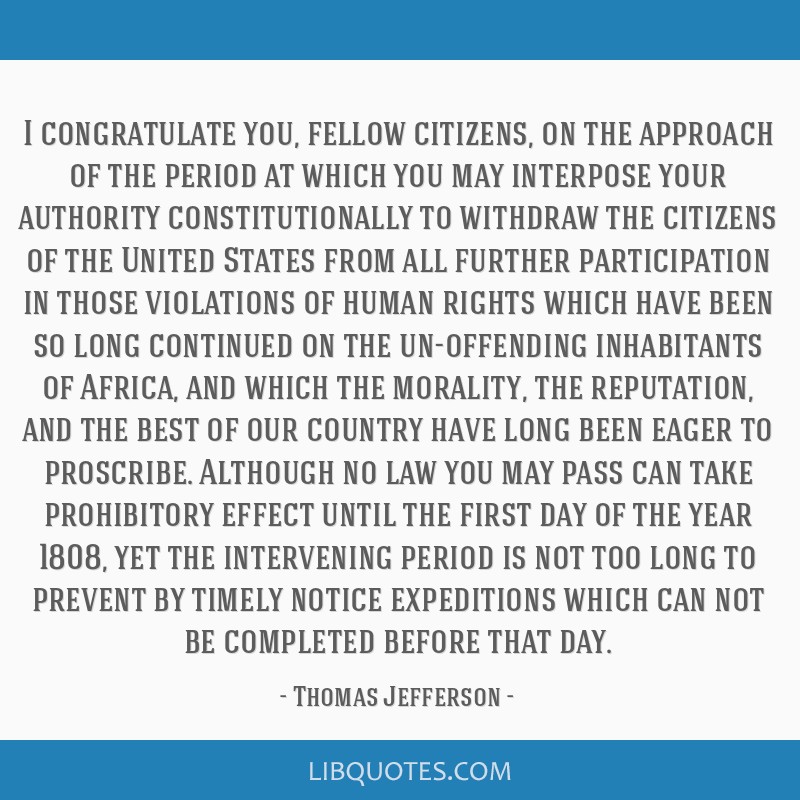 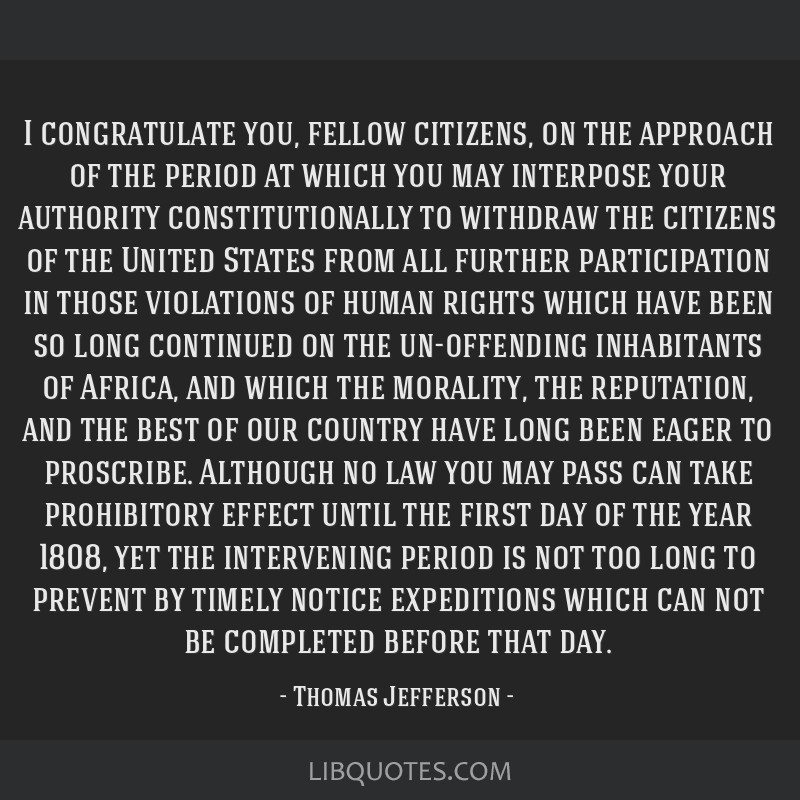