In the middle ages of Christianity opposition to the State opinions was hushed. The consequence was, Christianity became loaded with all the Romish follies. Nothing but free argument, raillery & even ridicule will preserve the purity of religion. 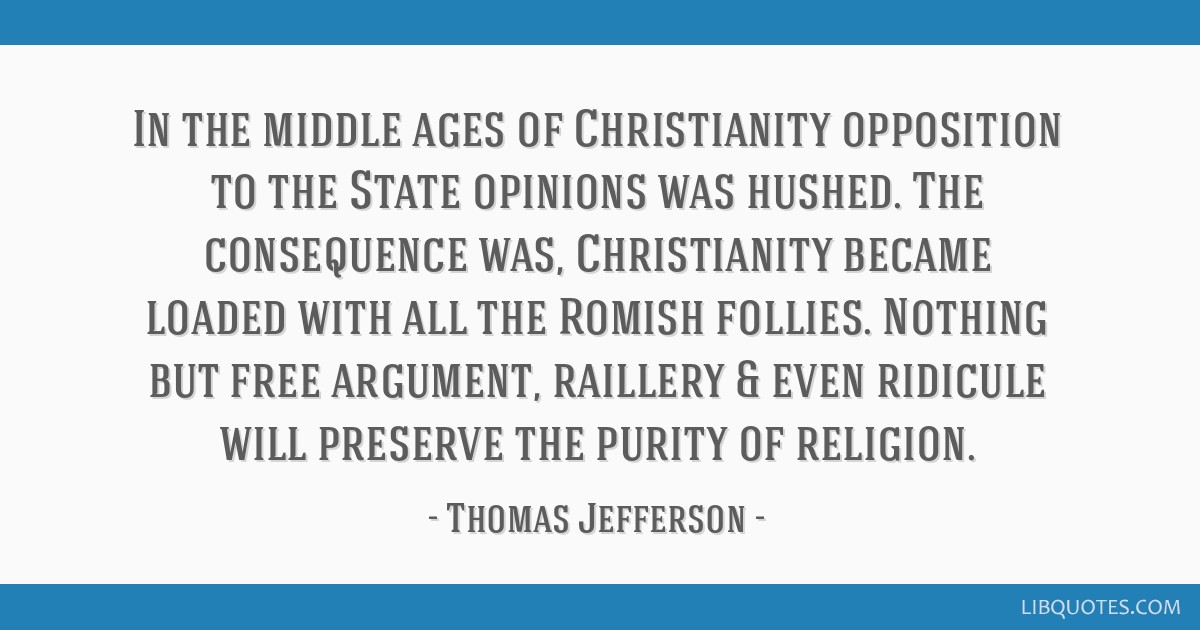 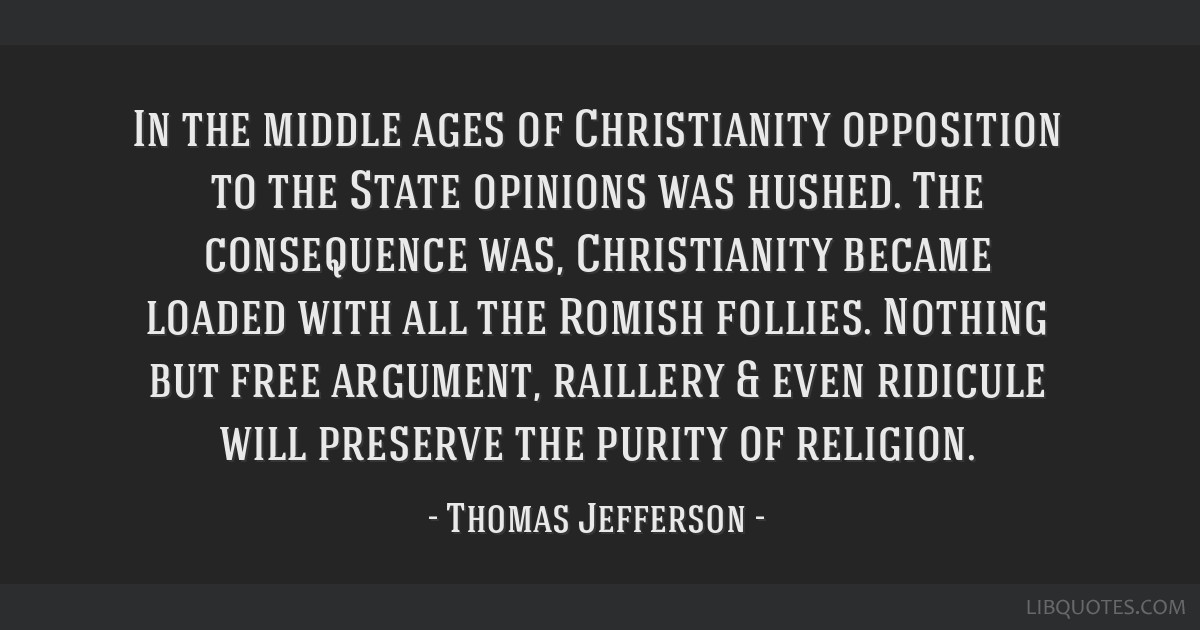 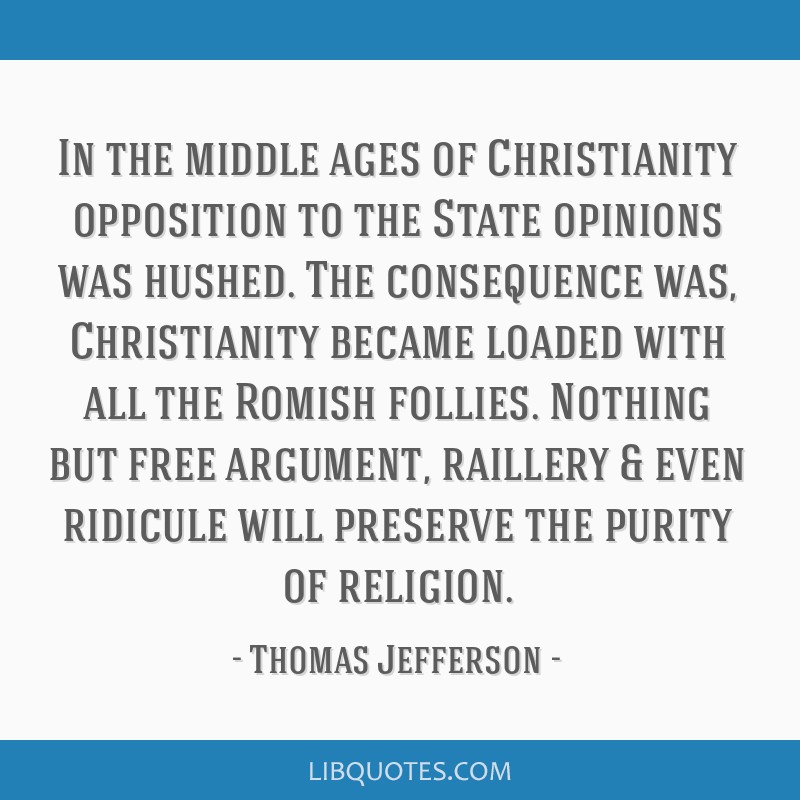 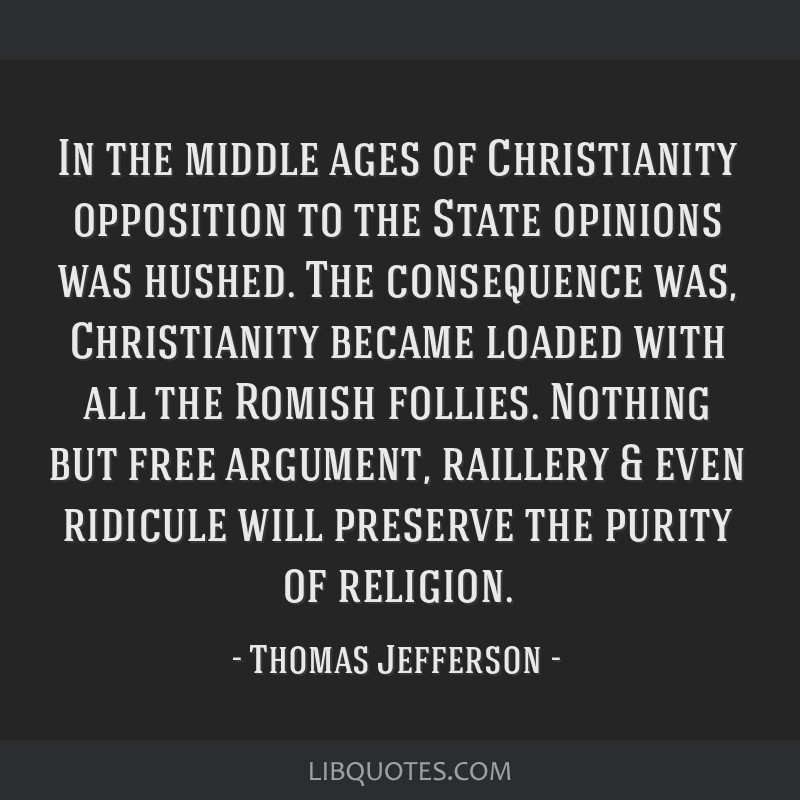