The inhabitants of the ceded territory shall be incorporated in the Union of the United States, and admitted as soon as possible, according to the principles of the Federal constitution, to the enjoyment of all the rights, advantages, and immunities, of citizens of the United States; and, in the mean time, they shall be maintained and protected in the free enjoyment of their liberty, property, and the religion which they profess. 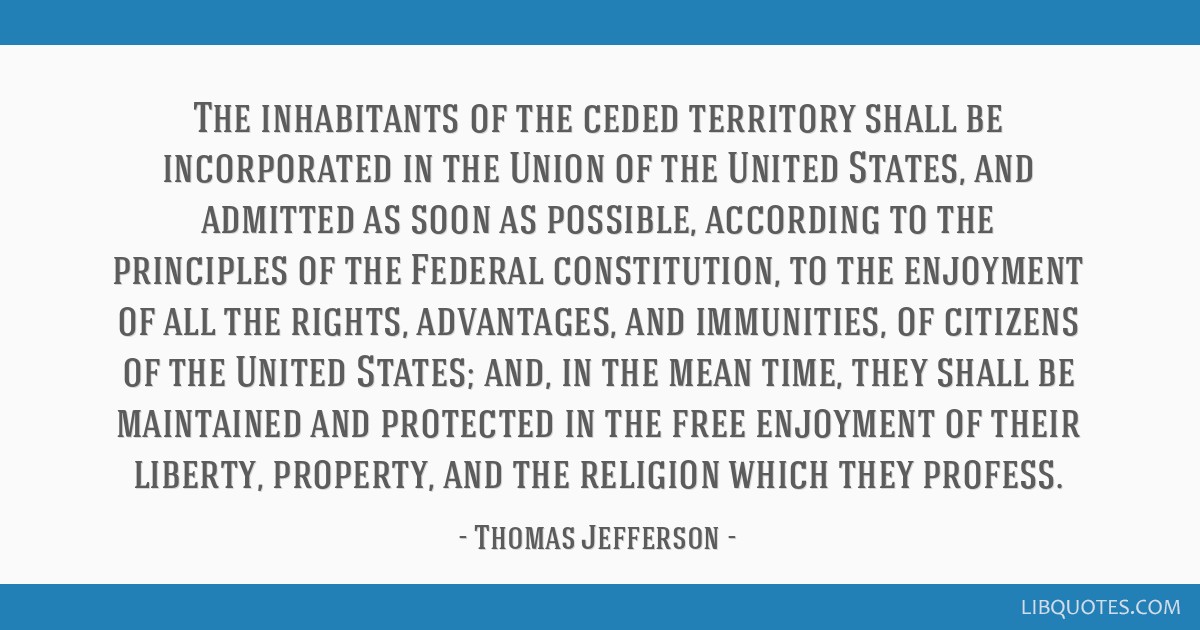 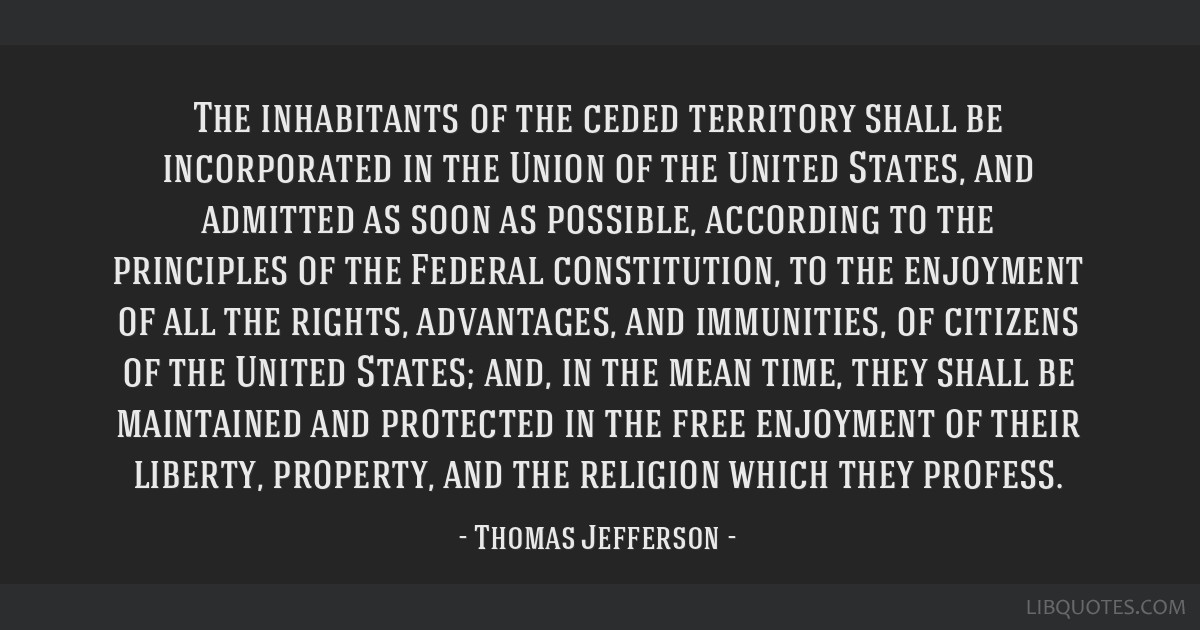 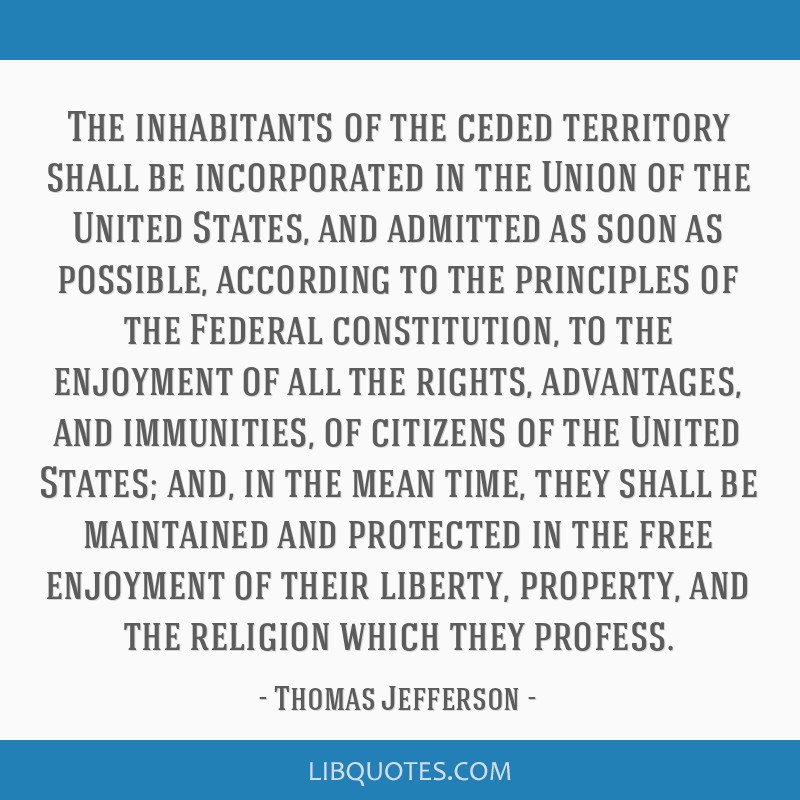 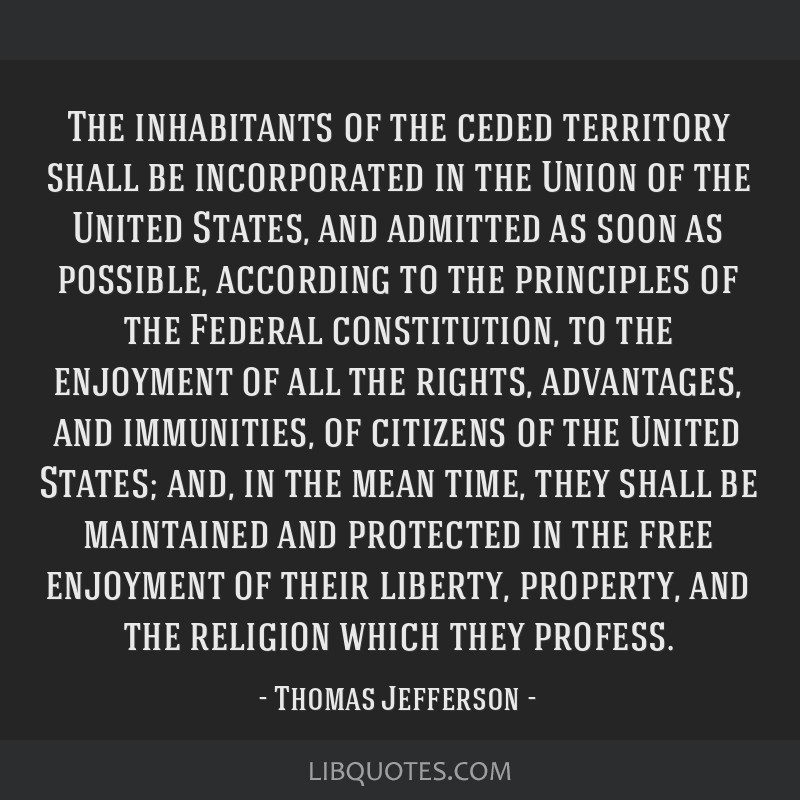