The dead? But the dead have no rights. They are nothing; and nothing cannot own something. Where there is no substance, there can be no accident. This corporeal globe, and everything upon it, belong to its present corporeal inhabitants, during their generation. They alone have a right to direct what is the concern of themselves alone, and to declare the law of that direction; and this declaration can only be made by their majority. That majority, then, has a right to depute representatives to a convention, and to make the constitution what they think will be the best for themselves. 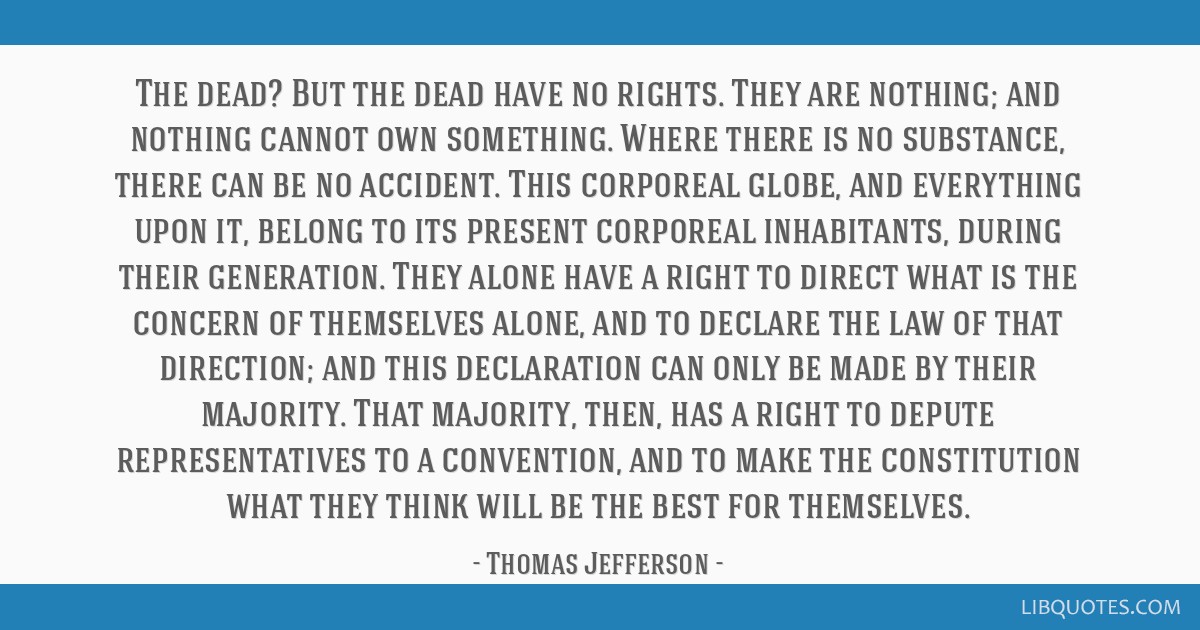 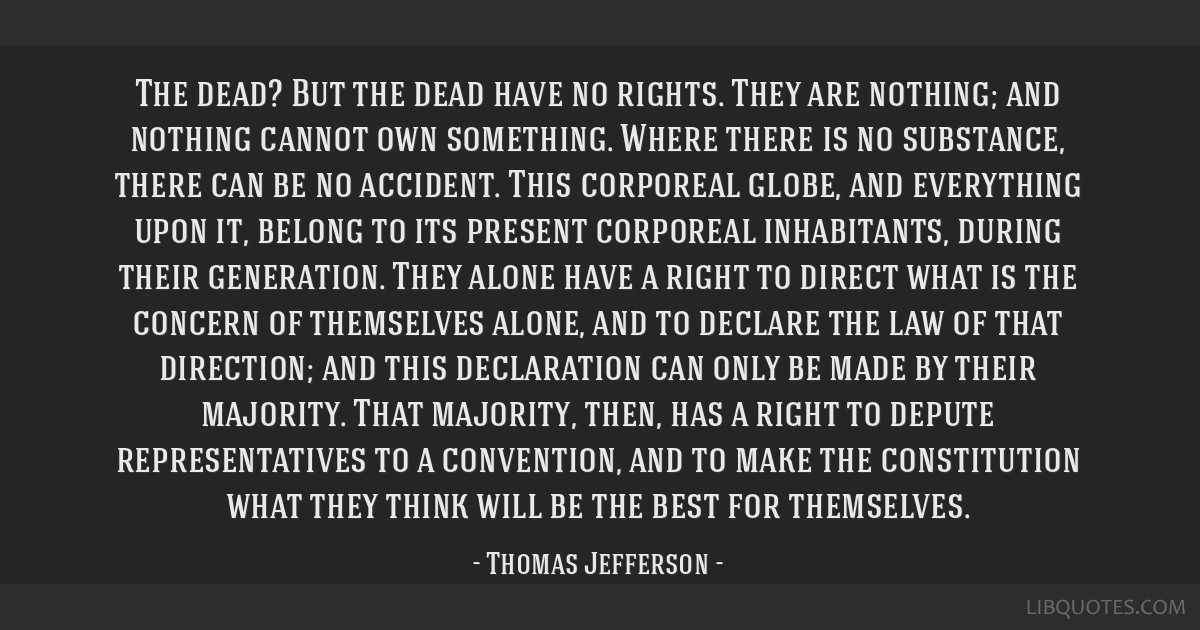 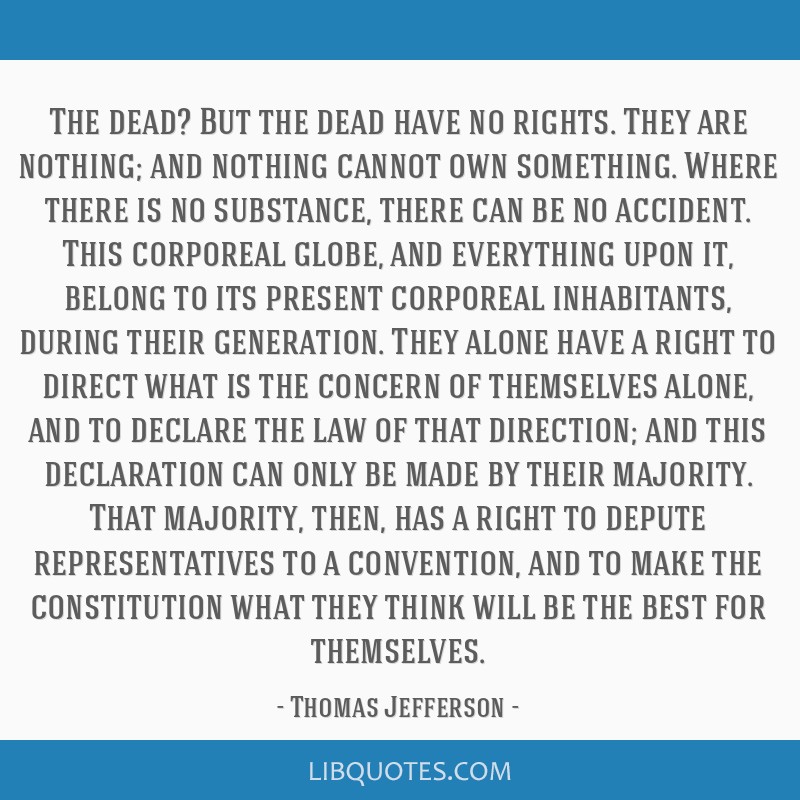 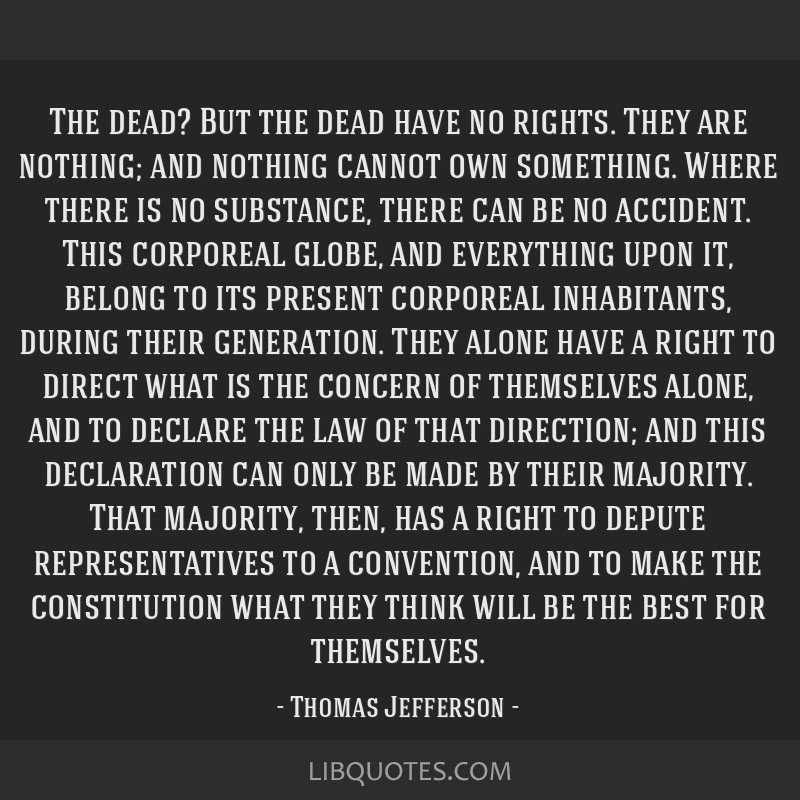