In our university [of Virginia] you know there is no Professorship of Divinity. A handle has been made of this, to disseminate an idea that this is an institution, not merely of no religion, but against all religion. Occasion was taken at the last meeting of the Visitors, to bring forward an idea that might silence this calumny, which weighed on the minds of some honest friends to the institution. 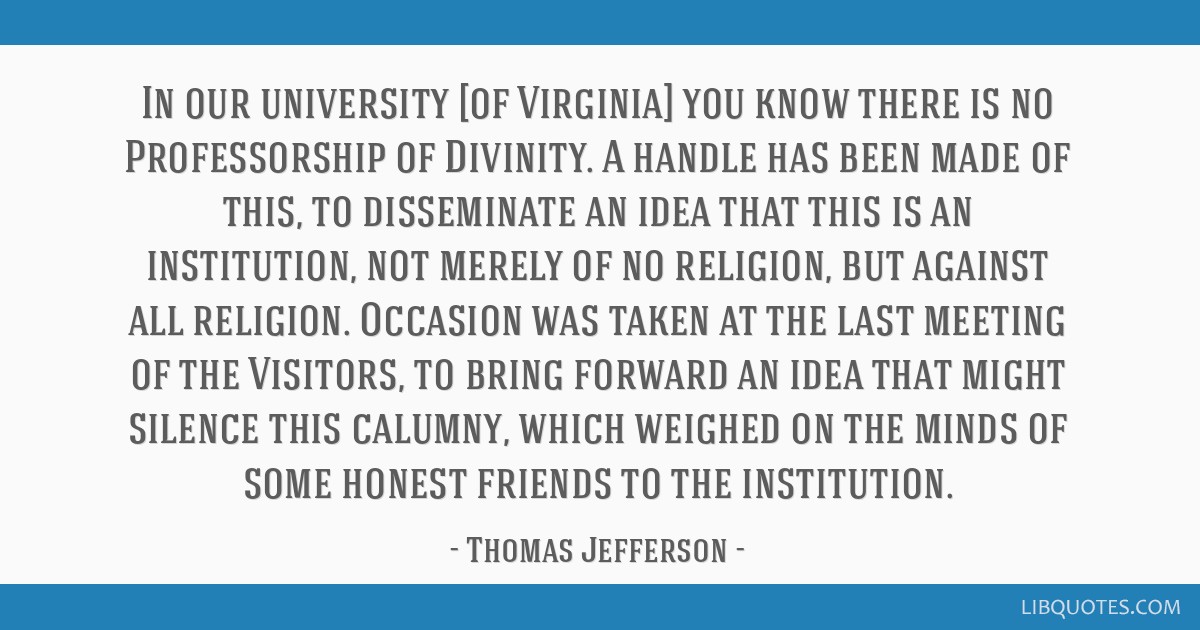 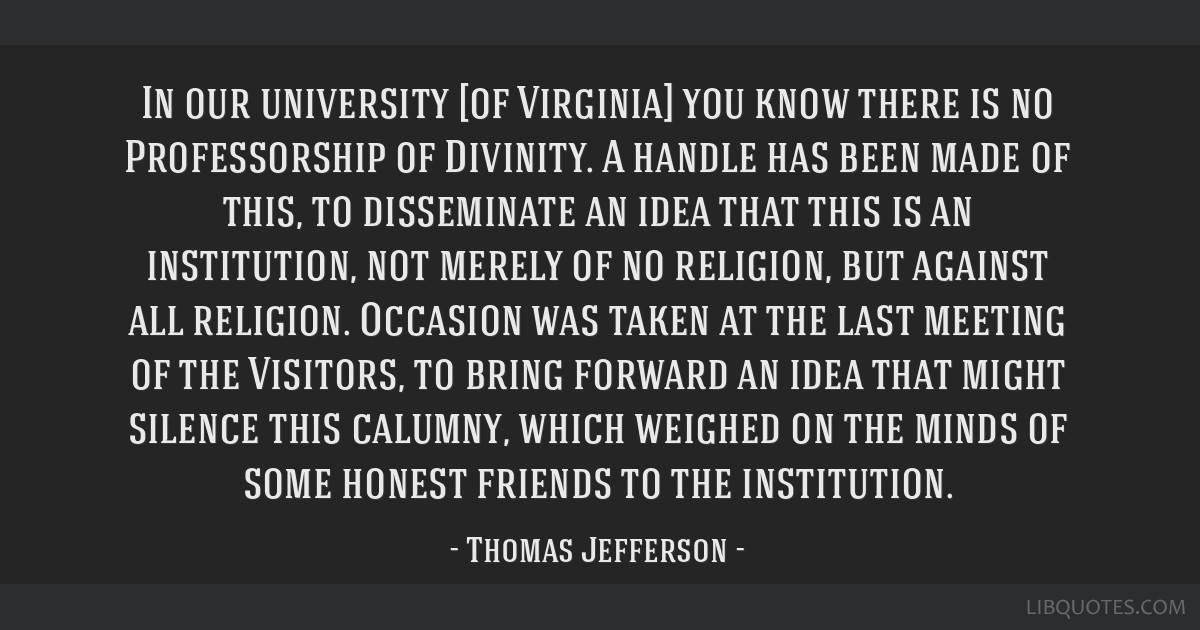 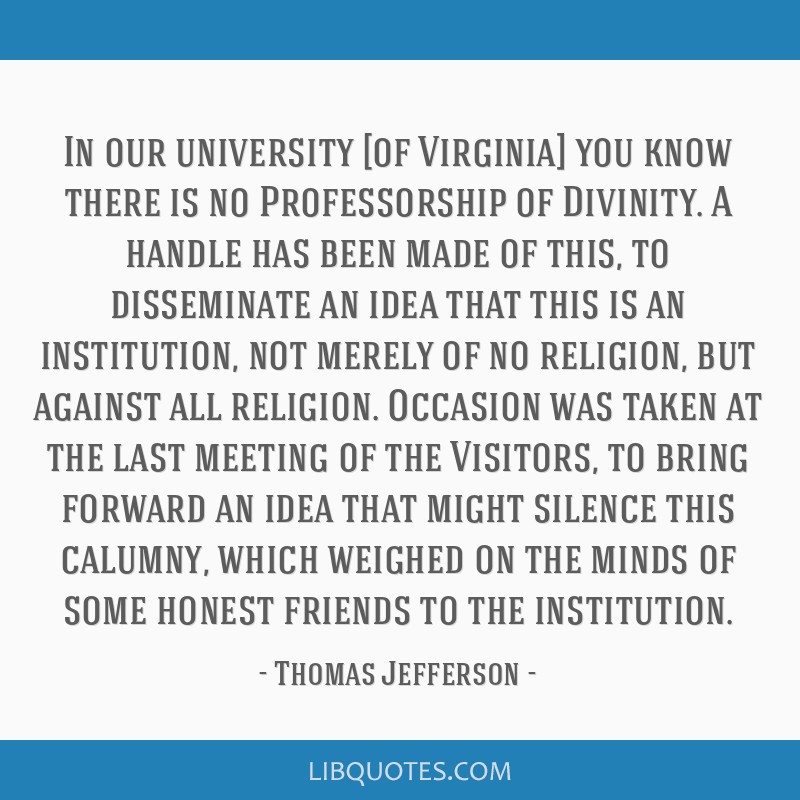 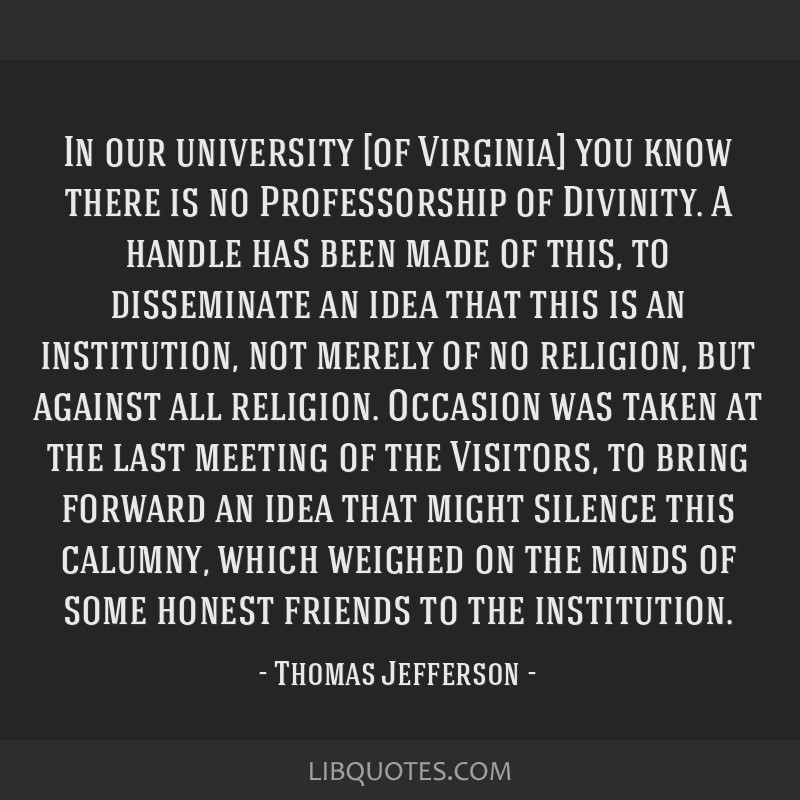