The priests have so disfigured the simple religion of Jesus that no one who reads the sophistications they have engrafted on it, from the jargon of Plato, of Aristotle & other mystics, would conceive these could have been fathered on the sublime preacher of the sermon on the mount. 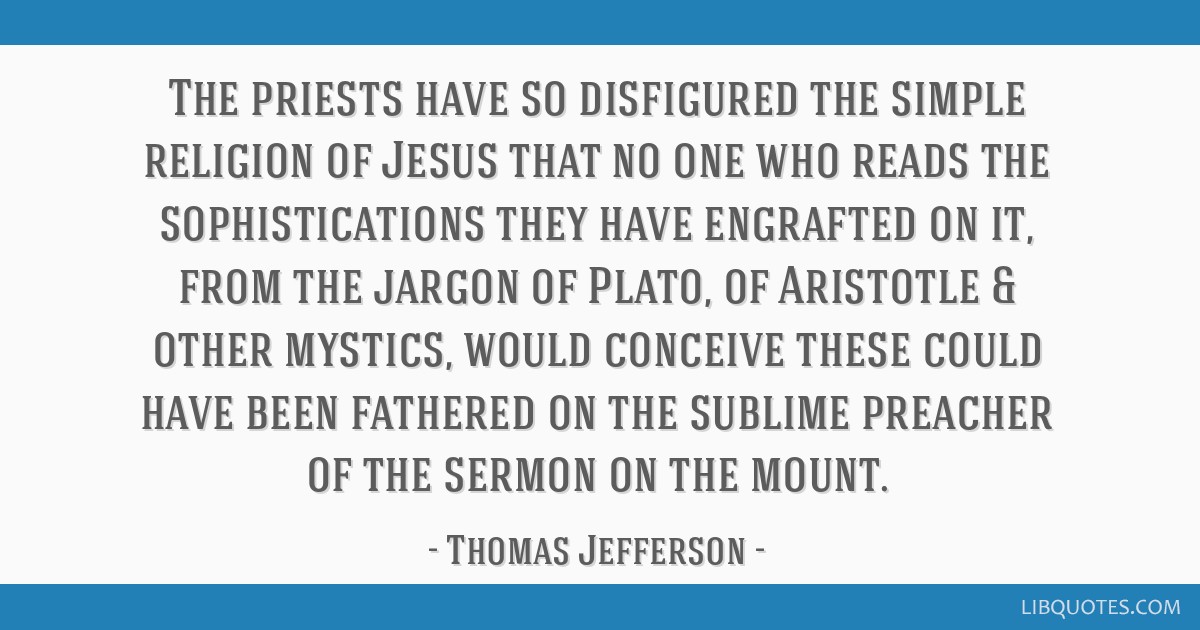 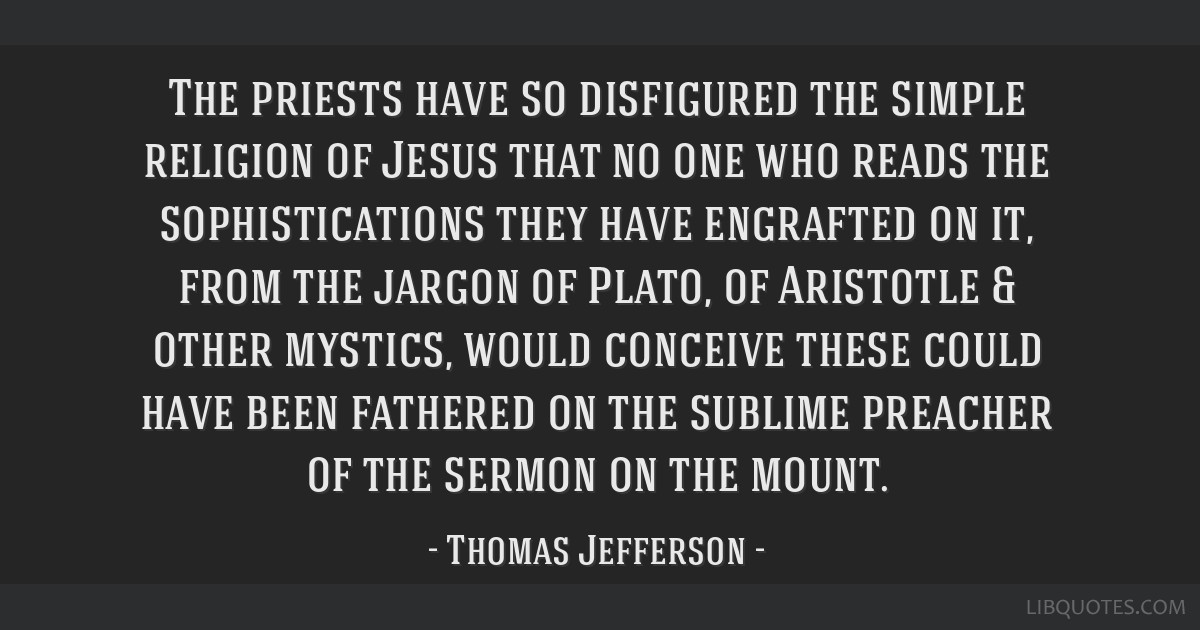 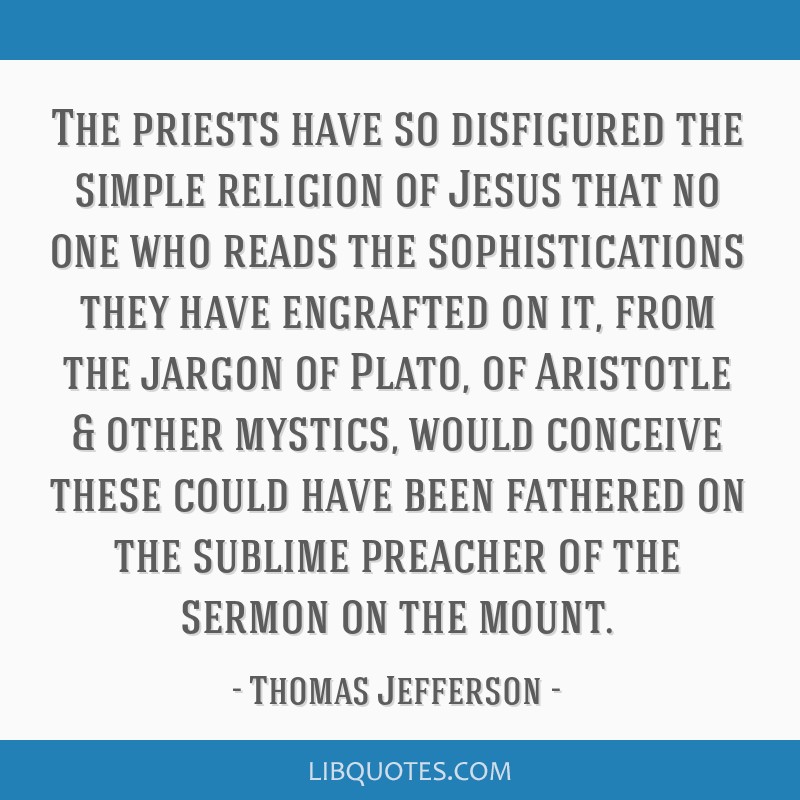 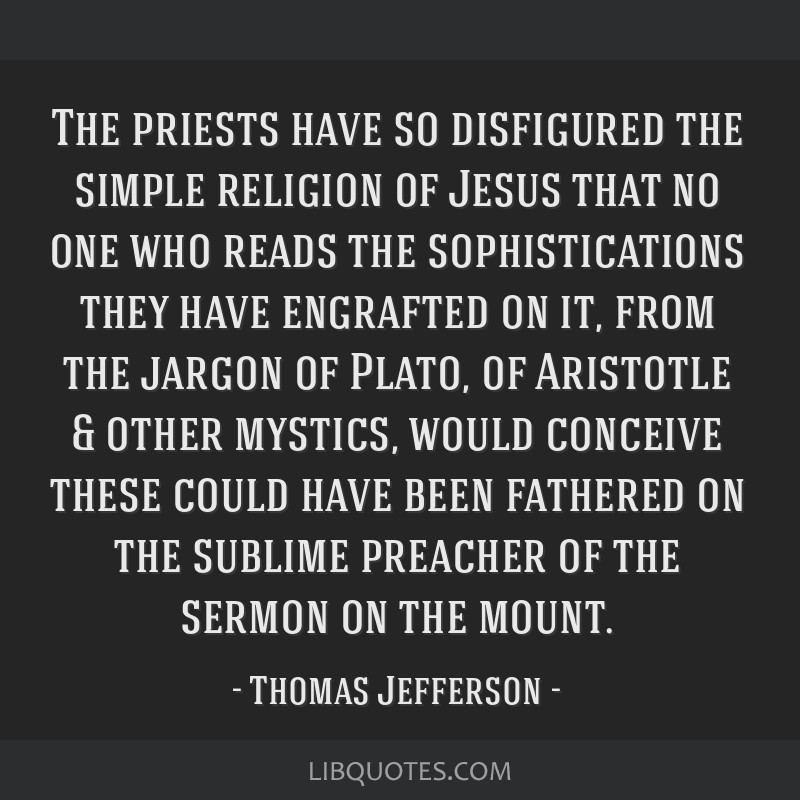