Americans were convinced in their own minds that they were very miserable, and those who think so are so. There is nothing so easy as to persuade people that they are badly governed. Take happy and comfortable people and talk to them with the art of the evil one, and they can soon be made discontented with their government, their rulers, with everything around them, and even with themselves.

Thomas Hutchinson
I told him his nerves were affected: Every molehill was a mountain. 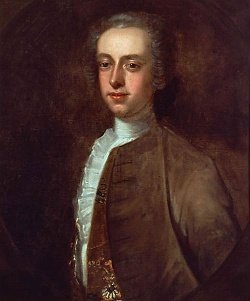 Creative Commons
Born: September 9, 1711
Died: June 3, 1780 (aged 68)
Bio: Thomas Hutchinson was a businessman, historian, and a prominent Loyalist politician of the Province of Massachusetts Bay in the years before the American Revolution. He has been referred to as "the most important figure on the loyalist side in pre-Revolutionary Massachusetts.
Known for: