If our nation can issue a dollar bond, it can issue a dollar bill. The element that makes the bond good, makes the bill good, also. The difference between the bond and the bill is the bond lets money brokers collect twice the amount of the bond and an additional 20%, whereas the currency pays nobody but those who contribute directly in some useful way. … It is absurd to say our country can issue $30 million in bonds and not $30 million in currency. Both are promises to pay, but one promise fattens the usurers and the other helps the people. 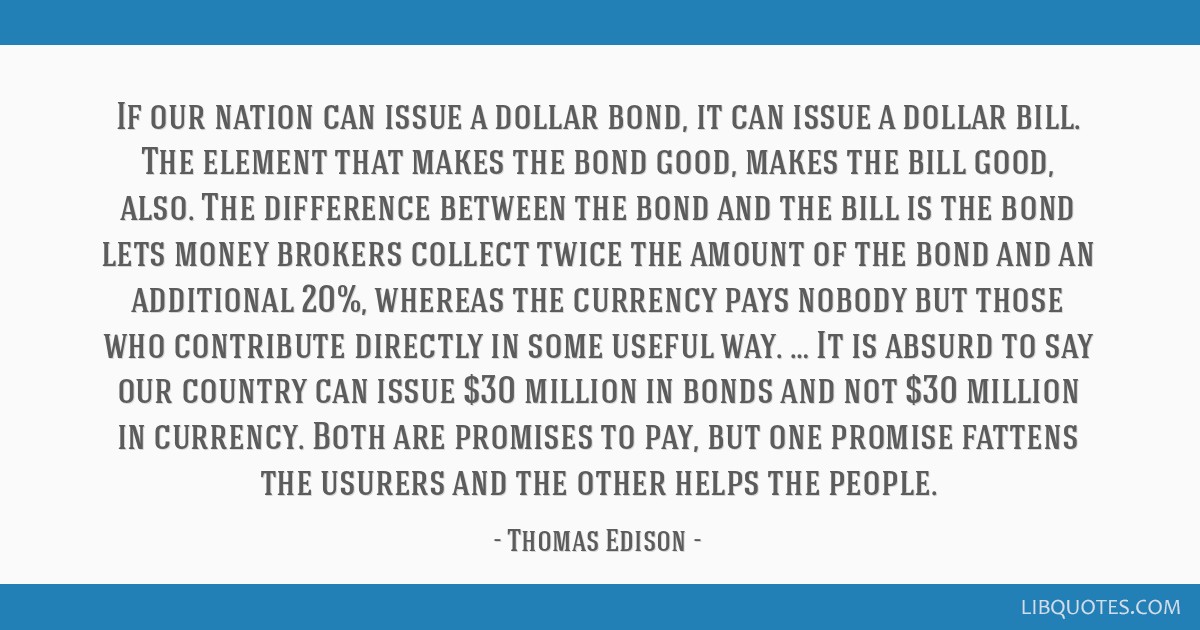 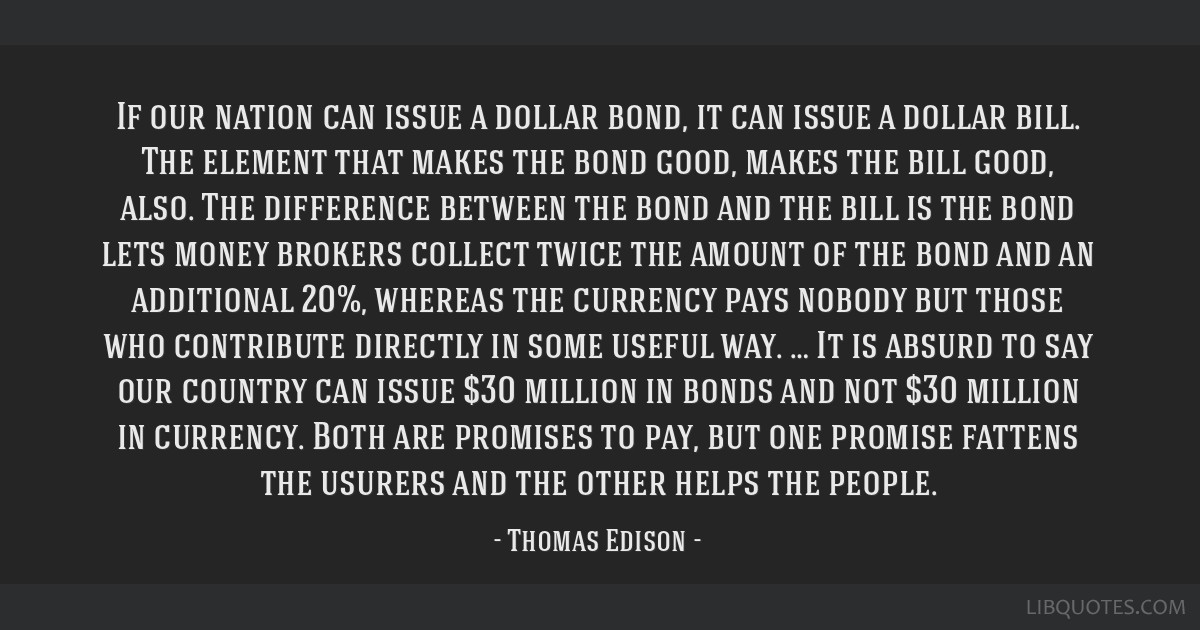 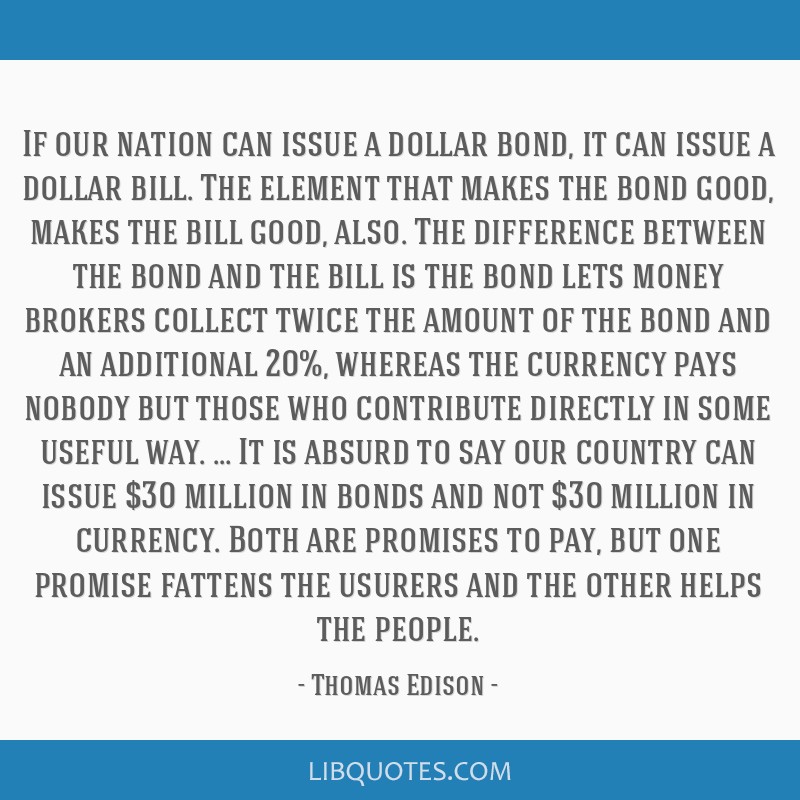 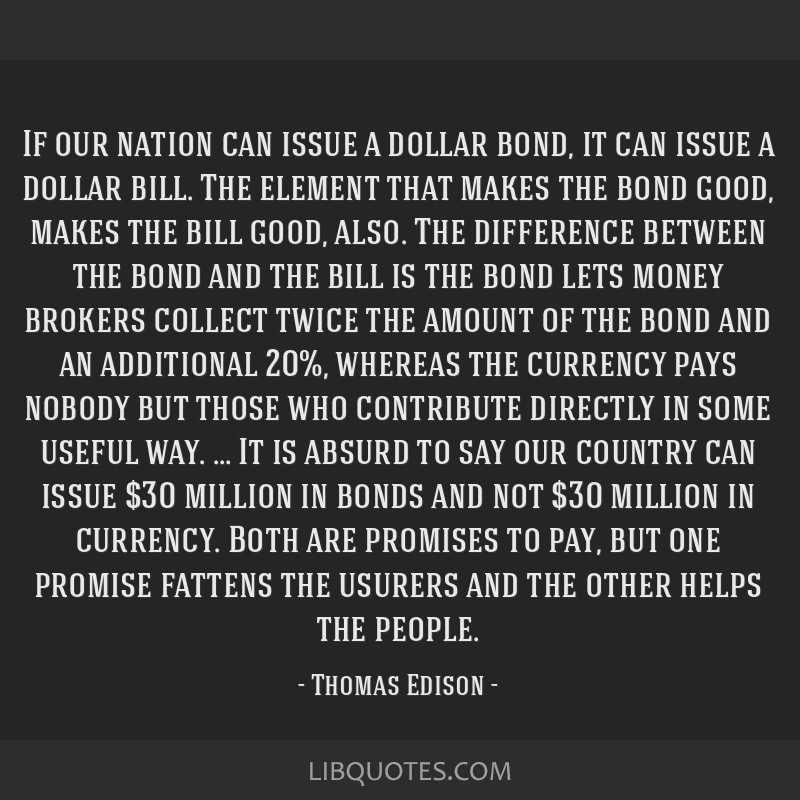 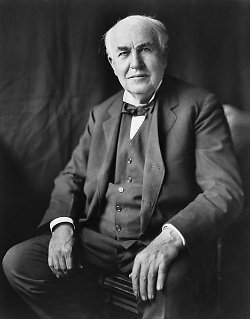