We of the great modern democracies must strive unceasingly to make our several countries lands in which a poor man who works hard can live comfortably and honestly, and in which a rich man cannot live dishonestly nor in slothful avoidance of duty; and yet we must judge rich man and poor man alike by a standard which rests on conduct and not on caste, and we must frown with the same stern severity on the mean and vicious envy which hates and would plunder a man because he is well off and on the brutal and selfish arrogance which looks down on and exploits the man with whom life has gone hard. 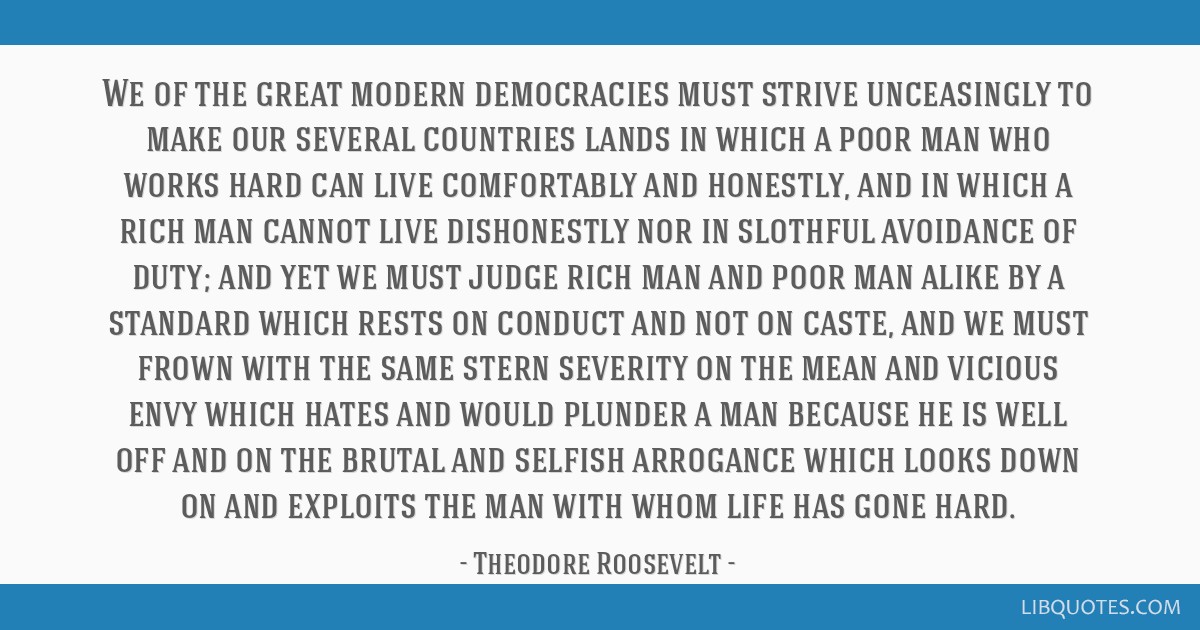 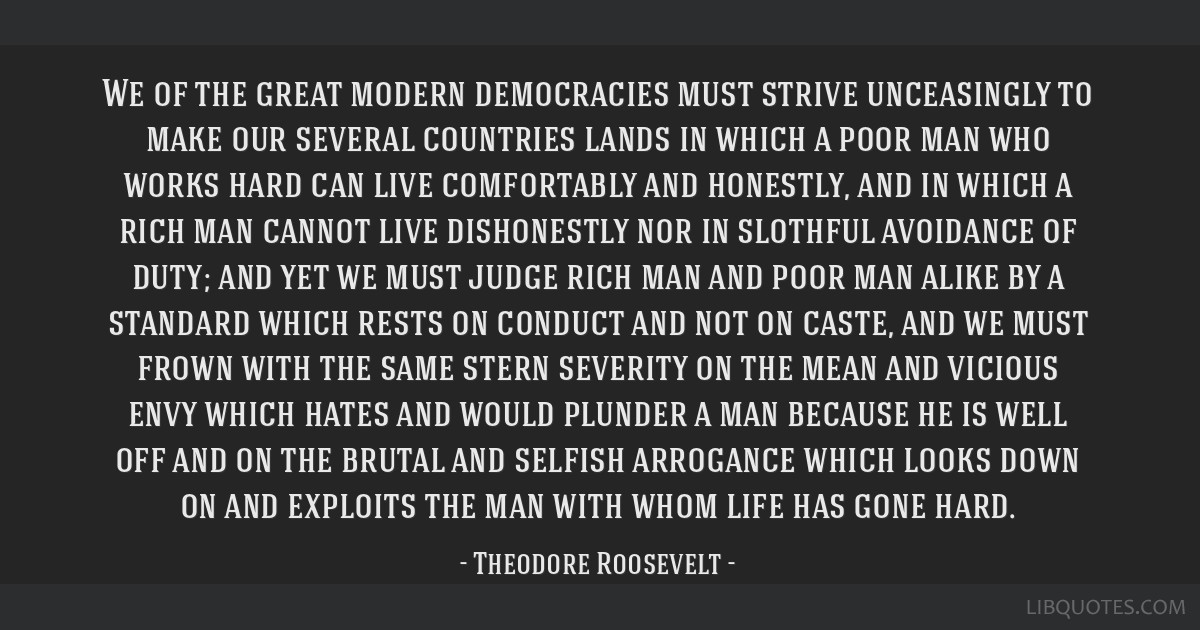 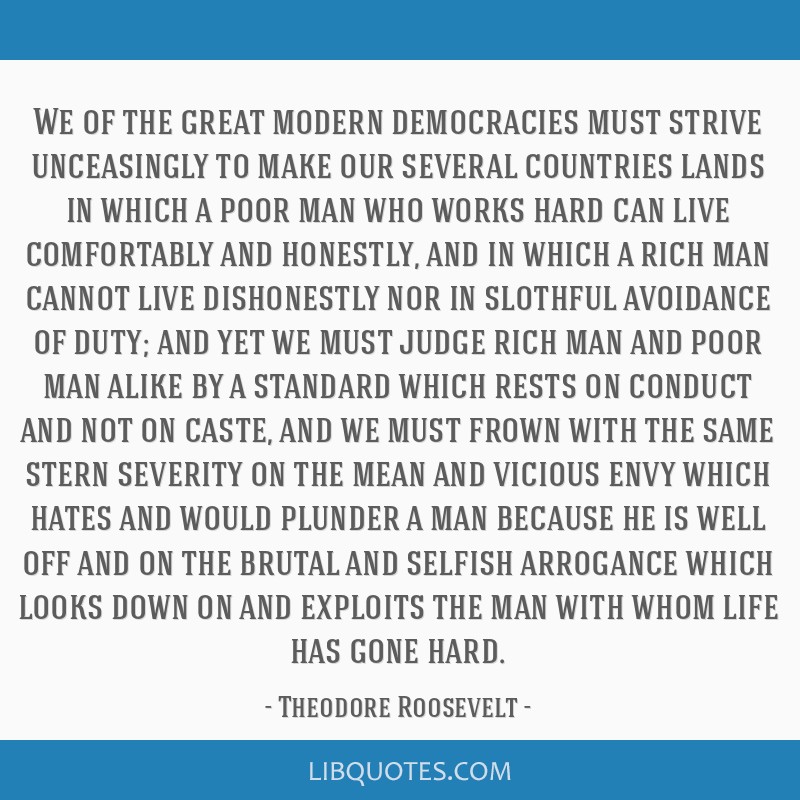 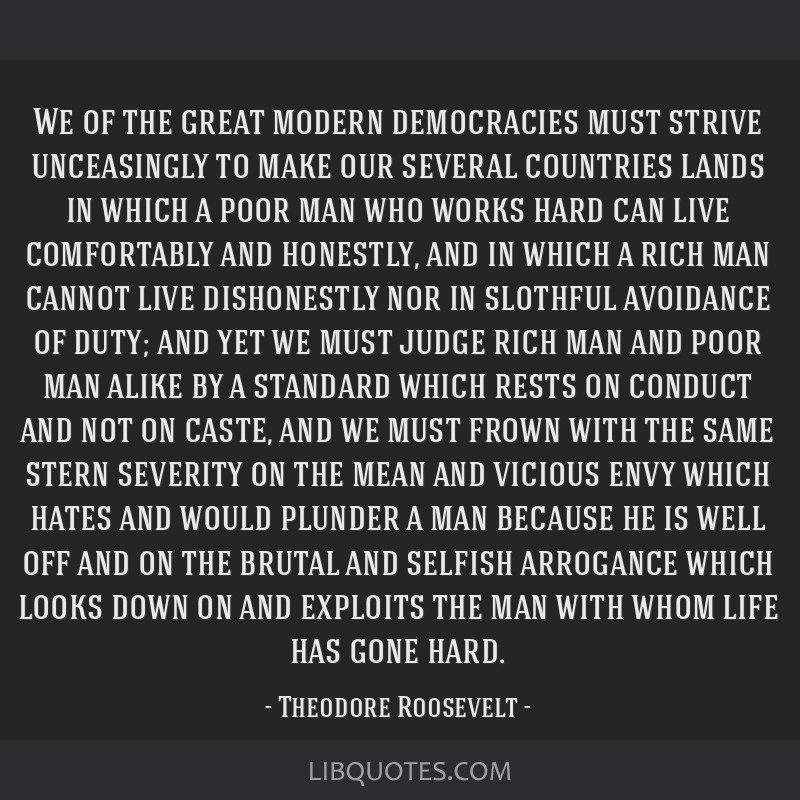